According to FindUniversity.PH, the "Philippine Universities Ranking is based on the aggregated passing rates of each school in all board exams that their graduates participated in. It is the first Philippine Universities Ranking that is based on relevant, up-to-date and measurable data. There are over 60 different board exams conducted by the PRC, and we aggregated the results from those board exams, ranked each school in each board exam, and then aggregated the rankings for each school, to come up with a Weighted Board Exams Ranking for each school.
Note that the official ranking contains only schools that were ranked in at least 10 board exams."
(please note also that Thoughtskoto didn't rank these schools but only posted the result from FindUniversity) 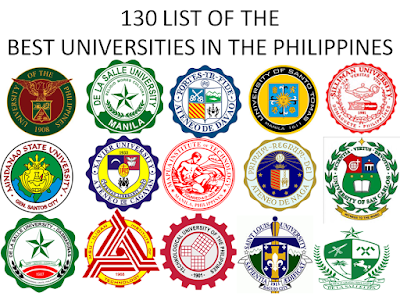 TOP 130 SCHOOLS AND UNIVERSITIES IN THE PHILIPPINES WITH THE MOST COURSES OFFERED AND MOST BOARD PASSERS
The ranking was based on the board examination result. 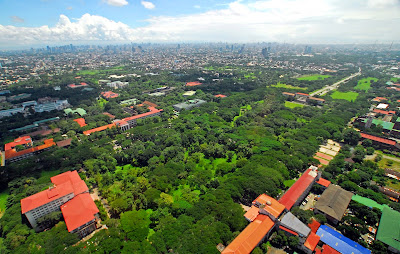 Aerial shoot of UP Diliman by www.upd.edu.ph

Update: Searching at least 5 board exams in the list will put Ateneo de Manila at Top 3 and will put UP Visayas as No. 1 in Western Visayas Region)

UPDATE, CHANGING THE NUMBER OF BOARD EXAMS WILL YIELD THIS RESULT. It means that Ateneo de Manila and the likes that offers few courses with board exams doesn't mean that they are not one of the best schools too. 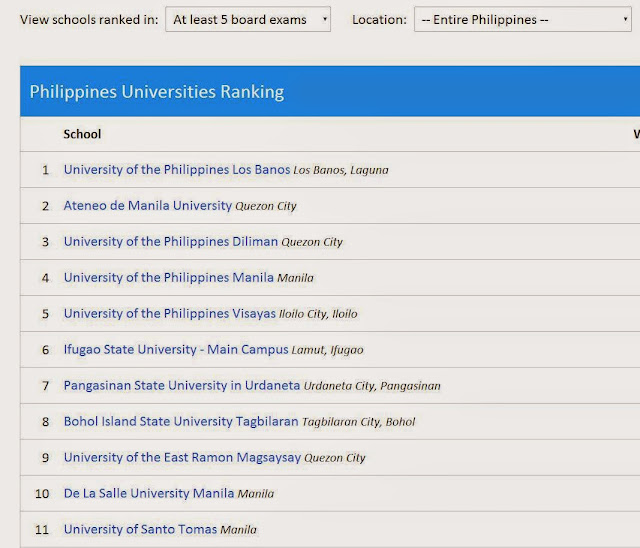 RELATED POST: ESTIMATED TUITION OF SCHOOLS AND UNIVERSITIES IN METRO MANILA, HOW MUCH?

UNIVERSITIES AND SCHOOLS BY REGION RANKED WITH THE MOST BOARD PASSERS IN AT LEAST 10 COURSES OFFERED WITH BOARD EXAMS
This article is filed under: Top School in Philippines, Philippines Top Universities, School Courses in Philippines
©2015 THOUGHTSKOTO
Share