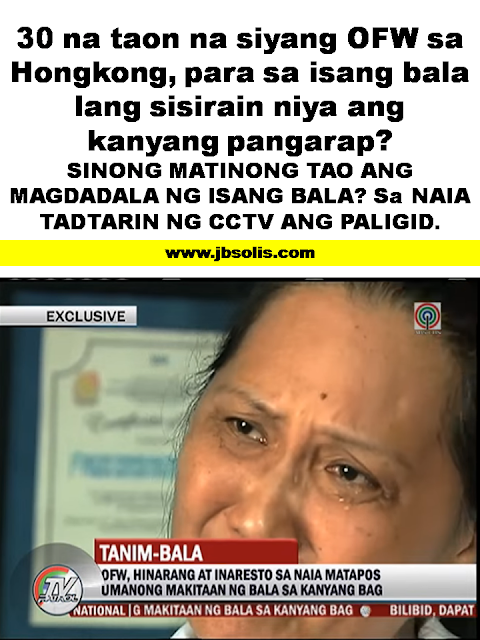 At a Senate hearing on terminal fee refunds, Honrado said the police had to arrest the OFW, a 56-year-old woman on her way to Hong Kong, as the bullet had all the components of live ammunition.
Pro-OFW groups, however, said the OFW, identified as Gloria Ortinez, has been working as a domestic helper in Hong Kong for 20 years and did not fit the profile of someone who would smuggle live ammunition abroad. Susan Ople of migrants' rights group Blas Ople Policy Center said the woman's travel history made it unlikely for her to bring live ammunition to the airport. 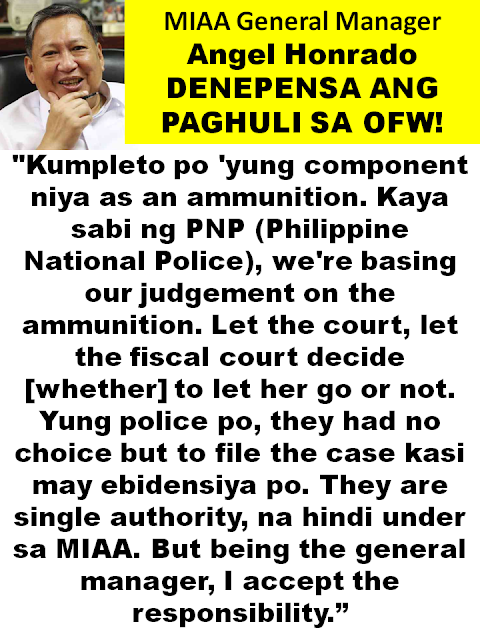 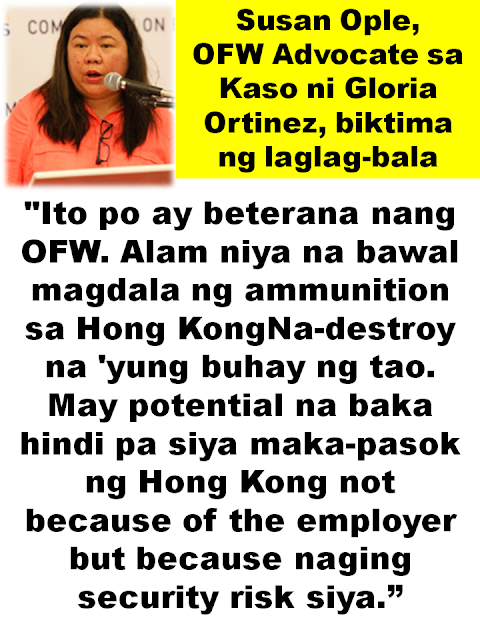 Villar, for her part, has called for an inquiry on complants against personnel of the Office for Transport Security (OTS), the group being blamed for the "laglag bala" extortion racket.  "May nagsasabi... na palagi raw ganyang klaseng bala, pare-pareho daw ang nahuhuli sa airport. Kaya nagkaka-[idea] sila na talagang may modus operandi," she said.
Read the full GMA News here

A Japanese tourist’s homecoming was delayed on Sunday after he was arrested at the Ninoy Aquino International Airport (NAIA) when two bullets were detected in his baggage.
Kazunobu Sakamoto, 33, was charged with illegal possession of ammunition at the Pasay City prosecutor’s office when two 9mm bullets were found hidden inside the breast pocket of a long-sleeved shirt in his luggage.

According to a report from the Aviation Security Group (Avsegroup), Sakamoto was supposed to be on a Philippine Airlines flight to Haneda, Japan, but was stopped at around 5 p.m., Sunday, right at the departure area initial security screening checkpoint of the NAIA terminal 2.

Avsegroup National Capital Region head, Senior Supt. Ricardo Layug Jr. said that when the Japanese national’s baggage went through the x-ray scanner, a security screening officer of the Office for Transportation Security (OTS) noticed something resembling a bullet inside.
Layug said that the screening officer immediately informed the baggage inspector who told the foreigner that his luggage needed to be subjected to manual inspection.