The POEA released warning after reports from Philippine Embassy  in Wellington that many Filipinos who applied as dairy farm worker used faked employment certificates in order to gain employment in New Zealand. 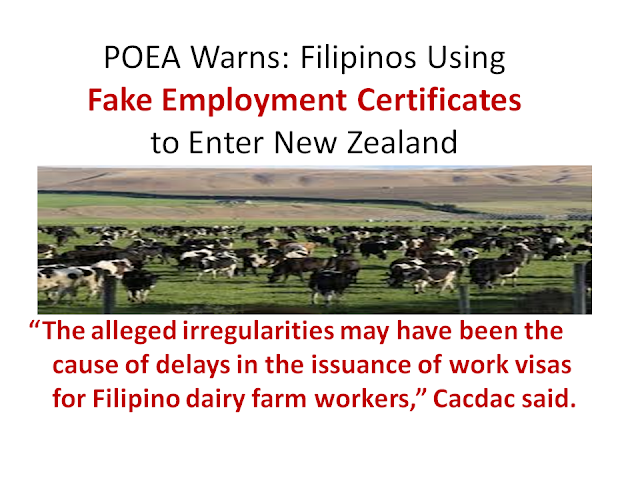 It has been reported that persons facilitating the issuance of fake documents for Filipinos applying to New Zealand are charging up to NZ$15,000.


He added New Zealand Immigration is being more scrutinous  when it comes to the job applications of Filipinos now because of this issue.

Ms. Rosalinda Baldoz also worries regarding the implementation of labor agreement between New Zealand and Philippines.

Read the entire post of Mr. Hans Cacdac of POEA regarding the issue.