Daniel Padilla on Why Endorsing Mar Roxas: "IT'S MY CHOICE."

MANILA - "Yes, I am."
These were the words of "Pangako Sa 'Yo" star Daniel Padilla when asked to confirm if he is throwing his support behind the 2016 presidential bid of Liberal Party standard-bearer Mar Roxas.
In an interview with ABS-CBN News at the sidelines of the first ever Push Awards on Tuesday, the 20-year-old Padilla said he has every right as a registered voter to pick a candidate for the upcoming elections. 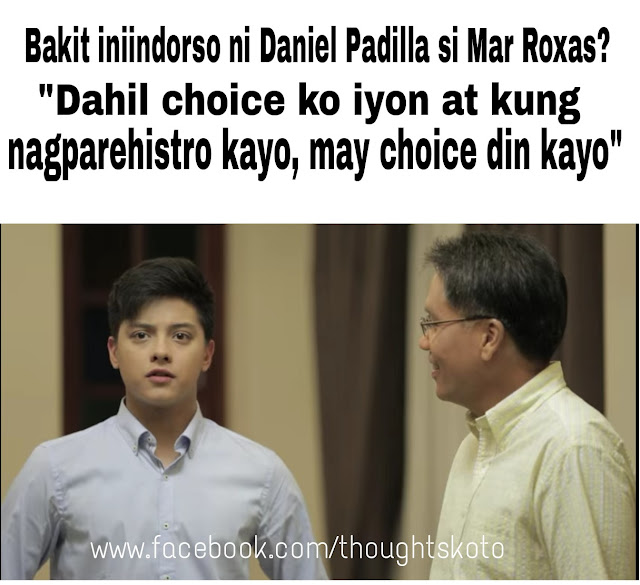 Daniel Padilla the young actor of Pangako sa'yo admitted that he is endorsing Mar Roxas this presidential election. Watch the videos below. 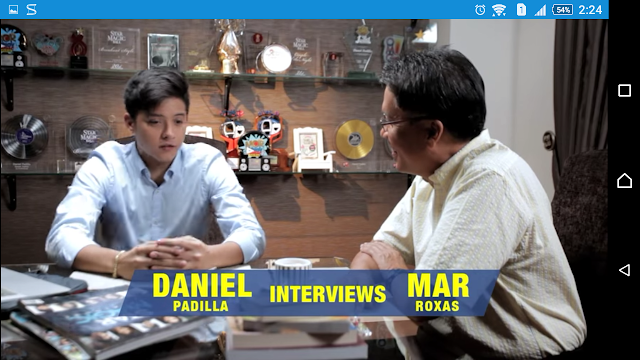