Duterte Has a Video That Will Prove Tanim-Bala is a Syndicate?

DAVAO City Mayor Rodrigo R. Duterte calls on President Benigno C. Aquino III to stop the ‘tanim-bala’ modus at the Ninoy Aquino International Airport, saying that he never asked the president any favor in exchange for his support in the 2010 elections until now 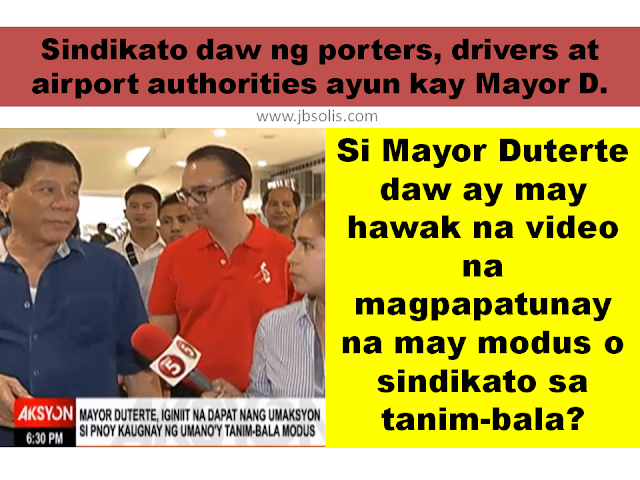 Watch the video below.


Duterte made an appeal to President Benigno C. Aquino III last Monday to make drastic moves to solve the problem, saying that he never asked for any favor in exchange for his support, except this one.
He also said that the President must relieve all officials and employees connected to the Civil Aviation Authority of the Philippines (CAAP) and the aviation command including also the porter services and drivers.
Duterte said only a conspiracy with porters, drivers, and airport authorities can create such a situation.
Read the rest of the news here