Duterte's Option if Comelec Don't Allow Him To Run As President

The complications of Mayor Rodrigo Duterte's Presidential bid has brought so many rumors with other possible options so he could run as presidential candidate. Last week, OFW Family Party List Rep. Roy Señeres offered him a chance to become his substitute with 3 conditions, along with this he must also transfer to his political party. 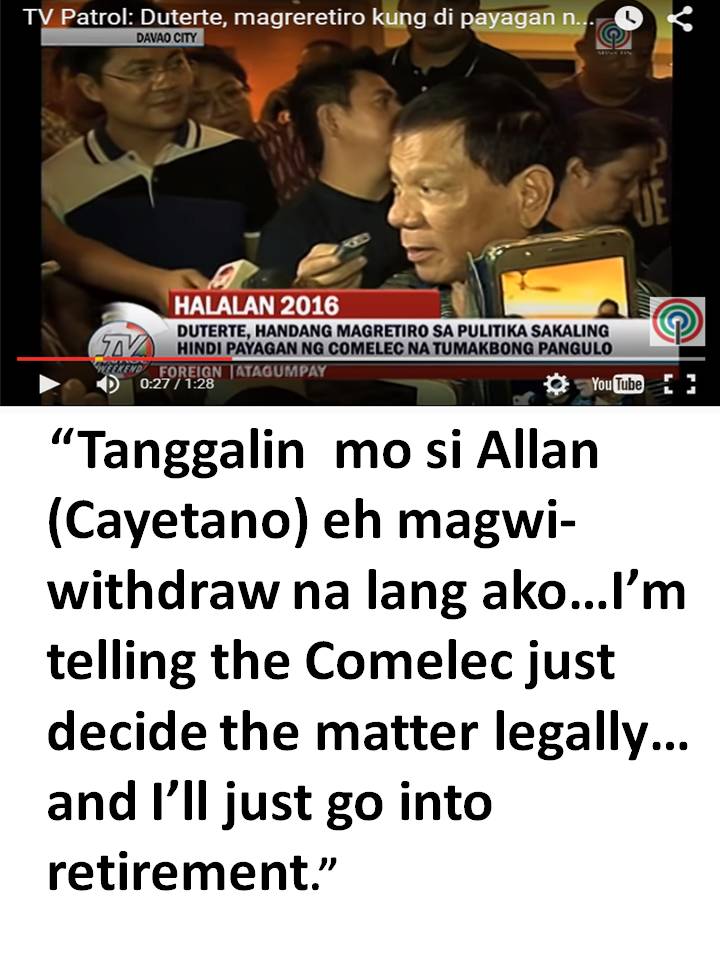 Mayor Duterte filed his COC already as a substitute for Martin Diño as PDP-Laban  presidential candidate.
In a statement made by Mayor Duterte, he made it clear that without Allan Cayetano as his tandem (Vice President) he would withdraw. He also added that Comelec simply has to decide the matter legally and if his bid as Presidential candidate won't be accepted he will simply retire.

"I don’t have any problem with that if it is the decision of the Comelec,” he said.
“If the Comelec decides to disqualify me, so be it. I won’t die if I don’t become President,” Duterte said.
©2015 THOUGHTSKOTO
Share