In a report via Emirates 24/7, Dr Tawfiq Khowja, director general of the executive office of the Gulf Cooperation Council (GCC) health ministers said that, "many housemaids coming from the Philippines to work in the oil-rich Gulf have been found to be sick in the absence of measures to examine them before they arrive". 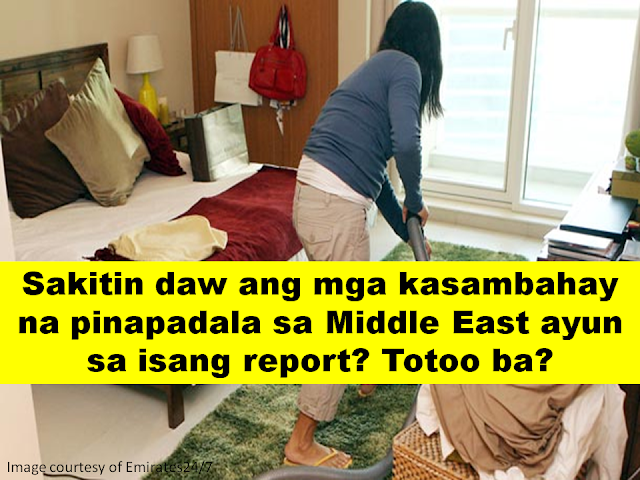 We suspect that this was in relation to the abolition of the GAMCA or the Gulf Approved Medical Centres Association which was abolished and instead allowing OFWs to choose clinics for physical and medical exams as long as the hospital are within the lists of accredited hospitals by DOH.
SEE LISTS HERE 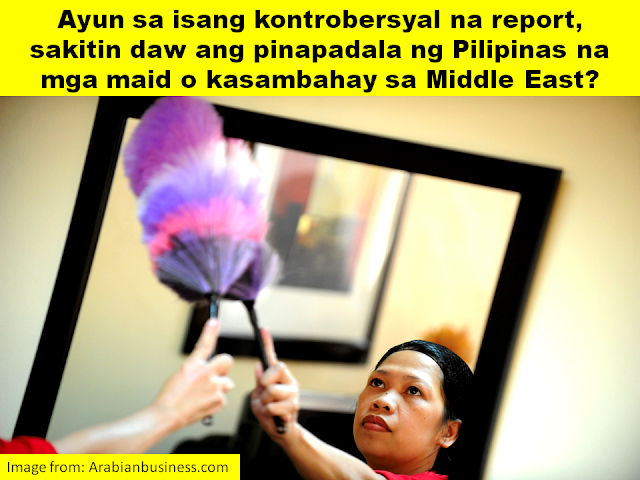 Dr. Khowja said: “Many of those centres are forging medical reports issued for those maids and other domestic workers…this has led to a large increase in Philippine domestic workers who are sick or are unfit for work,” he said.

Khowja said the executive office has reported the problem to the Riyadh-based GCC secretariat to take the necessary measures. 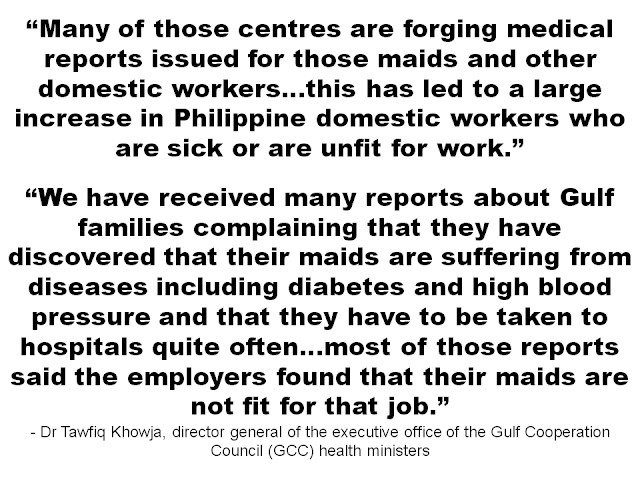 Read the news Source
Is is true? What measures that the Philippine government and recruitment agencies are taking to avoid this to happen and to ensure that this is being addressed properly?

On the other hand, some hospitals and medical centers in the Philippines are accused of having modus, the tanim sakit that victimized OFWs and those applying for jobs abroad.