Back in August OFWs accepted the apology made by BOC  BOC Chief Alberto Lina after the clamor of OFWs when the Bureau started opening balik-bayan boxes with the plan to implement strict rules on custom tax. He later  said, "To our overseas Filipino workers, the Bureau of Customs is not increasing taxes on the balikbayan boxes..." 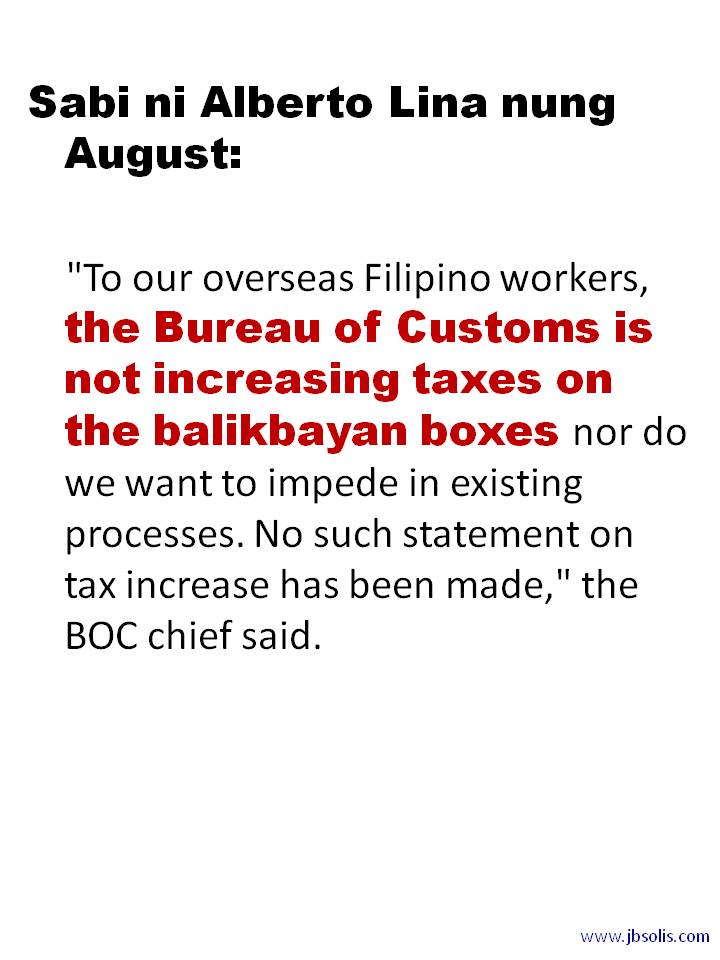 But then, in September, the Bureau of Customs increased the tax, perhaps not directly on the boxes sent by OFWs but  on shipping containers to be paid by freight forwarders. From Php 80,000 the tax collected on a shipping container was increased to Php 120,000 and then to Php 180,000 in October, a hefty 125% increase in couple of months. 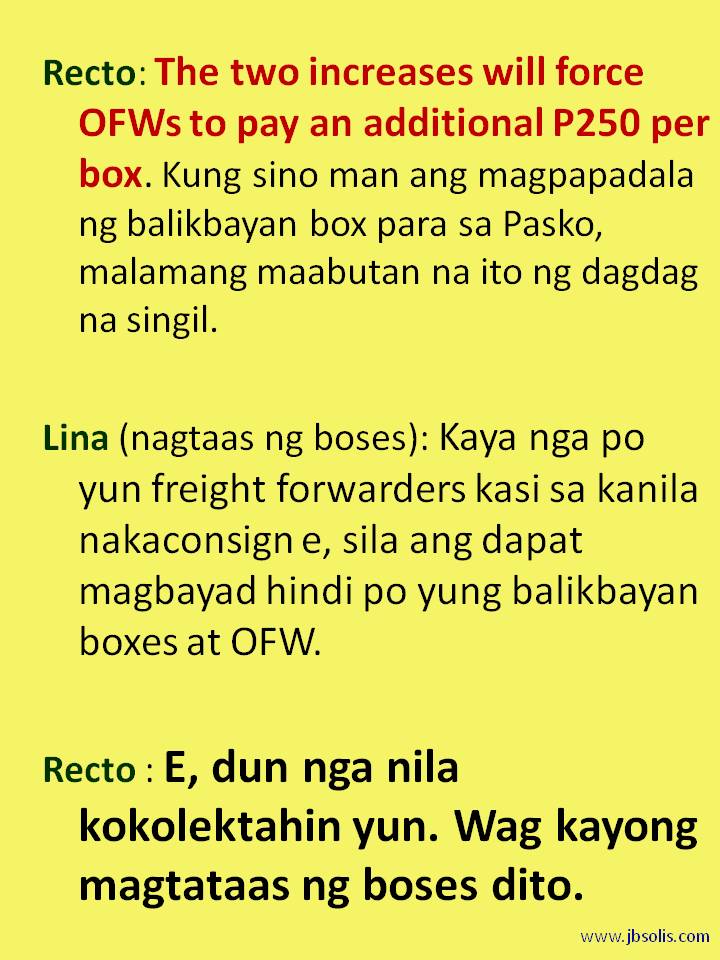 After the tax increase were imposed, did it really affect the OFWs or BOC Chief Lina was correct?
PEBA made some query among its OFW community in Facebook with the following comments regarding increase on shipping charges: 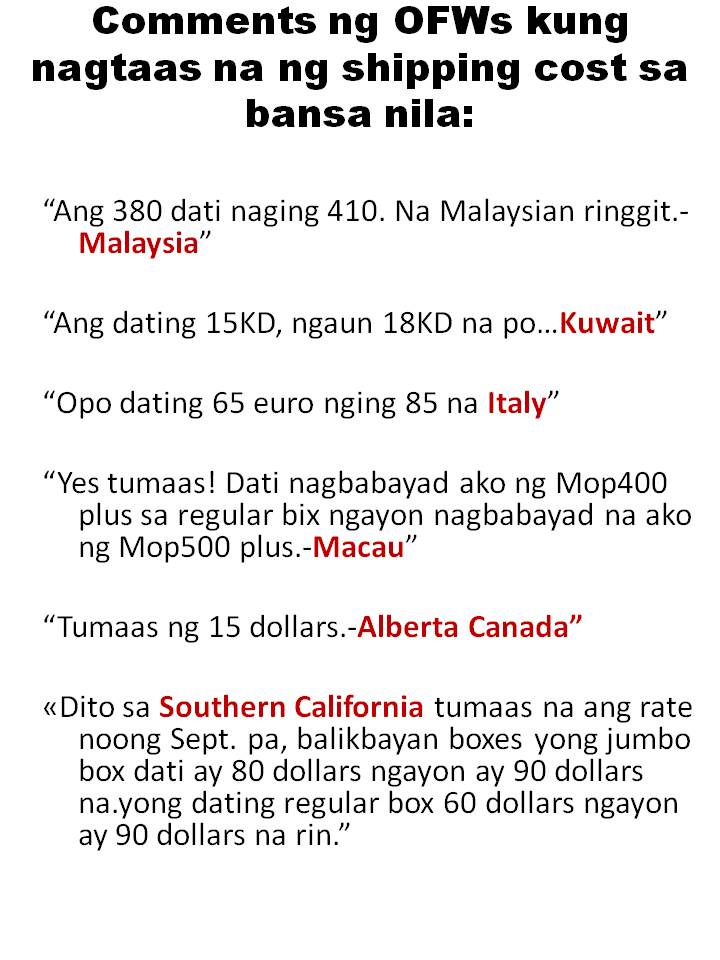 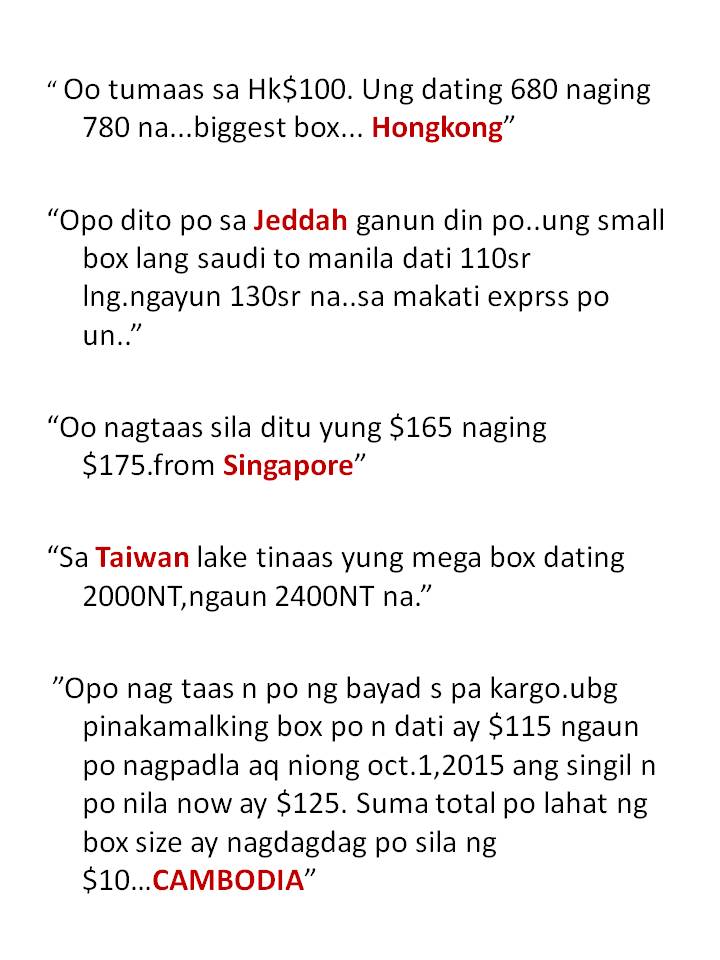