"To avoid incidents such as "tanim bala" (bullet planting), airport authorities will soon put up final check disposal booths where passengers can throw away prohibited items before they go through X-ray screening.
But unlike usual trash bins inside airports, Manila International Airport Authority (MIAA) plans to put up these special bins outside the terminal where passengers line up.
MIAA spokesperson Dave de Castro said on Friday (November 13) that airport authorities were looking at two to three of these booths at every Ninoy Aquino International Airport (NAIA) terminal, and each booth would be enclosed for passenger privacy.
"We will not be questioning passengers after they drop certain items," De Castro said.
Passengers can enter the booth one at a time, and once they throw away the item, it can no longer be recovered."
Read more Via CNN PHILIPPINES 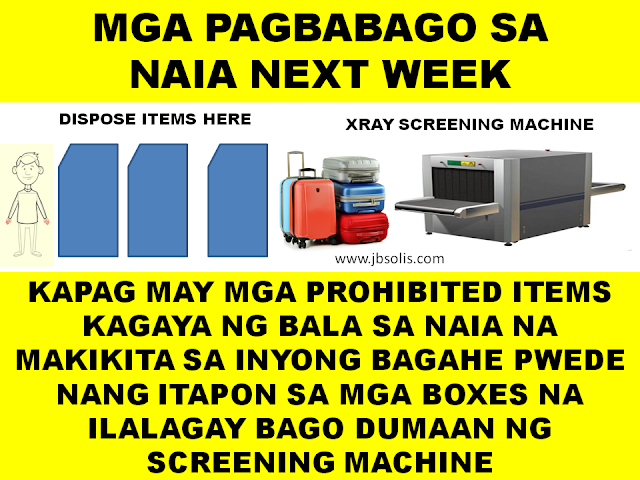 After passing through this booths, if you are found with bullet still in your baggage, you will be brought to INTERROGATION ROOMS

video will only be viewable by laptop and desktop.
Watch video!

try this mobile video below

via Inquirer News: “Another innovation is the setup at Naia of interrogation rooms with full audio and video recording so everything that is happening inside is transparent,” Guerzon told the Inquirer.

The rooms will be placed past the initial X-ray scanners so when a bullet is still found in a passenger’s baggage, even after all the reminders and the last look booths, the security cameras can prevent any “shady transaction.”

“Everything will be recorded so we can prevent any possible extortion activity from happening. It will also discourage a bullet-carrier from making false claims or trying to bribe law enforcement agents,” he pointed out.


All these, Guerzon said, might be in place by next week in time for the Asia-Pacific Economic Cooperation summit."


Is this the solution of NAIA to the tanim-bala scams and will this be effective? 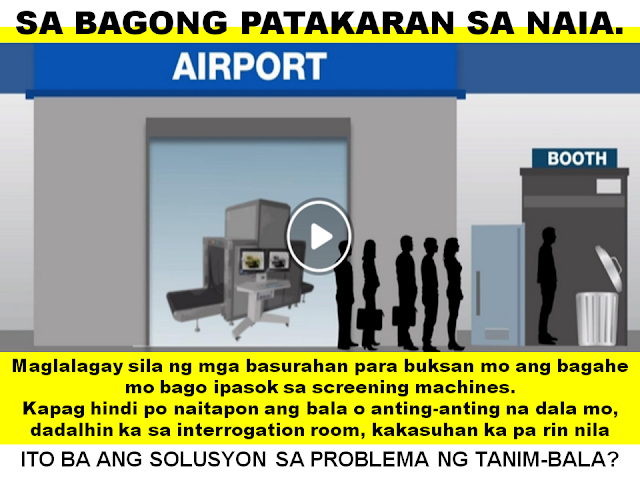 On the other hand, OWWA issued this advisory to all OFWs