An overseas Filipino worker (OFW) who was arrested for allegedly having a bullet in her luggage is in danger of losing her job in Hong Kong, her lawyer said Tuesday.

Ortinez has been forced to stay in the country pending the investigation of her case.
Farolan added that Ortinez's employers had watched an interview on Umagang Kay Ganda where she said she is traumatized by her arrest after an airport screener found a bullet inside her bag. 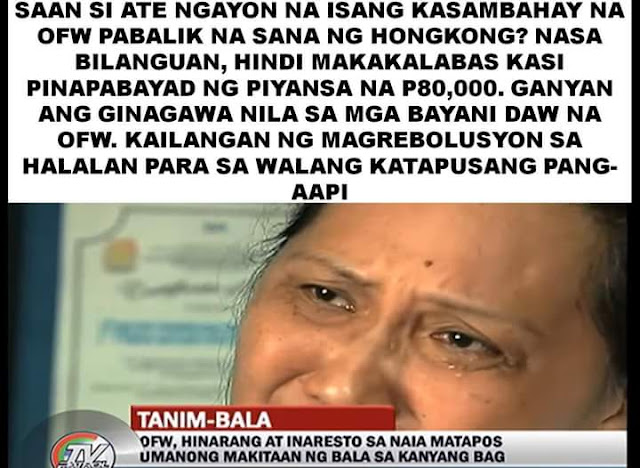 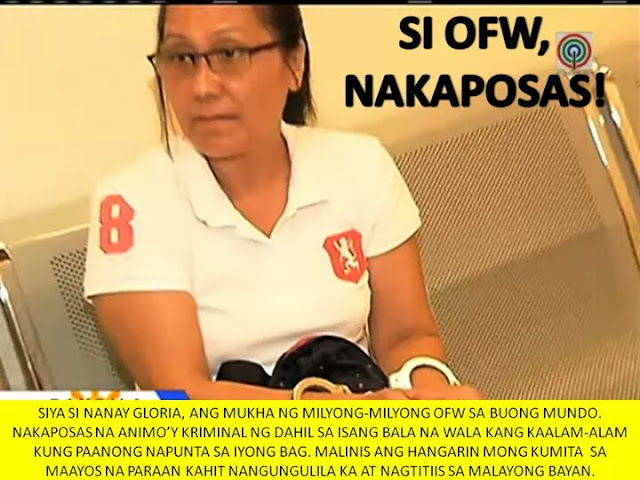 Ortinez earlier said she did not know about the bullet, especially since there was no bullet detected in her bag when she was at the Laoag International Airport.
She was later released without having to post bail after the fiscal's office said the evidence submitted by the members of the Philippine National Police (PNP) Aviation Security Group is questionable.
PO3 Careen de Padua and PO1 Rommel Ballesteros were removed from their posts after the bullet they submitted to the fiscal's office was different from the one allegedly found in Ortinez's bag.
Ortinez also claimed that the airport officials who apprehended her forced her to pick up the bullet.
LIST: Passengers allegedly victimized by 'tanim-bala'
Farolan said ABS-CBN has helped Ortinez in seeking immediate help from a psychiatrist. The OFW is also coordinating with doctors from the University of the Philippines for long-term counseling.
Ortinez's camp is also seeking help from the Office of the Ombudsman should the OWWA remain impassive.