POE AND ESCUDERO LEADING THE SURVEY BY PULSE ASIA

In a survey commissioned by a private group and initially released to The Manila Times, independent candidate Poe got 39 percent. The results were published on Tuesday.
Opposition leader Vice President Jejomar Binay received 24 percent while administration standard bearer Mar Roxas got 21 percent. On the other hand, Senator Miriam Defensor Santiago had 11 percent. 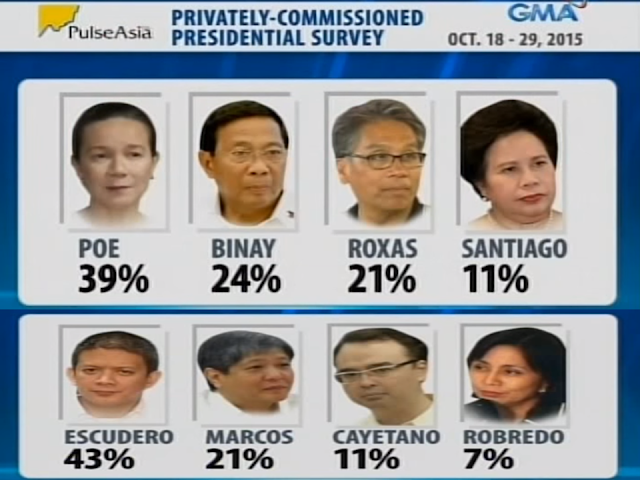 screenshot from GMA News video
The  survey conducted from October 18 to 29 asked 3,400 respondents all over the country who they would vote for President if ever the elections were held today.
The October survey results had a margin of error of plus or minus 1.7 percent and was conducted days after the filing of certificates of candidacy of those seeking elective posts in 2016.