Señeres Gives 3 Conditions For Duterte To Be His Substitute Candidate

OFW Family Party List Representative Roy Señeres said today that he is open to the possibility that Mayor Duterte would substitute him as the Presidential candidate. However, he mentioned 3 conditions must be met. 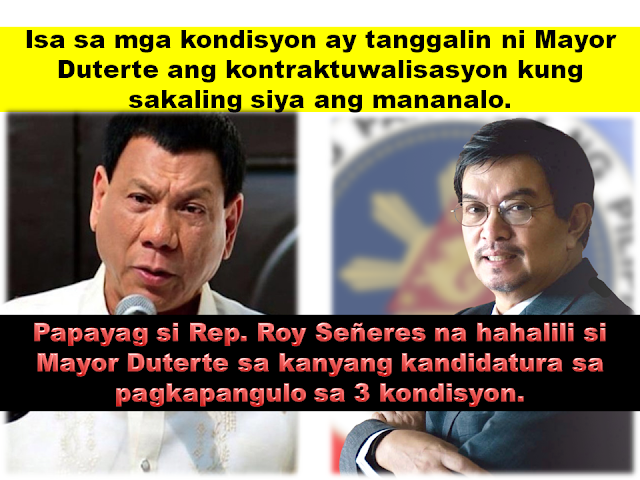 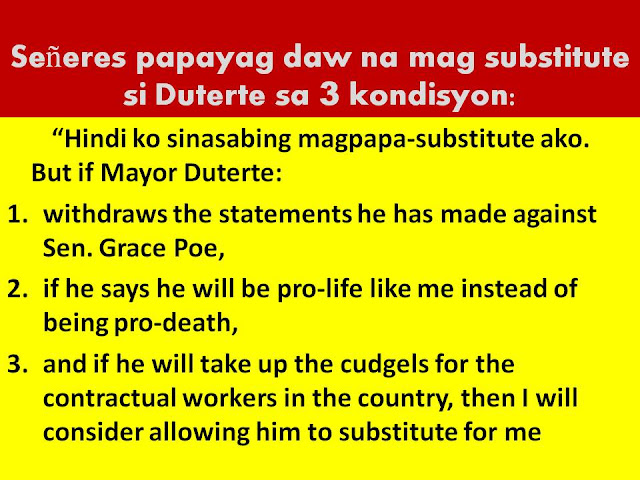 In order for this substitution to happen in case the conditions set by Señeres are met, according to the Commission on Elections, the substitute candidate, and the one withdrawing from Presidential bid should come from the same party or coalition. In line with this Señeres added “He (Duterte) could swear an oath of allegiance to the FPP. As a member, he could run for any position he pleases. No one’s stopping him from switching parties”.


Few days ago, he had a radio interview where he also said that they (Duterte and Señeres) should talk regarding supporting each other and he explained why he believes Sen. Grace Poe should be allowed to run.