Via ABSCBN NEWS: "The lawyer of an American missionary allegedly victimized by the "tanim-bala" scam said there were several irregularities in the arrest and inquest of his client.
Atty. Ernesto Arellano said foreigner Lane Michael White, 20, visited the Philippines for the first time on September for missionary efforts with his father and stepmother. No bullet had been detected inside his luggage during his international flight from China." 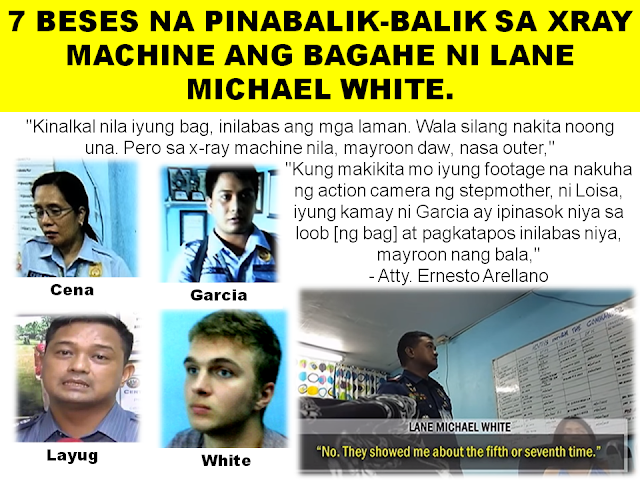 "On September 16, the family's flight to Coron, Palawan was cancelled after a two-hour delay at the Ninoy Aquino International Airport (NAIA). They then spent the night at a nearby hotel.

The family went back to the airport the following day, September 17, but failed to board the plane after airport security screeners claimed they found a bullet inside White's luggage.
Arellano said that after the luggage first passed through the machine, security screeners dug through the American's bag with their bare hands and laid out all its contents but failed to find the bullet."
Read more here