HUSBAND HIRED A FARMER TO KILL HIS OFW WIFE

Share
Imbestigador focus on the reported incident where an OFW was killed by a farmer who was allegedly hired by her husband. Watch the video below. 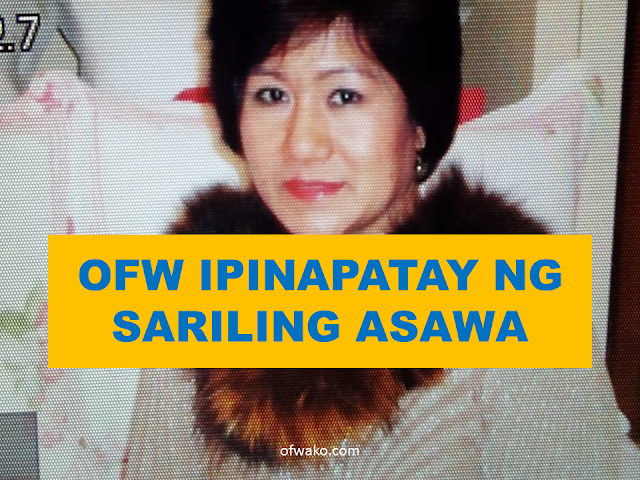 This report via Tempo News
,
(A HUSBAND HIRED A FARMER TO KILL HIS OFW WIFE


A 50-year-old OFW was stabbed to death Tuesday night by a hired killer allegedly paid by her own husband in Santiago City, Isabela.
Police arrested the self-confessed killer, Joel Felmon, 51, a farmer, shortly after attacking Nenita Adaoag, an OFW from London and owner of the Camella Subdivision in Santiago City.
Her body was found with multiple knife wounds at about 7:20 p.m. on Tuesday inside her house at Barangay Villa Pascua, Diffun, Quirino.)
Source