DID MAR ROXAS, DANIEL PADILLA and KATHRYN BERNARDO VIOLATED ELECTION RULES IF THEY TOOK PICTURES OF THEIR RECEIPT OR BALLOT OR TAKING PHOTOS AT THE PRECINT?


In COMELEC Resolution No. 9571, the Comelec states that the use of carbon paper, paraffin paper or other means of making a copy of the contents of the ballot is prohibited.
Other modes to identify one’s vote, including the use of digital cameras, cellular phones with cameras and other similar gadgets are also banned.

But according to the Comelec spokesperson James Jimenez

“It’s legal to take photos of your blank ballot. But once it is already filled out, you cannot take a picture of it, as such action is tantamount to making a carbon copy of it, which is prohibited.”

COMELEC WARNING: 6 YEARS IMPRISONMENT IF FOUND GUILTY OF TAKING SELFIES WITH A BALLOT? 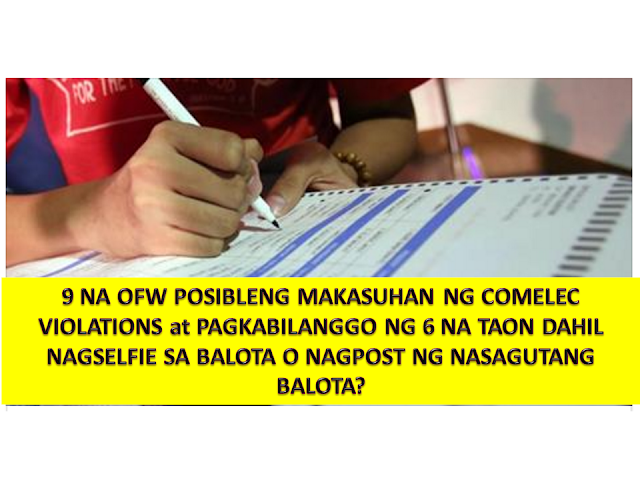