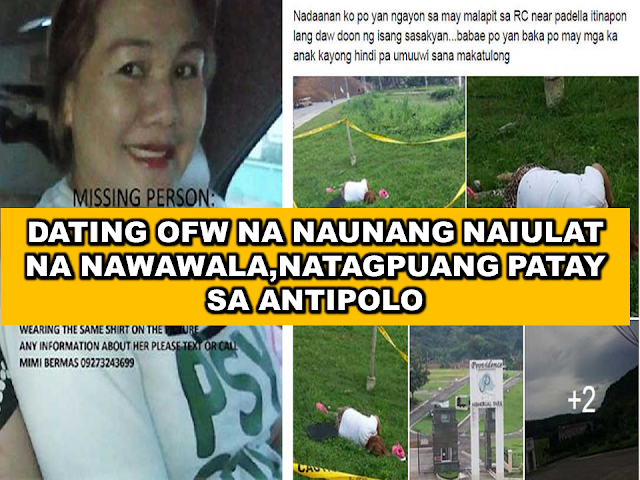 A former OFW who is now doing a money-lending business has been found dead infront of a cemetery in Antipolo City according to the report.
Miriam Bermas,48,reported missing few days ago was already dead when she was found in a grassy area sustaining multiple stab wounds mostly in her chest.Her upper lip was also torn.
Her relatives believe that the killing is connected to her business and that she knew who her killer was.
The police has ruled out robbery as the motive as her jewelries was still intact when she was found.
The case will be transferred to his division to expedite the probe,Rizal Provincial Director Sr. Supt. Adriano Enong Jr. said.