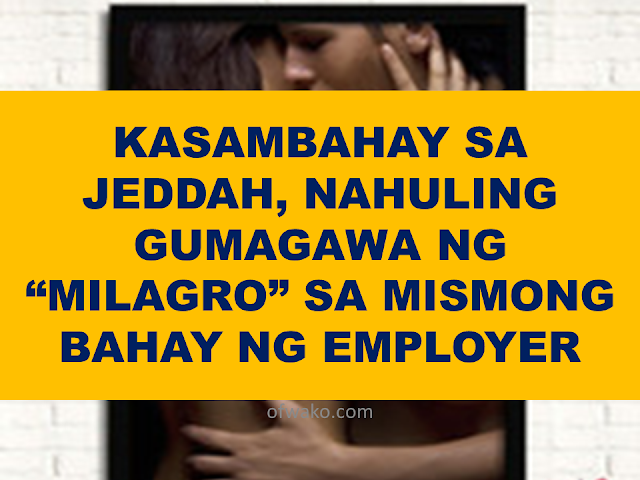 JEDDAH — A Filipina domestic helper was sent home after her employer caught her in a room with her boyfriend.

Saudi Arabia has strict rules against unmarried couples being together.

The Filipina,whos name has not been revealed, in an interview with GMA News  said she deeply regrets what she did.
She admitted bringing her boyfriend, who is also a Filipino and whom she met in a place frequented by Filipinos, to her employer's house, but denied they were having sex when caught.
"Nangingig po ako sa takot at hiya," she tearfully recalled. "Tuwing nakikita ko ang employer ko, pinagsisisihan ko po ang pangyayaring ito."
She also said she was lucky her employer did not hurt her or bring her to court.
Read the original article here