Posting of nude photos of an individual on social media is against Republic Act No. 9995 also known as  "Anti-Photo and Video Voyeurism Act of 2009".
An overseas Filipino worker (OFW) who posted nude photos of his former girlfriend was arrested just after he checked-in at a hotel minutes after he arrived from Qatar.
Advertisement 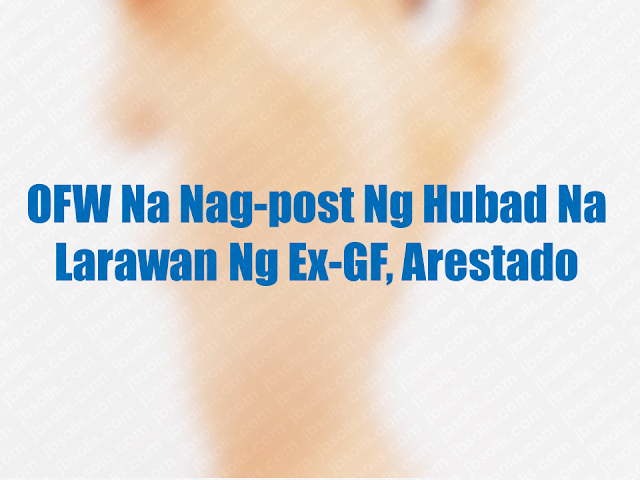 An overseas Filipino worker (OFW) was arrested by the operatives of the National Bureau of Investigation (NBI) after the suspect shared nude photos of his ex-girlfriend who refused to come back to him.

"Ana," not her real name, sought the help of NBI Cybercrime Division after learning that OFW Alex Sanchez sent her nude photos to her current partner's friend.

Ana said that the suspect insisted for them to get back together, threatening that he will post their nude photos on social media if she will not comply.

NBI prepared an entrapment operation against the suspect on his scheduled arrival at the Ninoy Aquino International Airport (NAIA) from Qatar.

Ana agreed to fetch Sanchez at the airport and to check-in at a nearby motel. Without his knowledge, a car from NBI operatives is already following them and promptly arrested Sanchez before they entered the motel.
The suspect said that they were both OFWs in Qatar and had a relationship even though he is married.
He also admitted spreading the nude photos on social media out of resentment. He also said that he is willing to accept the consequences of his actions.

Sanchez is charged under Violence Against Women and Children Act and the Anti-Cybercrime Law.

The victim is set to marry her boyfriend this year.