Video: Pres. Duterte to De Lima;"I have evidence against you!" 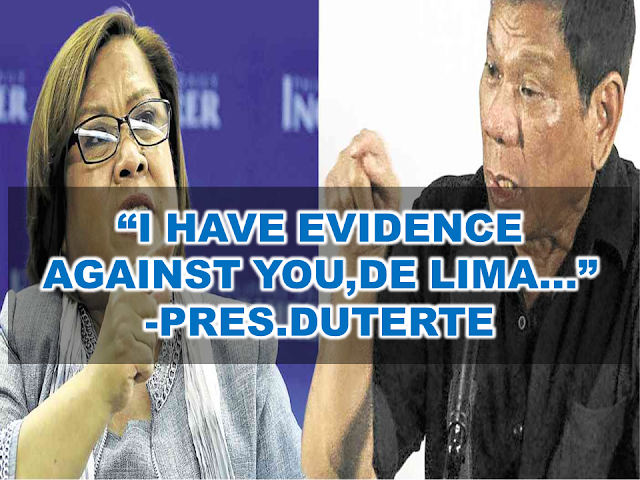 
The exchanges of words between Senator Leila De Lima and President Rudy Duterte escalates as new statements came from the President in a video that a lady solon has an alleged relationship with her driver and that she receives drug money through him.

De Lima condemned the Presidents allegations and refer to it as "character assassination" against her. 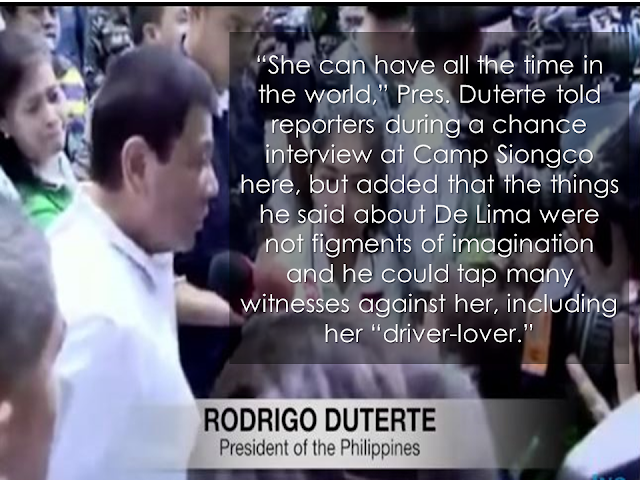 In this new footage,President Duterte said that the lady senator has all the time in the world to defend herself against the allegations against her.
He also said that he will not make any accusations without any evidences. 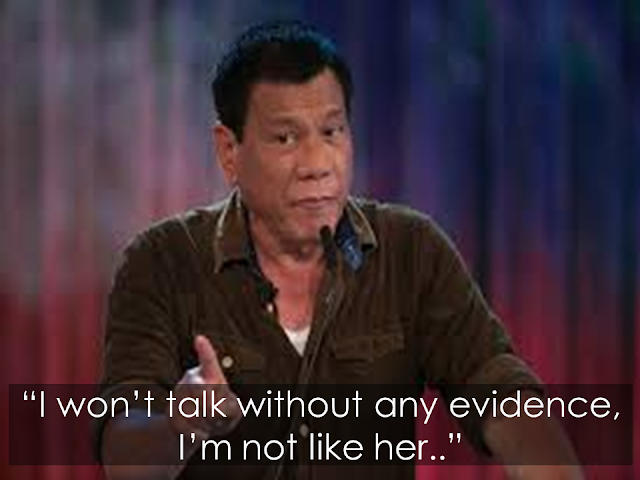 De Lima accused  the  then Davao Mayor Rodrigo Duterte of being involved in summary execution and killings of drug-related criminals in Davao but never filed a single case against him.
advertisement