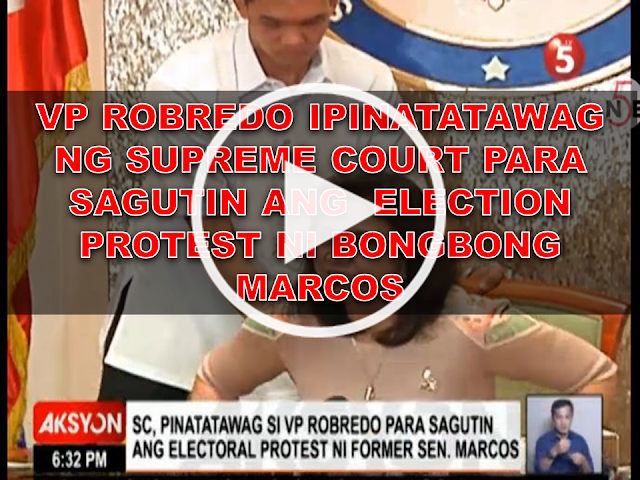 THE SUPREME COURT asked  Vice  President Leni Robredo to answer the electoral protest of rival former Senator Bongbong Marcos and asked the Commission Elections to preserve election returns (ERs) that are subject of protest.
According to the news the Supreme court is giving the Vice President 10 days to comply.
Marcos accuses the VP of election fraud due to faulty and suspicious election returns that turned the odds in favor of the VP by a very slim margin last May 2016 elections.