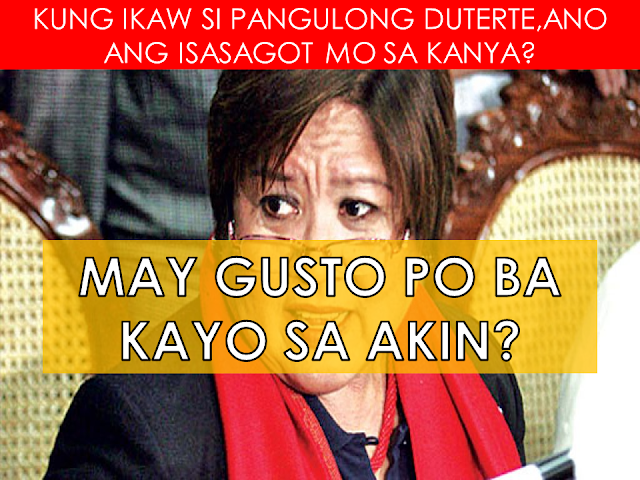 Speaking at the oath-taking of officers of the Malacañang Press Corps, Duterte hit De Lima anew for claiming that inmate Jaybee Sebastian was a government asset.

“Was it a sexual asset or for information?” Duterte said.


Duterte also said he was sure that De Lima, who is facing a legislative probe on her alleged involvement in illegal drug trade inside the national penitentiary, will go to jail.

"Itong si De Lima makukulong to, on a national case. Who brought in the narcopolitics? It is here already. You elected a senator who was into narcopolitics. Who was being financed from the inside. 'Wag na sana sa labas. From the convict inside the prison, this senator, and won. What do you call that?" the President said.

"I do not ordinarily nagpapahiya pero si De Lima she screwed her driver and she screwed the nation. Gusto n'ya ko idamay," Duterte said, citing the senator's effort of using self-confessed assassin Edgar Matobato in a Senate hearing.

De Lima said she was no longer surprised Duterte would say such a thing, saying the President “really wants me out.” She earlier claimed that Duterte wants her kicked out of the Senate.


"I lost appetite everytime I view the video."
This is what the President has to say about the question the lady senator asked her earlier.
President Duterte also advised De Lima not to adopt nonchalant attitude about all these things.
The recent House inquiry on the proliferation on drugs inside the New Bilibid Prison had one witness testifying that the lady senator and a convict spent time together at his "kubol" or special cell.