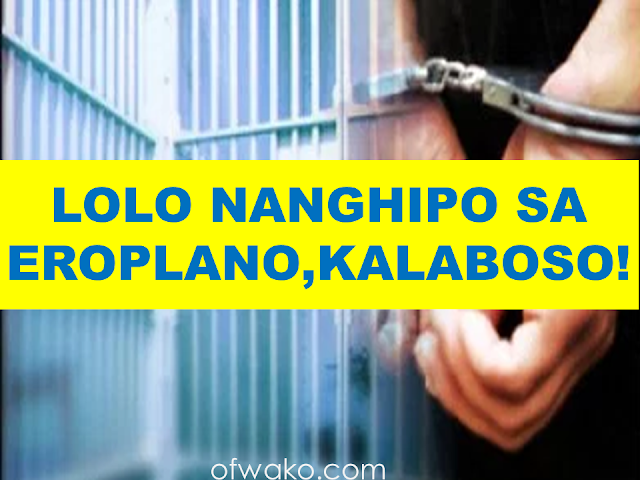 A 60 year-old man will spend 3 weeks in Hong Kong jail for indecently touching a flight attendant while in mid-flight on-board a Cathay Pacific flight from Vancouver to Hong Kong.
Salvador Recongco ,Jr.,a Canadian resident was on his way to Manila for vacation.He was a transit passenger who has to transfer  to a Cathay flight to Manila from Hong Kong on August 14,but,unfortunately the police was already there to arrest him for his mischief onboard.Recongco did not deny the allegation and admitted that he indeed touch the flight stewardess indecently.
Before it happened,Recongco,who was seated in the aisle,and while the dinner was being served,asked the crew to give him a red wine along with his dinner.He even ask for more and the crew gave him what he asked .Then when the cabin lights were turned off for the passengers to get some sleep during the flight,a flight attendant walking down the aisle felt that somebody touched her right thigh.The flight attendant told the incident to the purser who contacted the airport police.
advertisement

Recongco was convicted by Magistrate Chiang Kei-hong of Tsuen Wan upon admission of what he did to the stewardess.During the interview with the offender at the court hearing,he said that he was taking a medication for Parkinson's disease and drinking red wine might have made him "excited".
Cheang sentenced Recongco to three weeks in jail for the offense.
advertisement