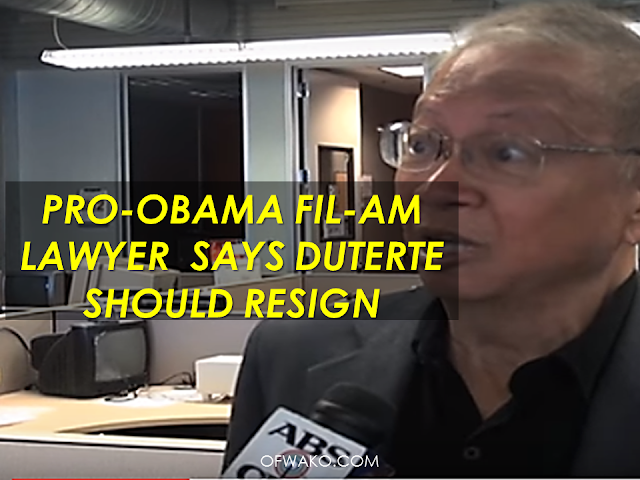 A pro-Obama  Fil-Am  human rights lawyer reacted on Duterte's harsh remark  on Obama and said the Philippine leader should resign.Ted Laguatan,an activist, a
human rights lawyer and an Obama supporter,in an interview with ABS-CBN Reporter Paul Henson, said that Duterte is damaging the good relationship of the Philippines to the US and that the President is not  fit  to lead the country for not being able to control his mind and mouth. 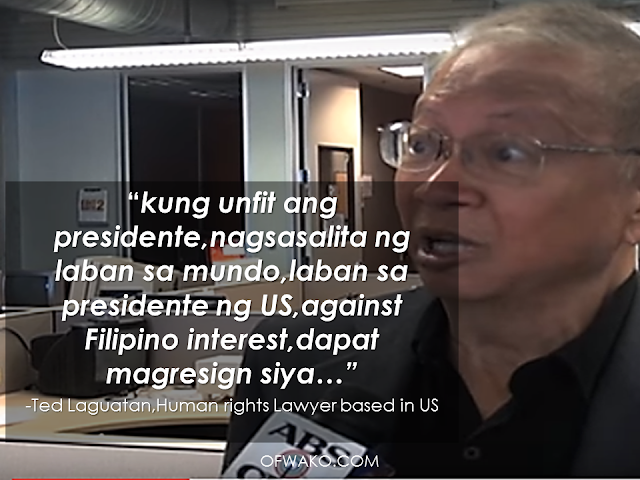 On the other hand,Atty. Adnan Alonto,a lawyer also based in the US said that President Duterte needs to remain authentic because that is the major reason why the Filipino people voted for him and that the international community including the US should get used to it. 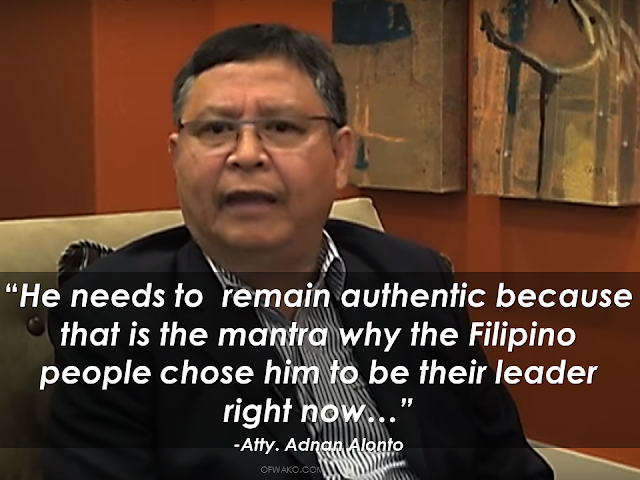 Alonto also said that The Philippine President did not actually cursed Obama and that the media is only focused on Duterte's choice of words instead of what is really being said.President Duterte is known to speak his mind freely and Alonto reminds thepeople that it is because of his honesty is why he is so trusted by the Filipino people and the other leaders globally.
Meanwhile,The US President Barack Obama himself said that he does not take President Duterte's controversial "swear words" toward him and the United States personally. However,the US president urged the Philippine leader to fight crime and illegal drugs the right way.Obama said that United States wants to partner with the Philippines in a war on drugs in a way that is consistent with international norms and rule of law.