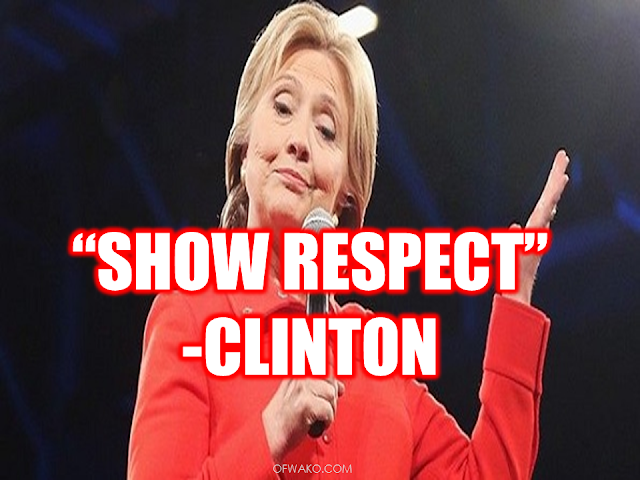 After the misquoted "insult" of President Duterte by the obviously biased media,Hillary Clinton call for Duterte to show respect.

The US democratic presidential candidate Hillary Clinton stressed that the ties between the two countries need to be based on mutual respect.
The State Department  said that the meeting with President Obama and  president Rodrigo Duterte was cancelled because of the tone of the Philppine President's rhetoric raised questions as to wether they can have  productive talks.
The Philippines voiced regret for Duterte's comments after Obama cancelled the meeting.The White House said Obama might speak with the Philippine leader informally.
advertisement

An Offical of the US State Department  said that the government to government  relations with the Philippines remained strong ."The areas that we believe we have robust, strong cooperation with them, we are not going to just simply throw that aside," the official said.

Evan Medeiros, Obama's former top Asia adviser and now a senior analyst at the Eurasia Group, saw the row as a "speed bump, not a road block" in U.S.-Philippines ties.
"It's unfortunate, but doesn't fundamentally derail the relationship," he said.

Donald Trump,on the other hand tweeted his reaction on the controversial remark. 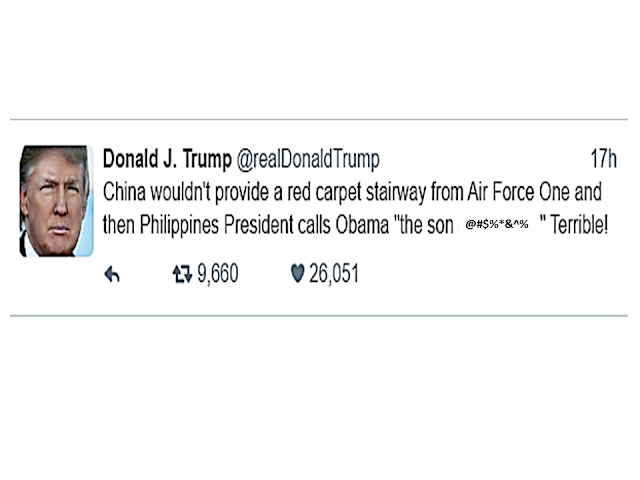 Meanwhile,President Duterte is in Laos for the ASEAN Summit and delivered his speech to the delegates.
Here is the full speech: