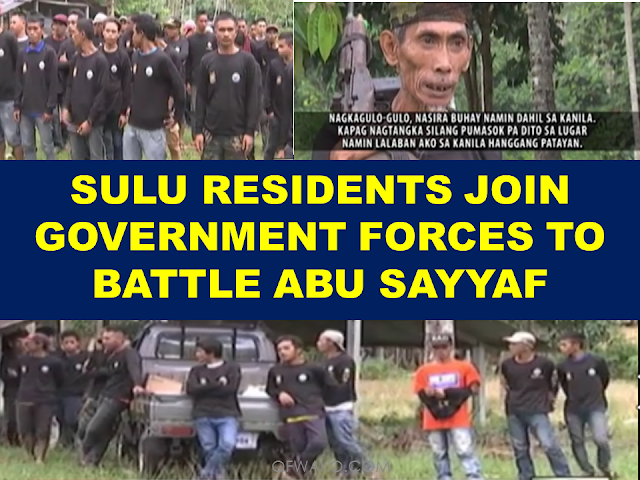 Residents of Barangay Anuling,Patikul,Sulu have decided to help the government troops in battling the terrorist group Abu Sayyaf.They are called the Barangay Peace Action Team (BPAT).These are the residents who already have firearms and volunteered to use them against the bandits.
advertisement

Among the 3,000 local volunteers is 64 year-old Khadel Akmadul.Using his own rifle,he said he is willing to fight Abu Sayyaf to death for all the troubles the bandits  has done to their community,livelihood and life in general. 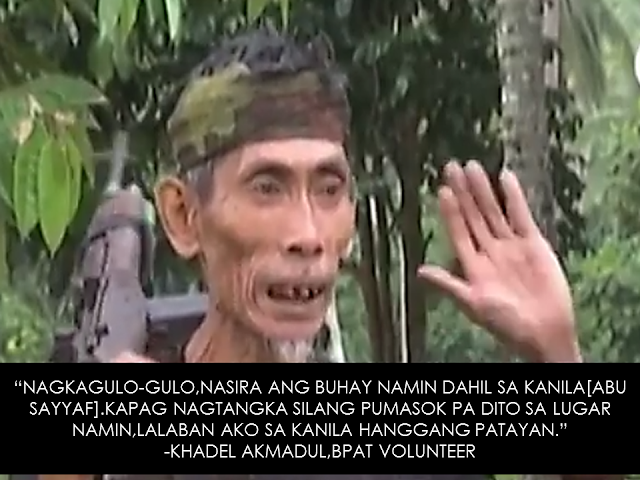 The local government has no issues regarding the use of their personal firearms and also finding a way to legalize it.
According to Sulu Governor Toto Tan,it is better for the residents to use it against the terrorist group and help the government rather than to use them in other illegal activities. 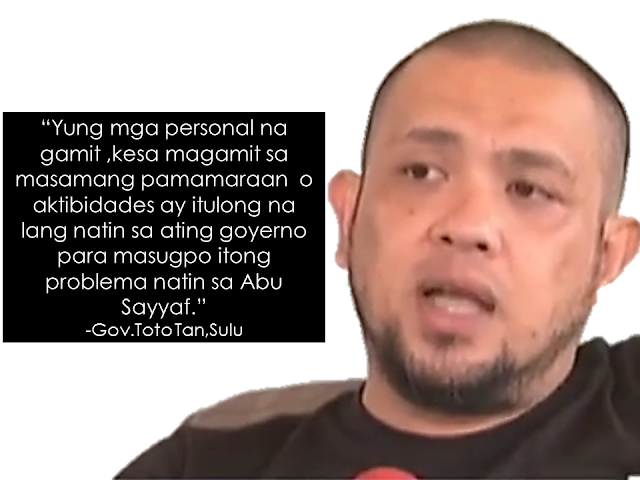 ALSO READ:
"I WILL EAT YOU ALIVE.."-DUTERTE TO ABU SAYYAF