Share
Certainly, you need a passport if you are planning to work abroad or to go for a short vacation outside the Philippines. As the DFA said, do not buy a plane ticket for abroad, unless you already have a passport in your hand. 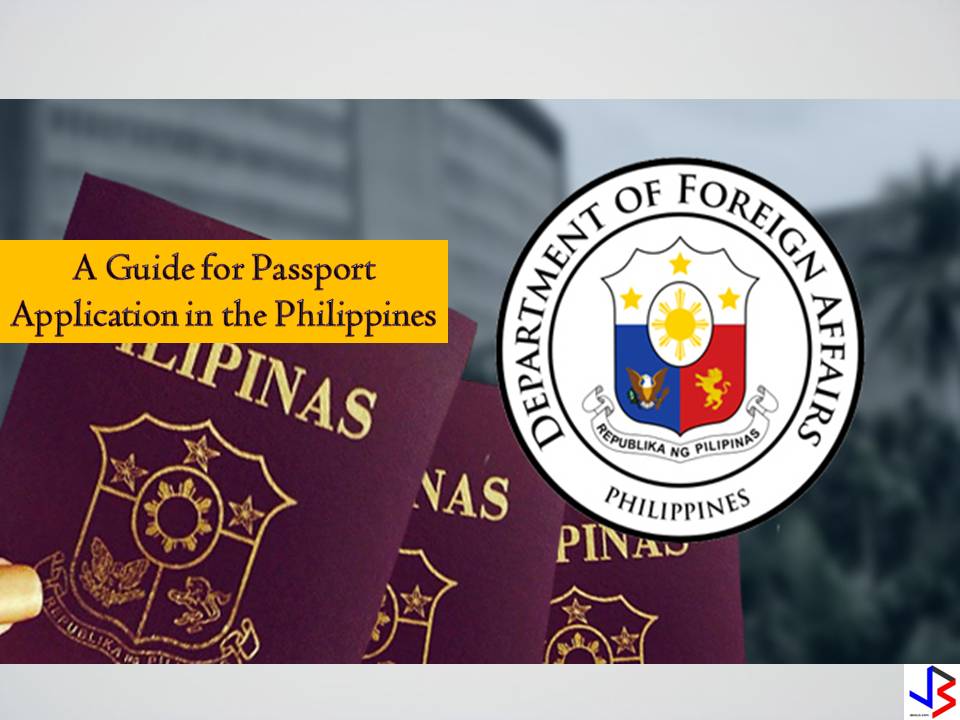 So here's a quick guide on how to apply for a passport, the requirements, and documents needed, how much and where to apply. Also down below are the list of DFA including the UPDATED list of soon to be opened regional offices for easy passport processing. 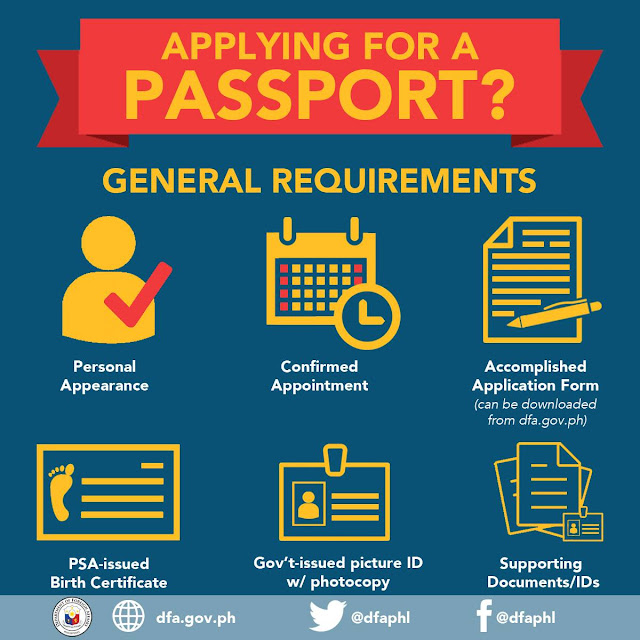 Step 2 - Online appointment with the DFA

What You Will Need For Online Application Filing and Scheduling?
Now here's the process;

A reference number will be sent to your email together with a link to print your application form. Do not forget to bring the printed form on the day of your appointment.


Step 3 - Online appointment with the DFA 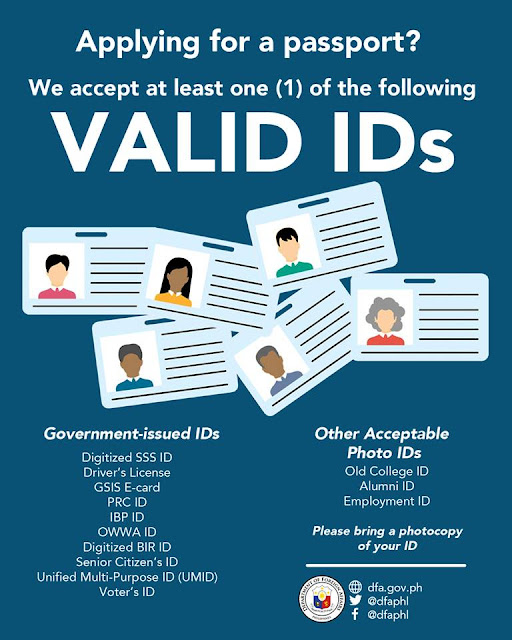 LIST OF ACCEPTABLE AND VALID IDS IN THE PHILIPPINES


Step 4 - Present your printed application to the Application Counter

Step 5 - Get a number, fall in line (or sit down in the waiting area) and present your documents for verification if it is your turn 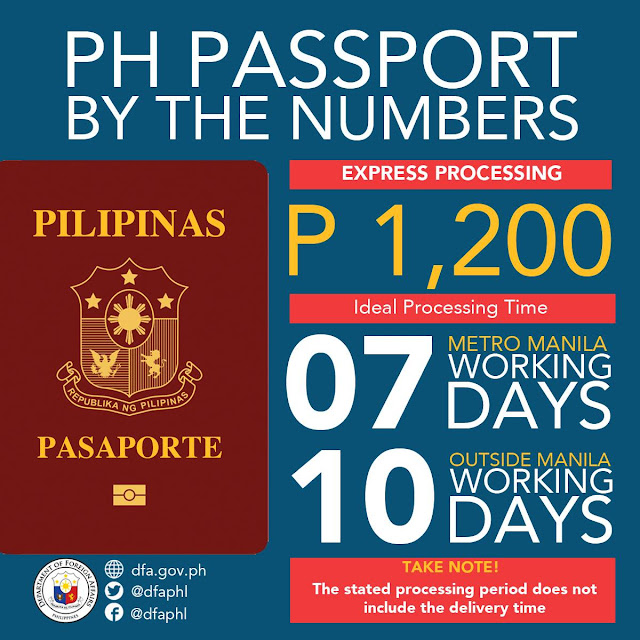 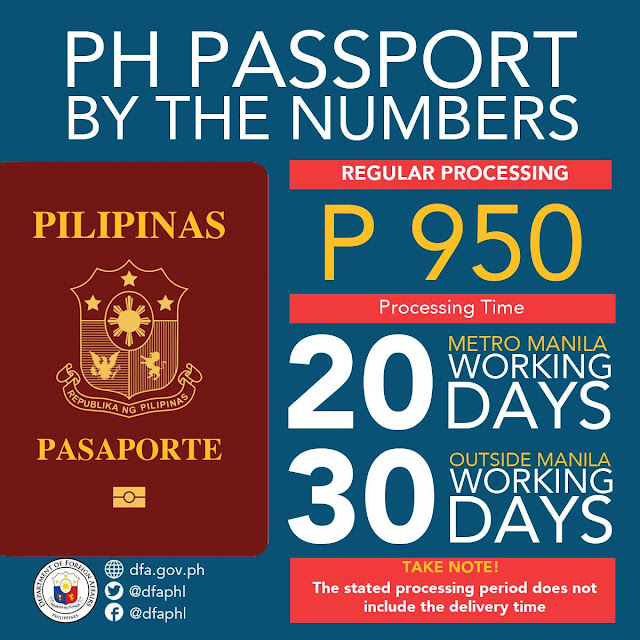 Step 8 - You can choose whether you want your passport delivered at your residence or you can pick-it up at DFA office.

Step 9 - Go home and wait for your passport to arrive. 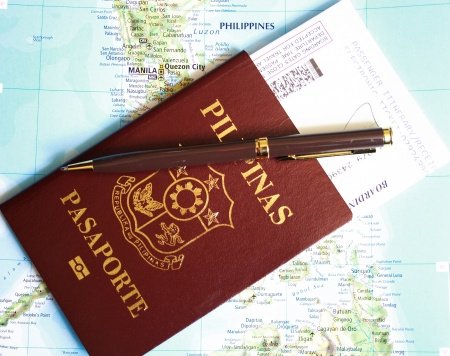 Now that you know the steps on how to apply for a Philippine passport, here is the list of DFA satellite offices and regional consular offices directory nationwide! 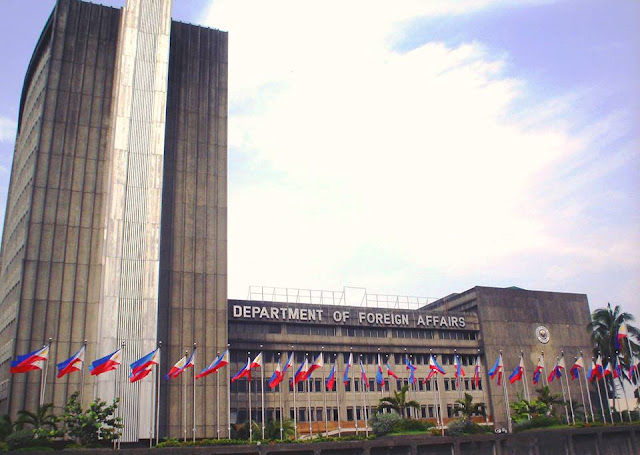 There are also 4 trucks for mobile passport processing or passport on wheels that will be made available to process 2,500 more passports each day. 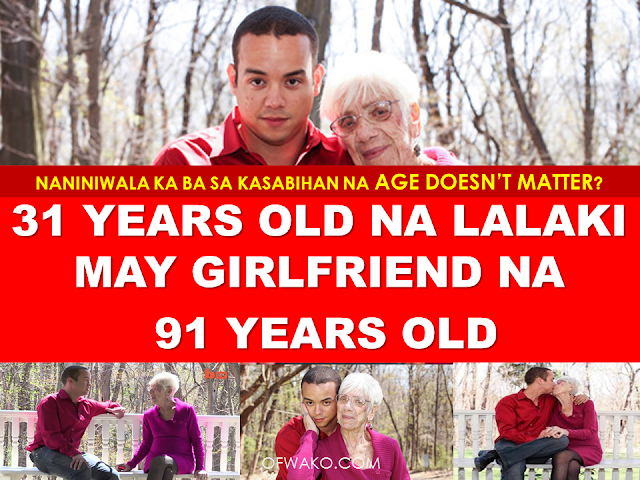 
Do you believe in the  saying :
"Age doesn't matter"?
The story  of a 31 year old Kyle Jones being in love with Marjorie McCool,91, seems to prove it.

Seeing a middle aged guy of 31 dating a 91 year old granny will surely turn heads and make eyebrows rise,but the couple who claimed to have an active sex life and cant even take their hands off each other inspite of their 60 years old age gap.
Kyle even brought Marjorie home to meet his 50 year-old mom.
Kyle admitted to be attracted to old women.In fact,aside from Marjorie,he is also dating five other women with ages 60-80.
According to Marjorie,in the beginning she got jealous of his other women but he keeps coming back to her and tells her she's the best.


"The physical side of our relationship is wonderful. I amaze myself, he amazes me. There's nothing better," Marjorie said.

'I wear sexy outfits to bed. I try to keep my bra on though because I don't have much left," she added.
advertisement

A WOMAN UNKNOWINGLY BECAME ASWANG AFTER A BANQUET

TOP TOURIST DESTINATIONS IN THE WORLD

DUTERTE PROJECTS FROM THE $24 BILLION FROM CHINA 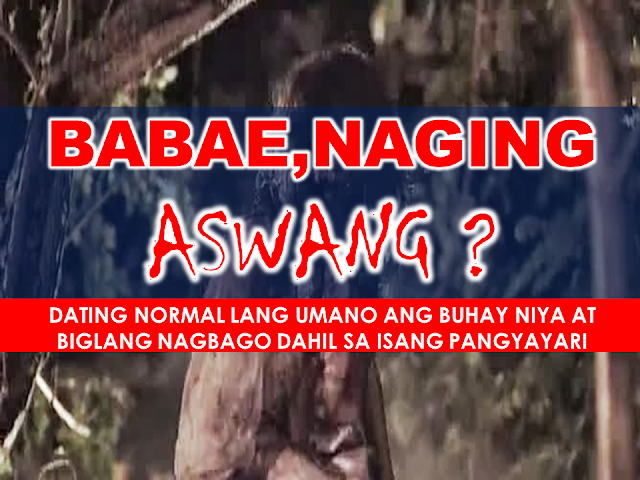 In the remote provinces in Philippines,there are many tell tales about a horrific creatures they call "aswang" but nobody can really prove that these creatures exist.
In a special story featured by ABS-CBN morning program,Umagang Kayganda,a woman who was unknowingly "given" something,turned herself into an "aswang".


Azon was living a normal life with her family being a factory worker full of hopes and dreams.One day,a twist of fate has happened.Her life was engulfed by darkness and mystery.

A year has passed since a friend invited Azon in a banquet by a co-worker.
"I was the only one whom she served  a full plate.I ate a hard thing , I can't tell what it was,I just swallowed it,"she said.

After three weeks,she felt something different.Her younger brother ,Totoy also noticed her bizarre behavior.
"She became restless.She disappears while we are asleep,"  Totoy said.
Totoy also narrated that Azon's attention can be easily caught by the sight of  pregnant women.
Almost every night,his Ate Azon disappears.Until one night,he witnessed a horrible occurrence with his own eyes.
"She got up from our bed,went out of the door and went through to a nearby tree,it was dark,she was walking,then she turned into a huge dog."
"When she returned home,she was covered in blood,filthy clothes and staring at a blank.After a few hours,she will recognize me and be shocked when she realized that she has blood  all over her body.I can't tell if it's human or animal blood.It's fishy,",Totoy narrated.


As for Azon,she cannot believe about what she saw after she gained consciousness.
"I can feel to myself that I do not eat people,only animals, because I've heard rumors in other places about animals being killed,"she said.
Azon's disappearance every night gave her the feeling of fear and worry.
" I am afraid that my own family might be a victim of my being "aswang",or other people can be hurt,I don't want it to happen.I am praying to God that there is still hope,that my condition can be cured."Azon said.
"I can attest that "aswang" really exist but I never wanted to be an "aswang","she added.

For Totoy,he accepts her sister for what she is but he is worried that someday his sister might attack her own family and Totoy is afraid that he might kill her own sister.
According to a quack doctor or an "albularyo",the lineage of the aswang is true and they hand it passed down from their ancestors.

"There are aswang that contaminates,they can  put it in your food,an orb that can turn you into an aswang.You may feed from animals at first and eventually when it gets you and it became uncontrollable,you'll feed from humans," said Harold Cabrera,a quack doctor also known as an "albularyo".
In her willingness to be cured,Azon seek the help of an albularyo.
She was asked  by the "albularyo" to drink a glass of water with blue alum and prayers,and in a few moments,a stone with markings similar to a spiders abdomen came out of her mouth.It is believed that its the "mutya" that Azon believed,turned her to be an aswang.

For the Catholic Church,granted that what happened to Azon was indeed real,believe that it is a work of the devil because it can take many forms.
According to Fr. Francis Lucas, President of Catholic Media Networks, Inc.,the Catholic Church doesn't have a statement that these thing are true or not.The Church says that God is almighty.

"Aswang has many definitions and descriptions like,"manananggal",'tiktik" and aswang that varies with their ability and activity.All we know is that they do evil things,kill,to scare,destroying others.The most Important thing is that you keep on praying to God and ask for God's power to depend you,"he added.
Azon  is hoping that she can be completely cured and finally be free from being an aswang.The Church advised that the best defense in all the work of the devil is a strong faith in God.
advertisement 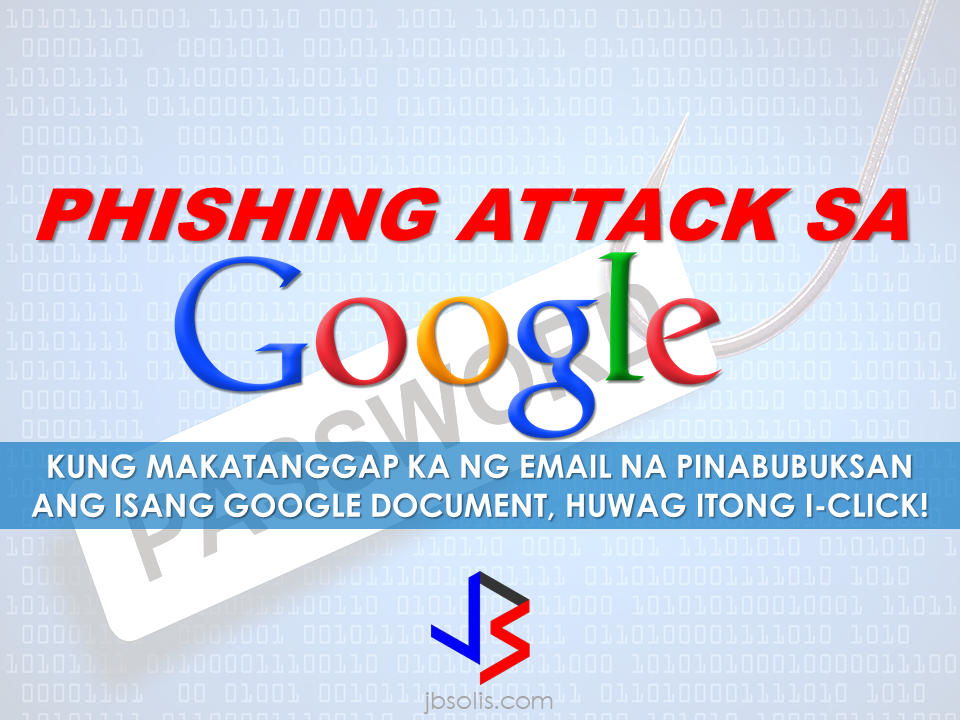 A massive attack on Google hit millions of Gmail users after receiving an email which instructs the user to click on a document. After that, a very google-like page that will ask for your password and that's where you get infected.Experts warned that if ever you received an email which asks you to click a document, please! DO NOT CLICK IT!This "worm" which arrived in the inboxes of Gmail users in the form of an email from a trusted contact asking users to click on an attached "Google Docs," or GDocs, file. Clicking on the link took them to a real Google security page, where users were asked to give permission for the fake app, posing as GDocs, to have an access to the users' email account.For added menace, this worm also sent itself out to all of the contacts of the affected user Gmail or and others spawning itself hundreds of times any time a single user was hooked on its snare.

Do You Need Money For Tuition Fee For The Next School Year? You Need To Watch This 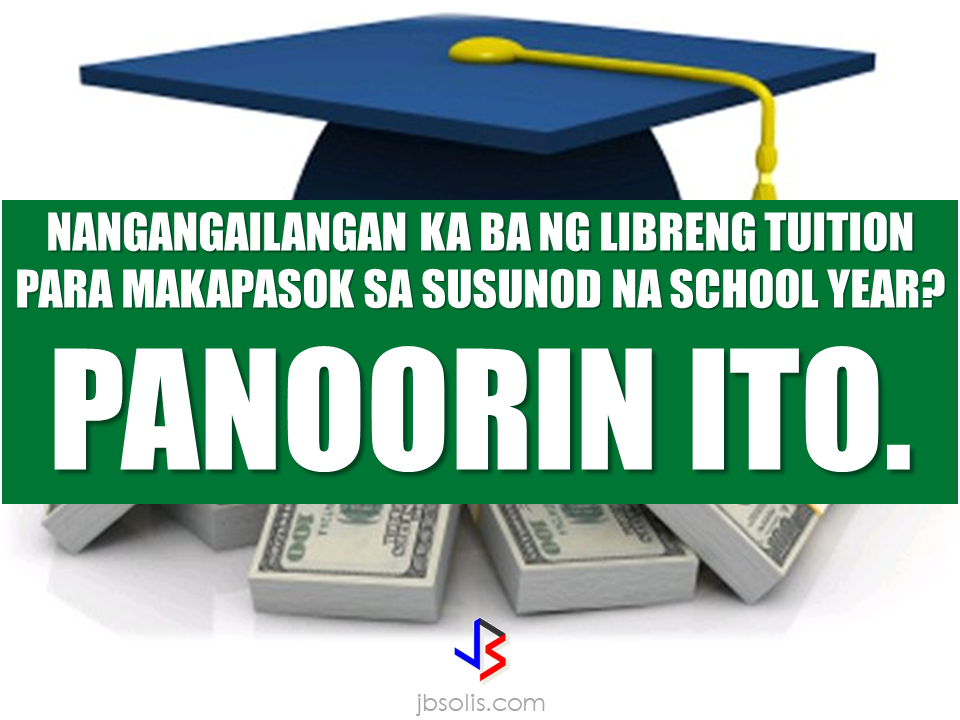 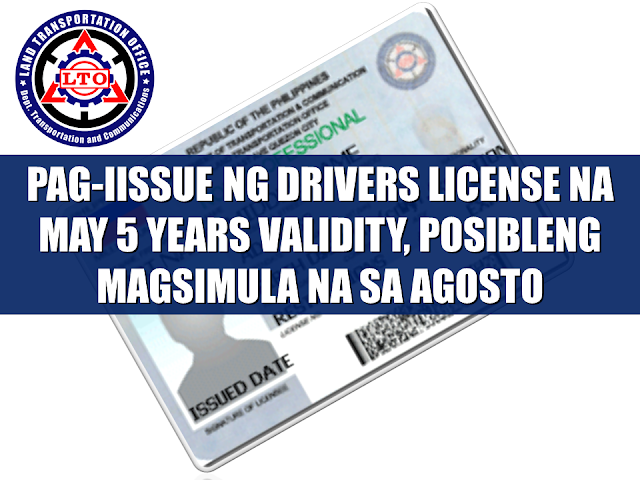 Starting this August, the Land Transportation Office (LTO) will possibly release the driver's license with validity of 5 years as President Duterte earlier promised.
LTO Chief Ed Galvante said, LTO started the renewal of driver's license with a validity of 5 years since last year but due to the delay of the supply of the plastic cards, they are only able to issue receipts. The LTO is optimistic that the plastic cards will be available on the said month. 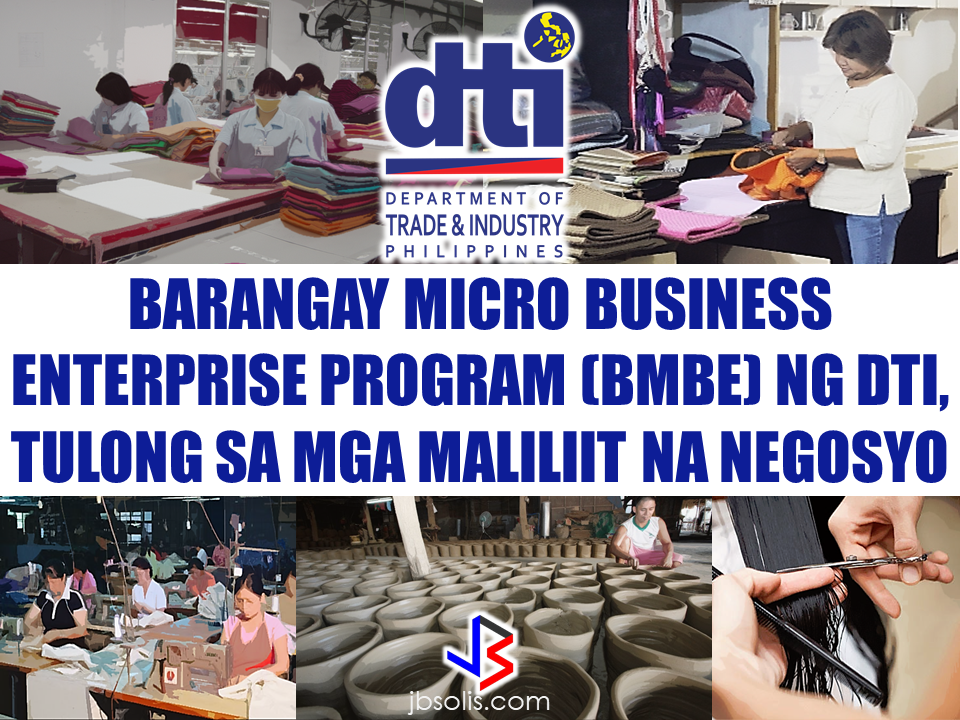 The Barangay Micro Business Enterprise Program (BMBE) or Republic Act No. 9178 of the Department of Trade and Industry (DTI) started way back 2002 which aims to help people to start their small business by providing them incentives and other benefits.  If you have a small business that belongs to manufacturing, production, processing, trading and services with assets not exceeding P3 million you can benefit from BMBE Program of the government.

Gina Lopez Confirmation as DENR Secretary Rejected; Who Voted For Her and Who Voted Against? 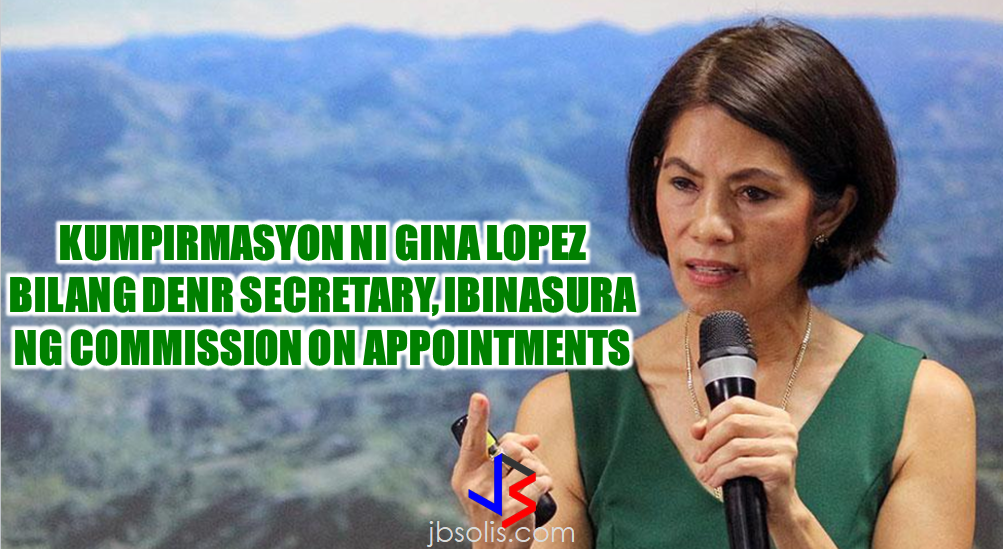 A COUPLE ATTACKED BY "SIYOKOY"