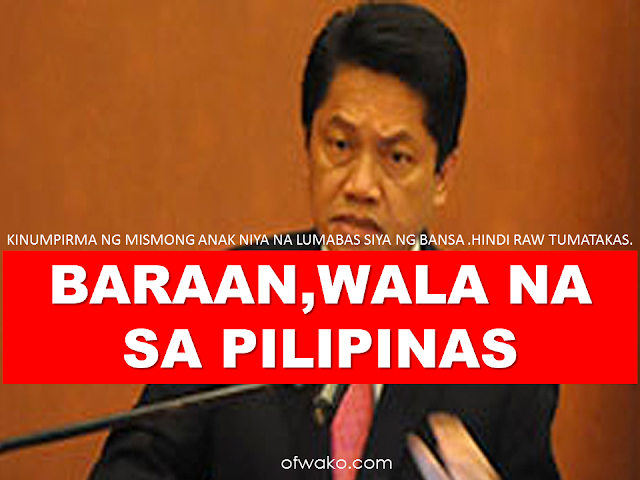 
A confirmation from
his eldest son Francis Frank Baraan IV on  his Twitter account revealed that former DOJ Usec. Baraan has already left the country.

"My father, former Justice undersecretary Francisco Baraan III left the country for health and medical reasons, on August 25, 2016, which is many days before the day the House of Representatives began its probe on the alleged drug trade inside the Bilibid, and days before President Dutere himself tagged him in his drug matrix, in one of his presscon," Francis said.

The younger Baraan said that leaving the country is not a crime -- "not if you’re not a fugitive of a law, or a person of interest." He said that his father is not running away from the allegations against him.

"My Dad, Usec Baraan, no longer wishes to comment on any of the allegations or issues raised against him in public. However, he has asked me to speak on his behalf regarding this particular matter. Rest assured, he isn’t running away from anything or avoiding any possible prosecution," he said.

Baraan was linked to  the illegal drug trade inside the New Bilibid Prison.He is also directly mentioned by inmate Herbert Colanggo in  testimony during the inquiry on the House of Representatives,that he got money from the transfer of inmates. 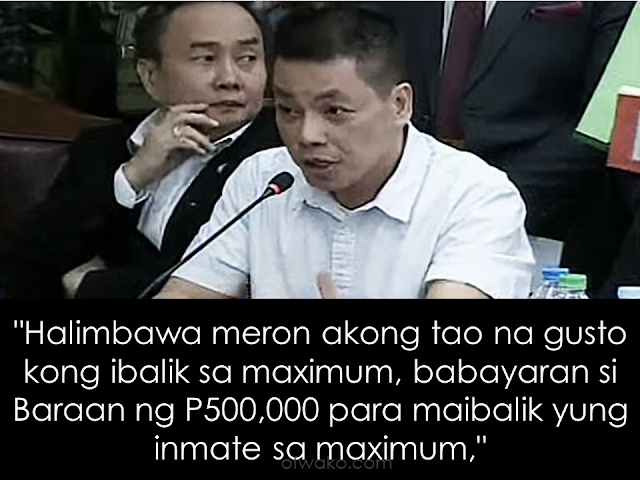 However,Baraan denied the  allegations saying that Colanggo's claim is complete nonsense."I challenge him to produce any document that shows I approved any transfer of inmate/s within the Bilibid compound," Baraan said.

OFW CAUGHT IN A CHECKPOINT,FOUND DEAD THE NEXT DAY

CONGRESS PROBE ON DRUG TRADE AT THE NBP
©2016 www.ofwako.com
Share