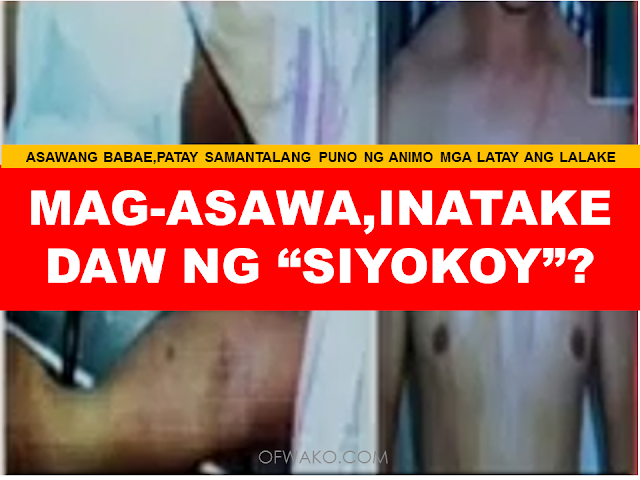 A couple enjoying their swimming at the beach in Digos City,Davao del Sur has been attacked by an unknown creature taking the life of the wife,while the husband sustained bruises and wounds all over his body.
Rumors spreaded later that they had been attacked by a "siyokoy".
Although  "siyokoys" are believed to be a myth,some people actually believe that such creatures really exist.
advertisement


However,the authorities has different explanation about the incident.Aileen and Cesar Espanola was swimming  at the said beach when the unknown creature attakced them,killing Aileen and left Cesar wounded.A witness said that he noticed the couple yelling for help and also saw a huge creature similar to a fish and speculations conclude that it was a siyokoy that attacked the couple.According to the police,siyokoys do not exist.They said that it is possible that they had been attacked by jellyfish and the Bureau of Fisheries and Aquatic Resources somewhat agreed with the statement of the Policemen.

BFAR said that in around hundreds of jellyfish species,there are 20 of which are highly poisonous and fatal.They advice the public to rush to the hospital once you come near any of them,especially when you experience difficulty in breathing,nausea and vomiting.BFAR also clarifies that jellyfish,however,do not attack people.

The remains of Aileen has been subjected to autopsy.The police said that investigation is underway for any possible foul play.Prior to this incident,there were also 3 boys that has been killed that is perhaps also from the attack of whatever creature is lurking in the waters of the said beach.