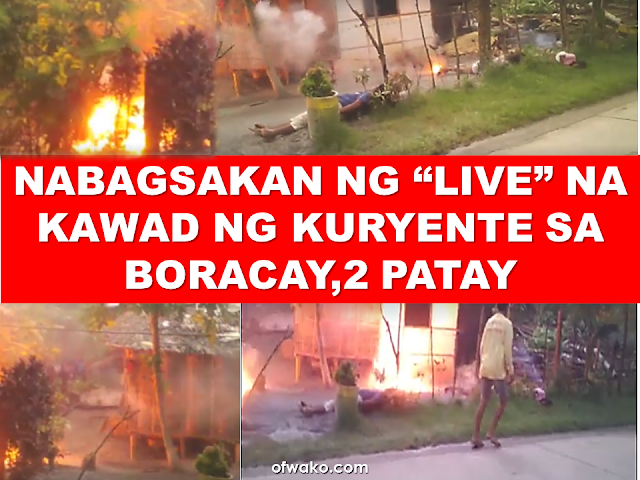 Two residents died on the spot while another one is in critical condition due to electrocution when a live  electrical wire  from  the service line of Aklan Electric Cooperative,Inc.(AKELCO) bearing thousands of volts of electrical current accidentally fell  directly on the victims.

The accident happened at around 9 in the morning at Brgy . Yapak,Boracay.
According to a Facebook post by Radyo Todo 88.5 who posted the actual video footage of the  incident,the victims who died from severe electrical shock and burns were Arnelyn Salibio,7 years old and Christina Matillano,31, both died on the spot while Arnelyn's mother  Rosita Salibio is still in critical condition and being  treated at the hospital.
advertisement