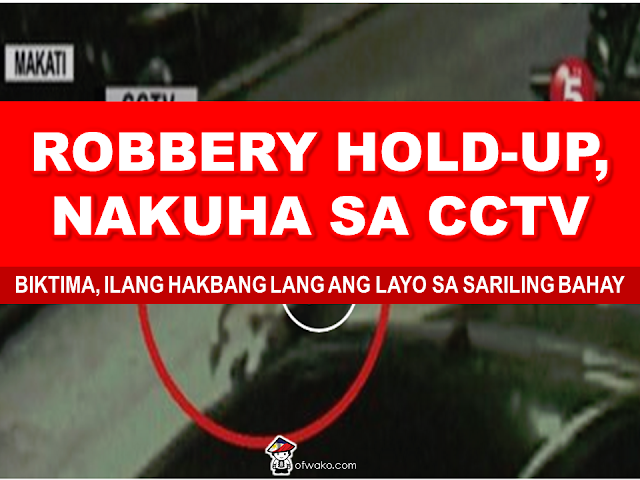 Within few steps from her residence, a woman was killed in a robbery hold-up in Barangay San Isidro, Makati City.
GMA News report said  that Catalina Aguas, 47, sustained a fatal gunshot  in the head that killed her instantly.


The incident happened at around 4:00 am when the victim  was only a few steps from her doorstep when the suspect who was riding a motorcycle forcibly grabbed her bag and dragged her. The victim fell on the ground and the suspect  fired his gun on her head  that killed the victim on the spot.
According to the victim's nephew, this is not the first time that her aunt has been a victim of a hold-up but the suspects did not succeed previously, but this time, they got everything.