VIDEO:"ANTI-TSISMIS" ORDINANCE IMPLEMENTED IN A BARANGAY IN BINALONAN, PANGASINAN 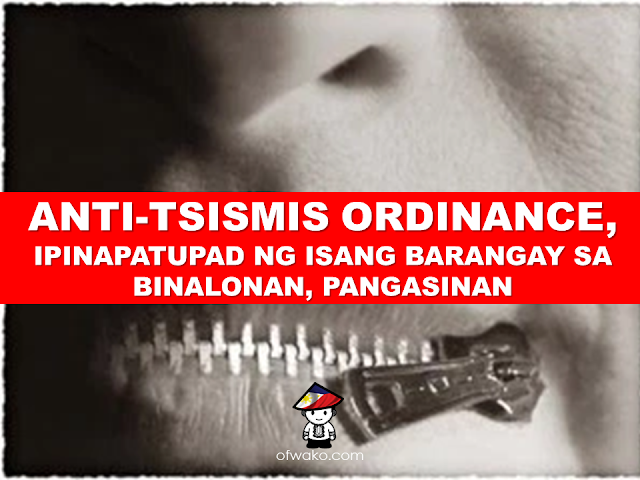 A barangay in Binalonan, Pangasinan has implemented and "anti-tsismis" ordinance.
advertisement

At Barangay Capas in Binalonan, Pangasinan, rumormongers are not allowed anymore.
People spreading rumors can be fined from P300 to P1000 and community service.
It has been proposed in 2012 and only been approved during the last quarter of 2016 and now a public ordinance that will penalize rumormongers.
advertisement

The residents of Barangay Capas agrees on the ordinance saying that most of the troubles within their barangay has been caused by " tsismis".
Barangay Officials says that a due process is followed in enforcing the ordinance over approximately 4,000 resident of the barangay.
The ordinance is being posted at diff sari-sari stores and public places throughout the barangay to make everyone aware of the new barangay rule.