Accepting "padala" or "pabaon" for other people is common traits of Overseas Filipino Workers (OFWs) when they come home to the Philippines or go back abroad where they work.

We all know that OFWs are generous and very accommodating to the needs of other people, especially of our Kababayans.
But, as OFWs, we should be very careful, in accepting "padala" when vacationing to the Philippines or accepting "pabaon" when going abroad back to work. 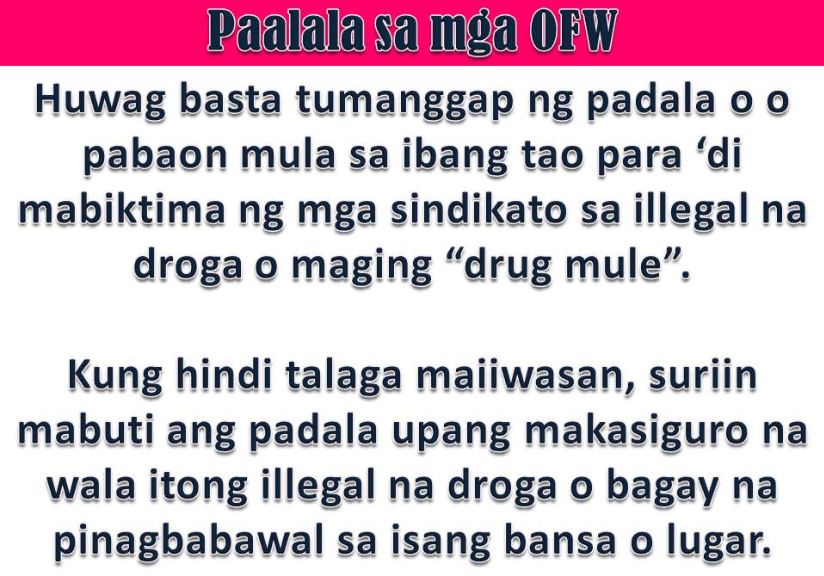 
This is after one OFW bound to the Middle East almost fall to be a drug mule or a victim of a drug syndicate in Bulacan.
According to GMA News, the OFW, who does not want to be named discovered the illegal drugs in 'chichiriya' (junk food) in a "padala" of two suspects.
The two suspect was arrested in an intrapment operation in the town of Guiguinto after the OFW coordinated to the Malolos Police Station.

One suspect is identified as Alex Bamba while the other is known only by name Patricio, both resident of Moncada, Tarlac.
Suspects insisted that they did not know about the shabu found in chichirya.

According to Police Superintendent Heryl Bruno, chief of Malolos Police Station, who spearhead the operation, the suspects are members of a big drug syndicate based in Tarlac. 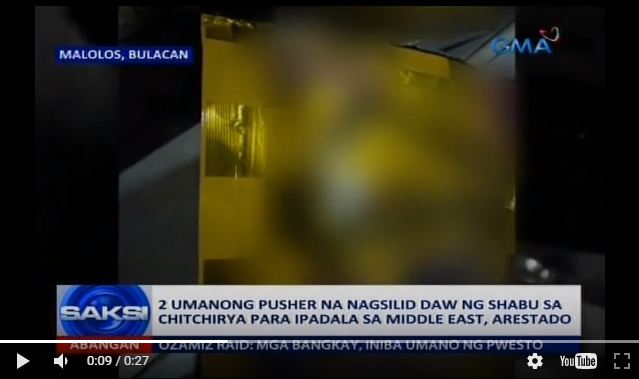 This news is a reminder to all OFWs around the world to be very careful not to be a victim of this syndicates.

If you can avoid, do not accepts, "padala" especially from people you barely know. If "padalas" cannot be avoided, you better check it.

Severe penalties are waiting for illegal drugs offenders in the Middle East, especially in Saudi Arabia where penalties are severe including long jail sentences, heavy fines, public floggings, deportation or even death for drug traffickers.