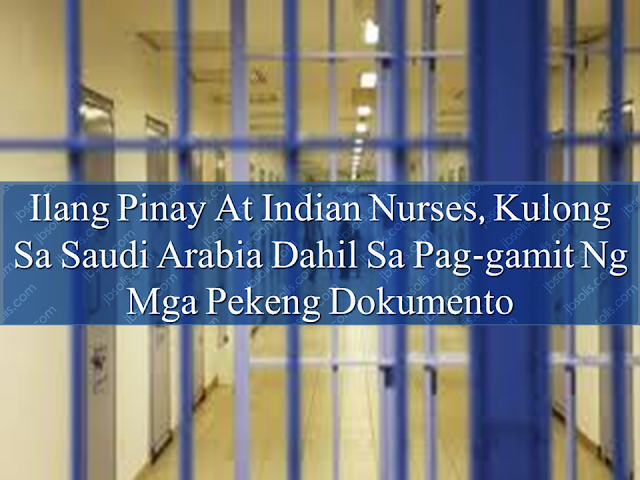 Warning to all the nurses applying for job in Saudi Arabia or any part of the Middle East, do not attempt to use fake documents in applying for the job. You will surely get caught and penalized accordingly.
The Ministry of Health is committed to maintaining the highest standards in quality of services at its facilities seeking international accreditation. To be duly accredited, one of the criteria is to undergo certificate verification of health professionals.

A nurse with experience of more than 10 years  in a private clinic in Yanbu was arrested for using fake certificates. Another nurse was arrested in Badr while two others in Dammam are in jail on similar charges.
At least a dozen Philippine nurses have been arrested in Jeddah and other cities of the Makkah province while 30 others face probe in Riyadh and the Eastern Province.

In a bid to secure jobs in Saudi Arabia, some Asian nurses have allegedly submitted counterfeit certificates to prove work experience. Some of these women, mostly from India and the Philippines, have ended up in prison after arriving in the Kingdom or are barred from leaving the country pending investigations.

The forgery was uncovered by a team of experts from the Ministry of Health during screening of nurses recruited through leading recruitment agencies in Manila and New Delhi to work in prime health centers in various parts of the Kingdom. Some of them were working in the private sector.

These nurses are qualified and possessed genuine academic qualifications. However, they furnished fabricated experience certificates stating longer work experiences to boost their chances of getting hired with the collusion of recruiters.

It also came to light that in some cases, the agencies fabricated fake documents in behalf of the applicant without their knowledge.

Officials said that these fraudulent recruiters have tainted the reputation of hard-working and well-qualified nurses.
Source: Saudi Gazette 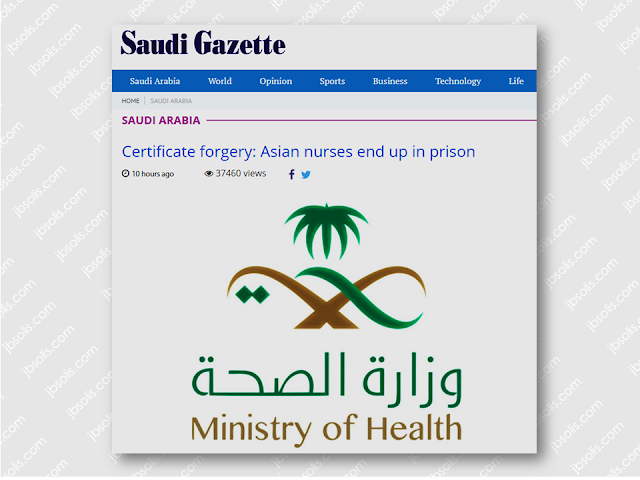