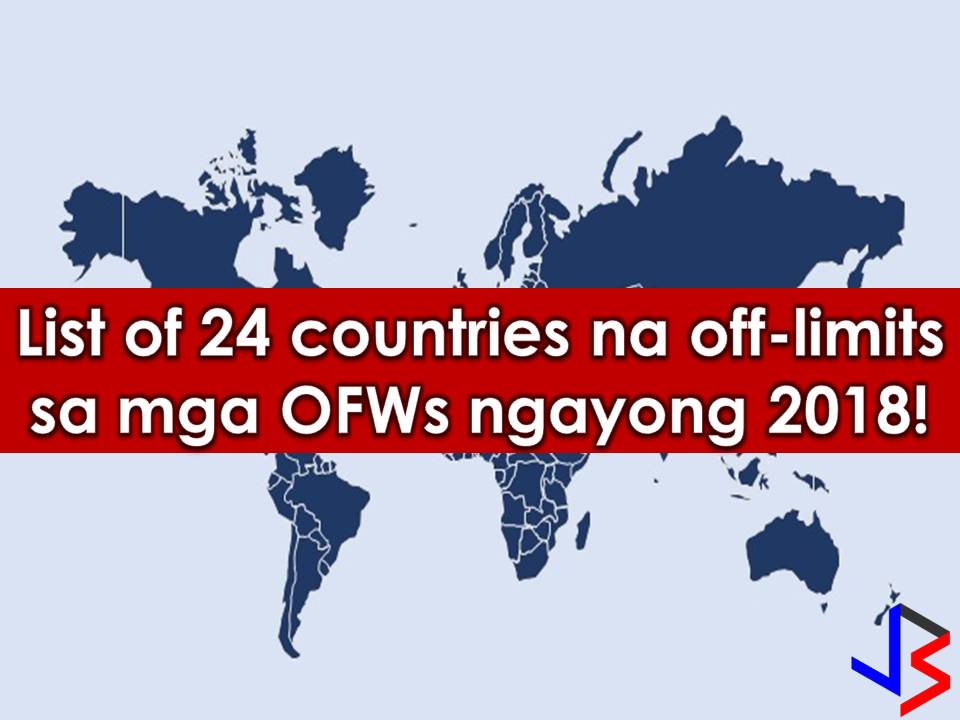 The new year is here and many of us are pursuing the dream to work abroad or to become Overseas Filipino Workers (OFW).

If you are looking for jobs abroad, you should be wary of applying in this following countries where deployment ban is still in effect due to unstable security and economic conditions for OFWs.
Advertisements

According to POEA the advisory is in effect to all land-based deployment and will remain valid unless updated by new issuances.

While new hires are banned from going to countries with partial deployment ban, rehires or returning OFWs are still allowed to work there provided they comply with certain conditions from the government.

On the other hand, the POEA has issued another conditional deployment restriction to Palau but only covers Filipino household services workers (HSW). Accordingly, HSW was not given suitable working condition by their employer in the said country.

Meanwhile, the following are 11 countries that are not certified by the Department of Foreign Affairs (DFA) as compliant to Republic Act 10022 or the Amended Migrant Workers Act.
Under RA 10022 POEA cannot deploy OFWs in countries without any DFA certification.

This article is filed under: OFW News, Countries Off-Limits to OFW, OFW Ban