Expats in Saudi Be Careful Especially Those Driving and With Cars

Driving on highways of Saudi Arabia? Follow the traffic laws or pay the fine.
Advertisement 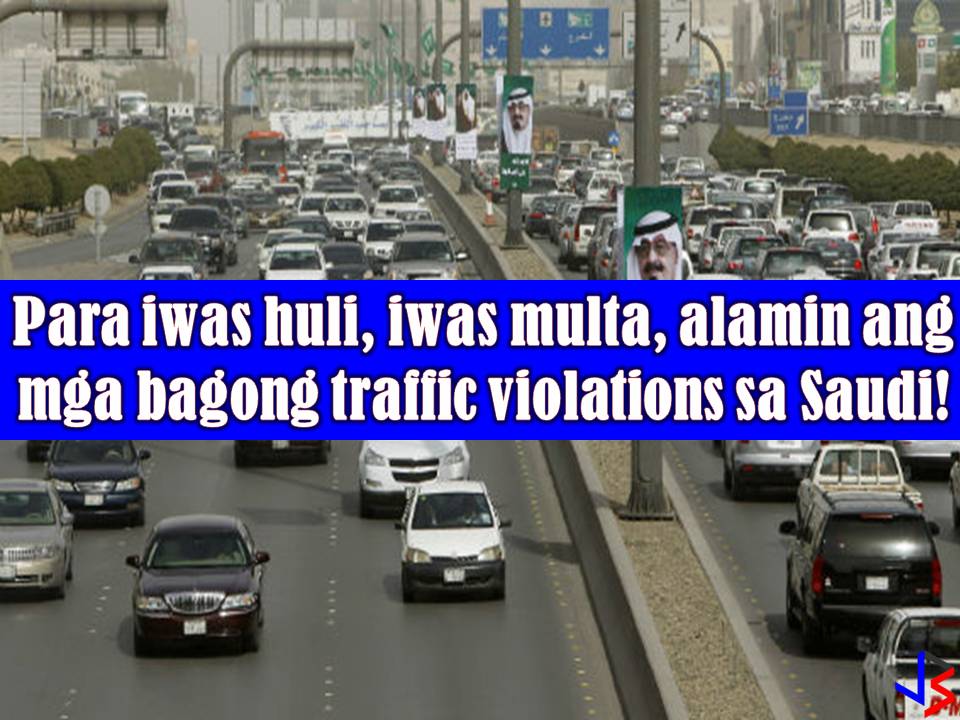 Last Monday, March 5 the Saudi General Department of Traffic (GDT) has already started imposing fines on the motorist driving without a seatbelt and those who are using cell phones while on the wheels. GDT said numbers of new violation has been added to its automated traffic-monitoring system (Saher).
Sponsored Links
The system began spotting violators in Riyadh, Jeddah, and Dammam on Monday.
Aside from driving without a seat belt and using a cellphone while driving, the following are new violations according to GDT;

The above-mentioned violations come with a penalty ranging from SR150 to SR300. 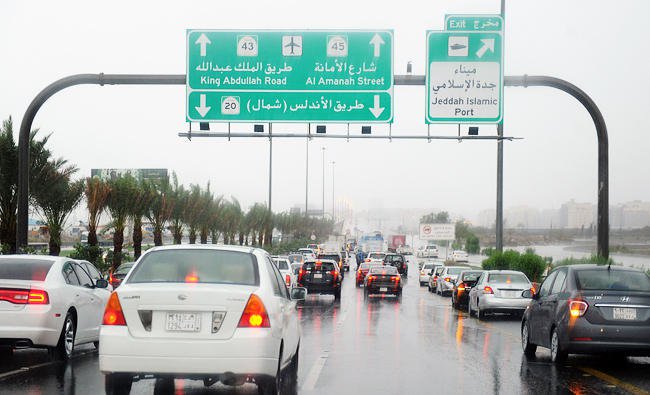 GDT made it clear that drivers can use any audio headset or external speakers to make calls while behind the wheel. The GDT excluded those using cell phones while their vehicles are static at traffic lights. A tissue box on the dashboard is not a violation, contrary to rumors. 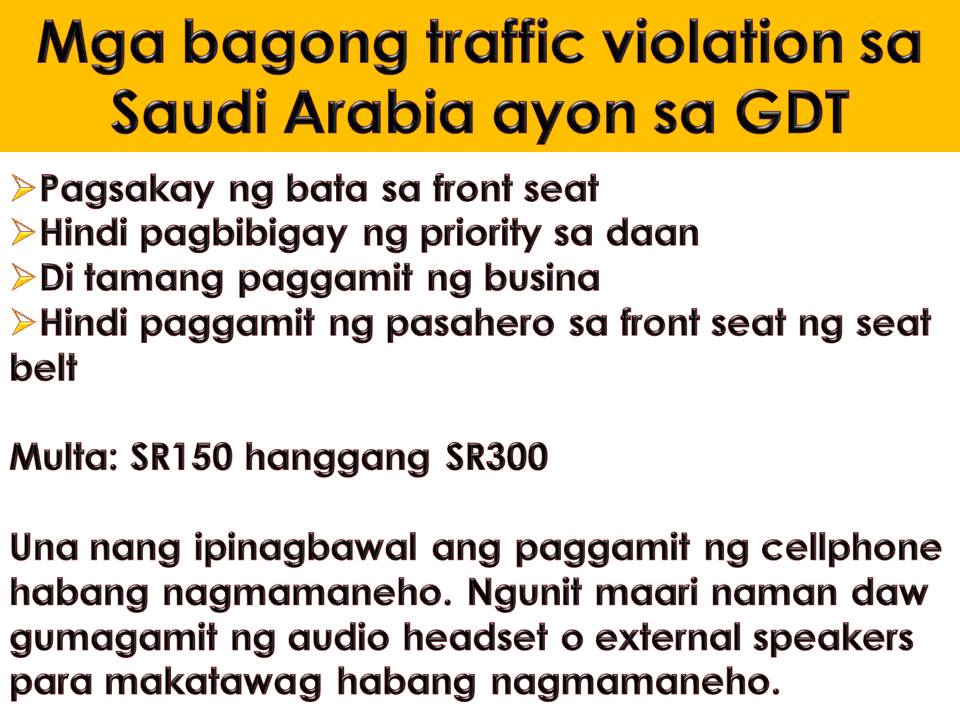 Violations will be recorded against vehicle owners or those officially authorized to drive them. It added that SMS messages would be sent to violators’ mobile numbers.

The GDT has also called upon all motorists and passengers to comply with all rules tailored for the safety of road users.

Saudi Arabia recorded an average 25 deaths a day due to car accidents or one death per hour. This is based on 2016 records where 9, 031 people died in car crash.


This article is filed under: Saudi Arabia, Expats in Saudi, Driving Law in Saudi

SEE MORE:
Watch: Viral Video of Bullying in Lucena and What Could Be the Possible Penalty For The Bully 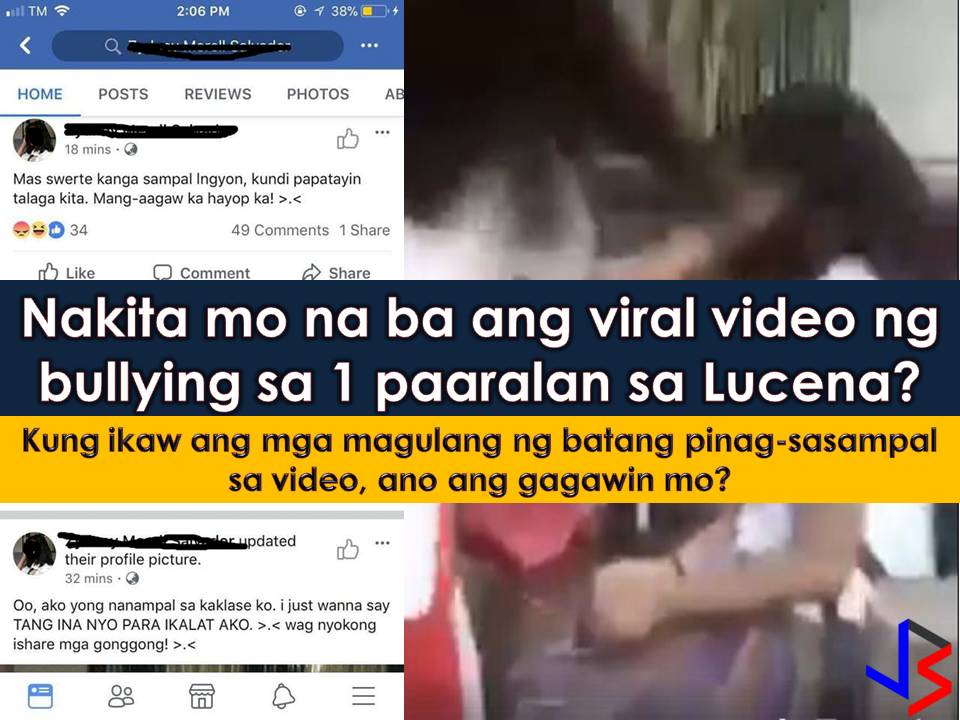 Read: Who Should Monitor OFWs Welfare, POEA, OWWA or the Recruitment Agency? 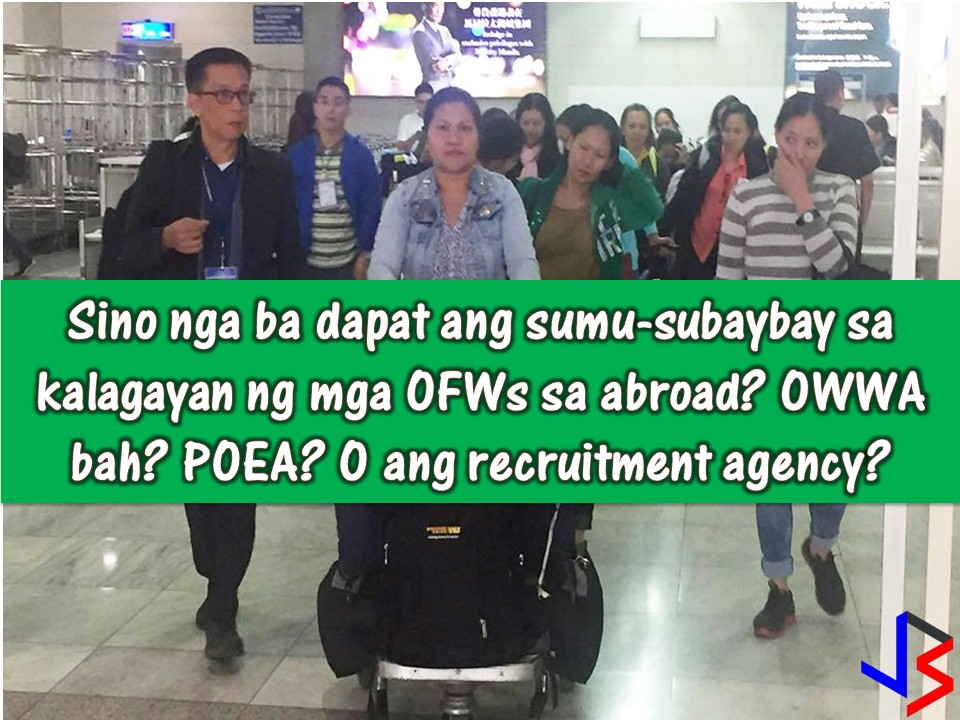 Read: As an OFW, What You Should Do In Case of Abuse? Here's Govt Suggestion 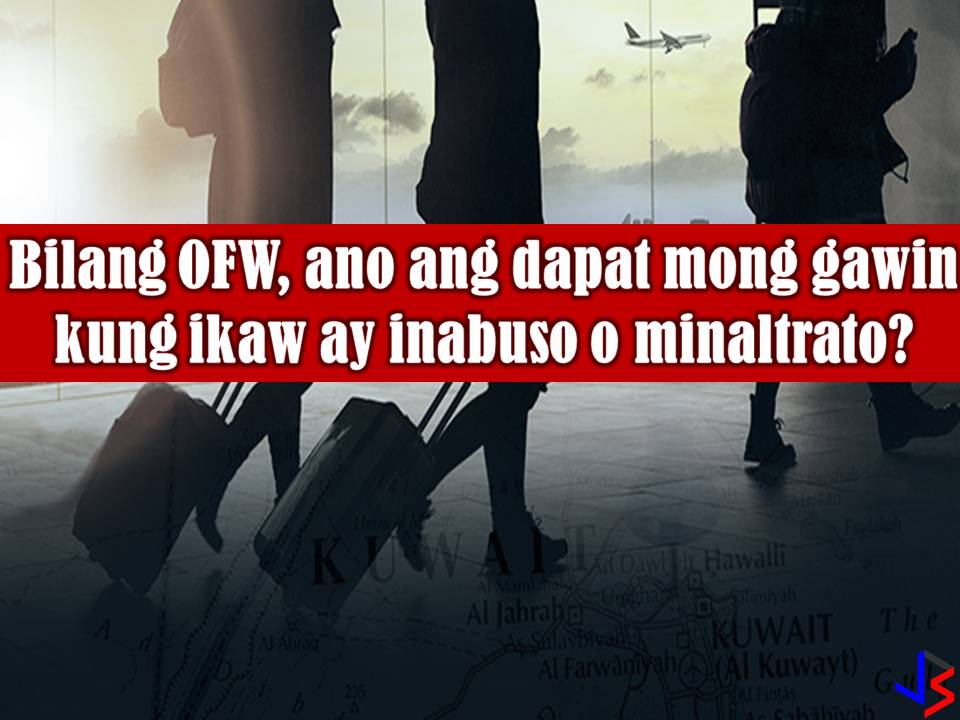