According to report, there were 7 ballistic missiles fired from Yemen to multiple cities in Saudi Arabia at around 11pm on 25th of March, 2018. The target cities were; Riyadh, the capital of Saudi, another at Khamis Mushait, and in Najran as well as the city of Jizan. The firing, report said was in retaliation to the 3 years Saudi-led coalition war being wage against the Iran-backed Houti's in Yemen. Initial videos went viral in Facebook and Twitter, it shows the interceptors successfuly busted and deflected those ballistic missiles from Yemen. 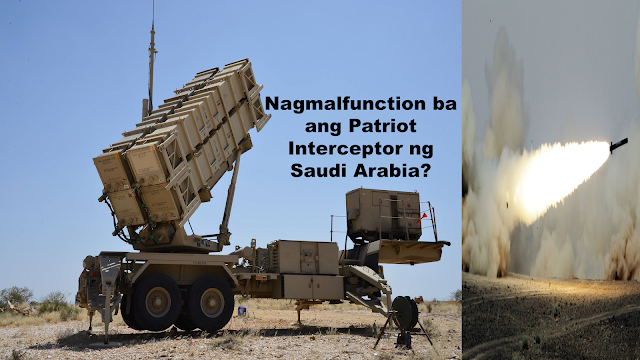 But other video shows that Patriot air defense missile seems to fail and crash in a residential area inside Riyadh, Saudi Arabia. Some OFWs said they felt the impact in their Facebook status, while others saw the interceptor missile went amiss.
Sponsored Links


Haven’t analyzed all the videos yet, but it looks like one interceptor failed catastrophically (left) and another pulled a u-turn and exploded in Riyadh (right). Not a good day for Saudi missile defenses. pic.twitter.com/4xtgTQwGSM
— Jeffrey Lewis (@ArmsControlWonk) March 26, 2018


Report says shrapnel from the missiles, not clear yet if missiles from Yemen or the interceptors caused one fatality and two injuries, all are Egyptian nationality. 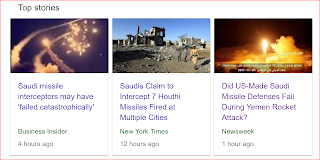 The Philippine Embassy in Riyadh issued the following statement:

STATEMENT OF THE PHILIPPINE EMBASSY  ON THE MISSILE ATTACK ON SAUDI ARABIA ON 25 MARCH 2018
Saudi Arabian air defenses intercepted seven ballistic missiles fired from Yemen by alleged Houthi militia toward various targets in Saudi Arabia on Sunday night, 25 March 2018.
Reportedly, three of the missiles were fired toward Riyadh, two toward Jazan, and one each toward Khamis Mushayt and Najran.
According to news reports, one Egyptian civilian worker was killed and two were injured during the attack in Riyadh.
The Philippine Embassy in Riyadh and the Philippine Consulate in Jeddah have so far received no report of any Filipinos being affected by the attacks in any of the targeted areas.
The Embassy will continue to monitor the situation to ensure the safety of its Nationals in the Kingdom of Saudi Arabia.
The Embassy advises all Filipinos in the Kingdom to remain calm but vigilant and to immediately report to the Embassy in Riyadh or the Consulate General in Jeddah of Filipinos affected by the attacks. For any emergencies, please contact the Embassy and/or Consulate through the following hotlines:
Philippine Embassy Riyadh Assistance to Nationals (ATN) Hotline: 056-989-3301
Philippine Consulate General Jeddah ATN Hotline: 055 5219613
This article is filed under: Saudi Arabia, Saudi Patriot Missile Interceptors
©2018 THOUGHTSKOTO
www.jbsolis.com
Share