8 Changes in Saudi Arabia OFWs Will Experience This 2018

For social and economic reform under Vision 2030, the way of life in Saudi Arabia is changing before our eyes this year. By the end of 2018, the Kingdom may look very different with these series of changes. Several major reforms announced by Crown Prince Mohammed bin Salman will take effect this year to shift the Kingdom's dependency on oil revenues.
Advertisement 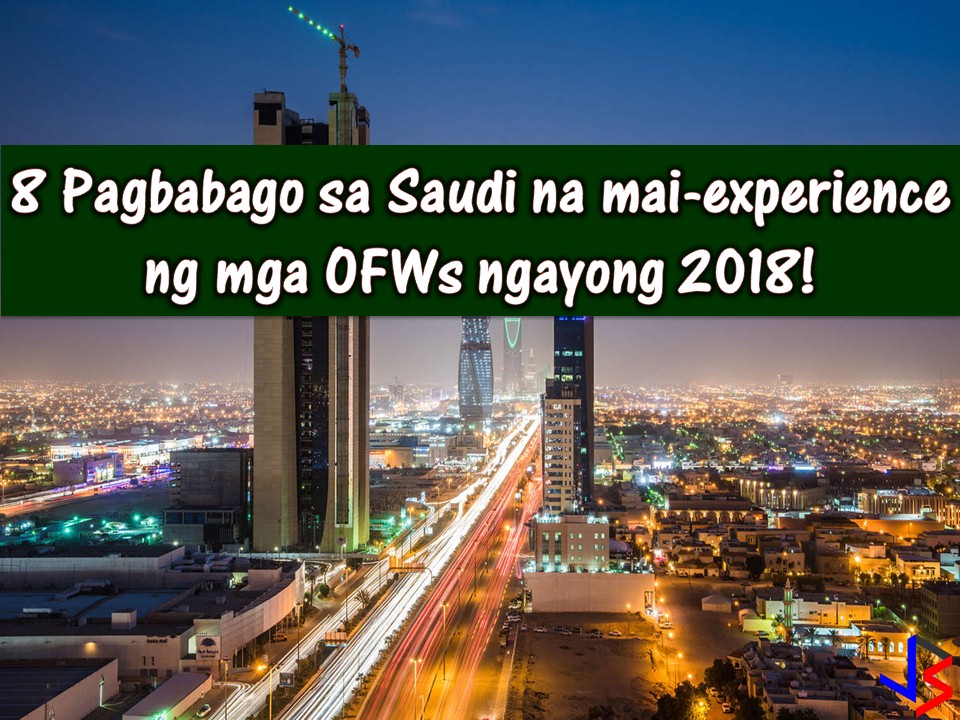 Saudi nationals are not just the one who can experience these changes but also Overseas Filipino Workers (OFWs) and other expatriates who are working in the kingdom. These changes may bring positive or negative impact to all people who are residing in the country.


The following will be the biggest changes to happen these next few months!

1. Cinemas will be back!

This April 18 the first cinema will re-open in Saudi Arabia after a 35-year ban. The Kingdom imposed a complete ban on cinemas in the early 1980s.

Read: Are You Ready To Watch Cinema in Saudi Arabia? Watch Out in Riyadh on April 18

According to reports, the first cinema will open in King Abdullah Financial District in Riyadh and a source told Reuters that it will not require men and women to sit separately. The first movie to break the 35-year old ban is the blockbuster "Black Panther". 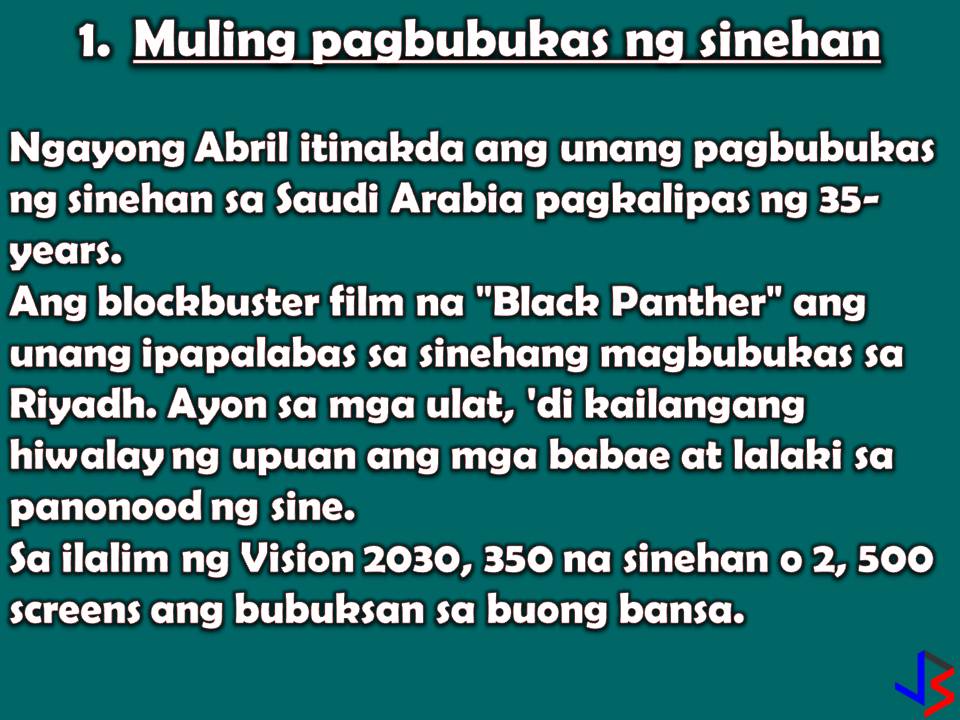 2. Orchestra and Opera will be opened

The 32-year old crown prince is currently seeking foreign partners to set up national orchestra and opera in the kingdom. Paris Opera is the latest cultural powerhouse to sign-up with an agreement. Plans for the first opera house in Jeddah is already underway.

Saudi Arabia said in February that it would invest $64bn in developing its entertainment industry over the next decade. 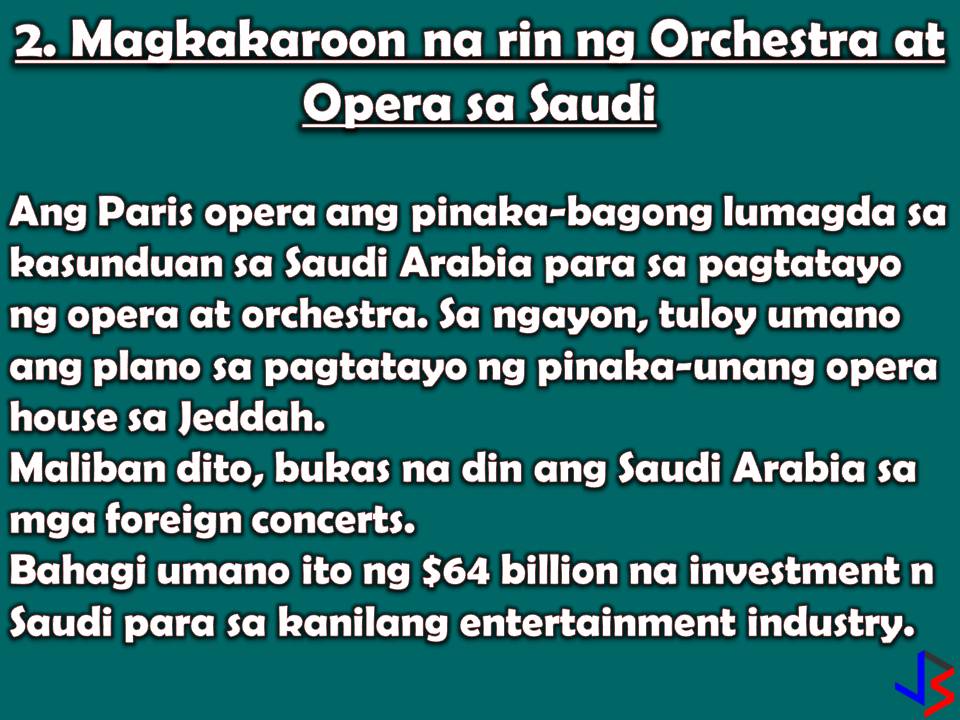 3. Women will be able to drive

In June, a long-standing ban on women driving will finally be lifted. This is based on a royal decree issued last September 2017. The move is expected to spur growth and give women a much bigger role in the economy. Only 22% of women are active in the workforce. Vision 2030 aims to lift that to 30%.

Read: Some Women in Saudi Arabia Are Now Learning To Drive 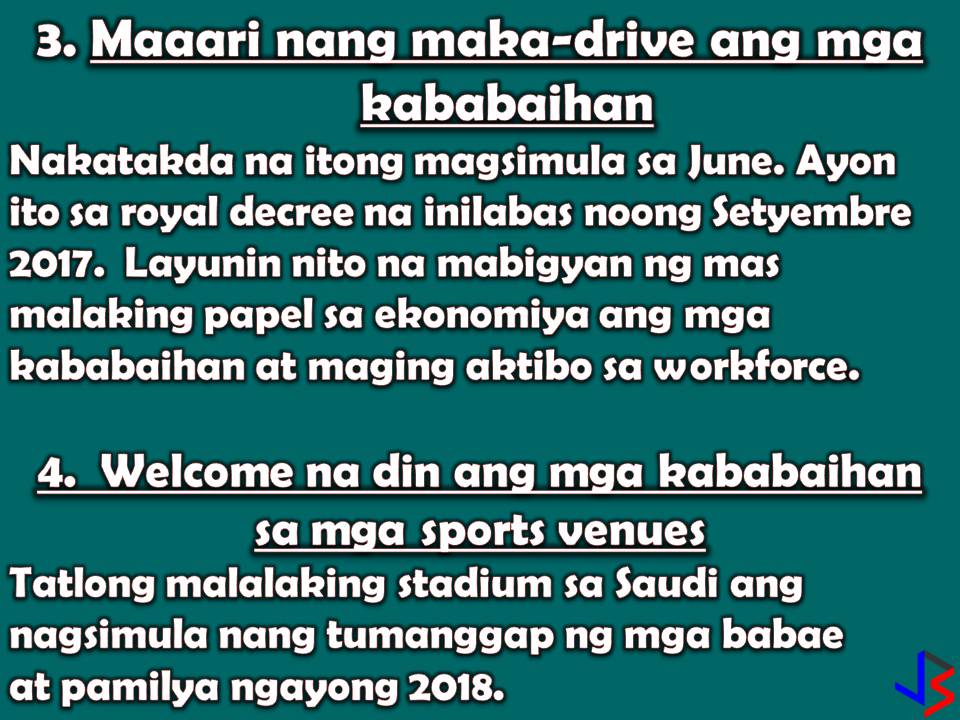 4. Women will be allowed into sports stadiums


Last October 2017, the General Sports Authority said that three of the country's biggest stadium will begin to accommodate families in 2018.

Saudi men and women are customarily separated in public places. But that restriction is also slowly being relaxed. Men and women were able to sit together at several music concerts and events in 2017.

This year, the Kingdom has started to issue a visa to tourists. With this tourist will be able to visit Saudi Arabia for the first time. Visas were previously restricted to people traveling to the country for work or to visit its holy sites.

The kingdom has ambitious plans to grow its tourism industry. It has already announced several projects, including one to build a series of resorts on about 100 miles of the Red Sea's sandy coastline. It is aiming to attract 30 million visitors a year by 2030, up from 18 million in 2016. 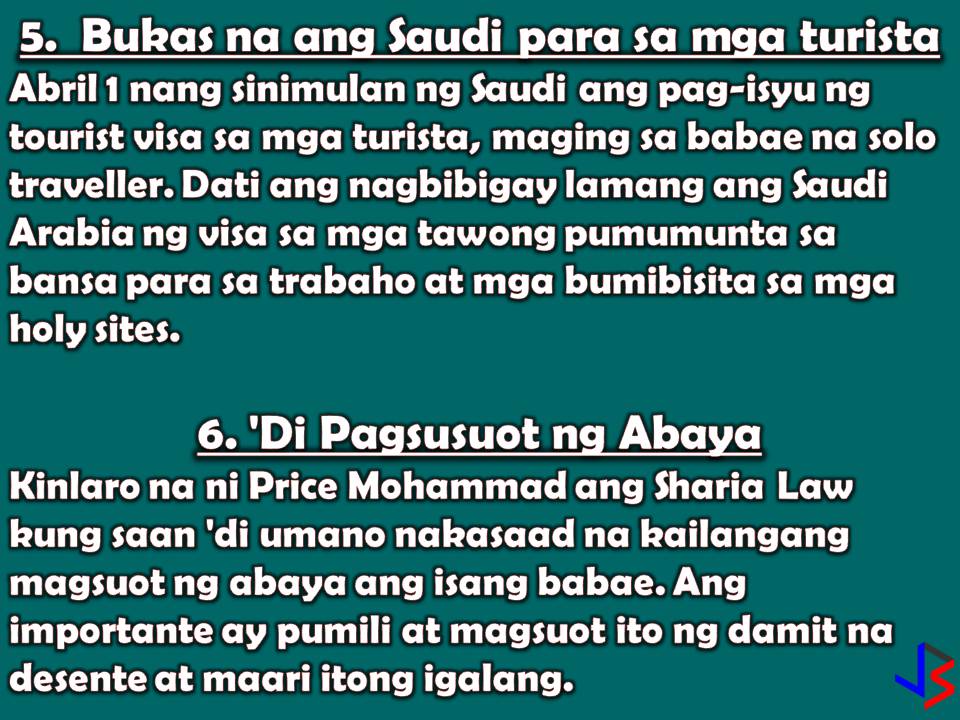 6. Clarification on wearing of Abaya

According to Prince Mohammad, the Sharia Law does not particularly specify a black abaya or a black head cover to be worn by women. But women should wear a decent and respectful clothing like men. He said the decision is entirely left for women to decide what types of decent and respectful attire she chooses to wear.

A senior cleric also said that women in the country should dress modestly, but this did not necessitate wearing the abaya.

7. Gas and goods prices are increasing

It has already started on January 1. People in Saudi Arabia is now paying a lot more for gas. State-owned Aramco, the world's biggest oil producer, jacked up prices at the pump by as much as 127% while premium gasoline now costs 2.04 riyals per liter.

Saudis are also paying more for most consumer goods and services. A new 5% sales tax took effect on January 1, part of an effort to boost government revenues from sources other than oil.

To cut unemployment rate, Saudization will continue. Based on the target this year, by September 2018, 12 jobs will be limited to Saudi nationals. These include jobs at car and motorbike shops, men's and children's wear, office furniture, and home utensils.

Read: List of 34 Jobs OFWs Cannot Apply For in Saudi Arabia This 2018

By November 9, 2018 Saudization at shops selling electronic and electric appliances, watches and eyeglasses will come into effect. By January 2019, jobs at medical equipment, building materials, car spare parts, carpets and rugs, and confectionery shops will also be nationalized. Next to this are jobs in shopping malls, car rentals, and gold and jewelry shops.

This article is filed under: Saudi Arabia

SEE MORE:
Read: 10 Simple Tips for OFWs to Save Money From Monthly Salary 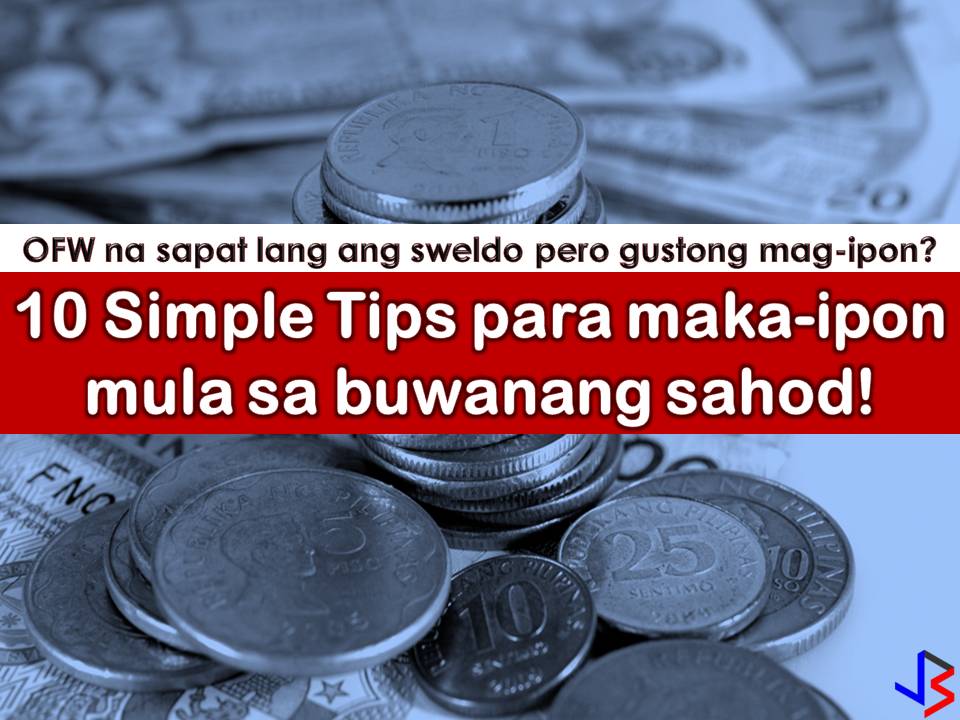 Read: OFW? Here's Top 5 Reason Why You Need To Have Retirement Plan 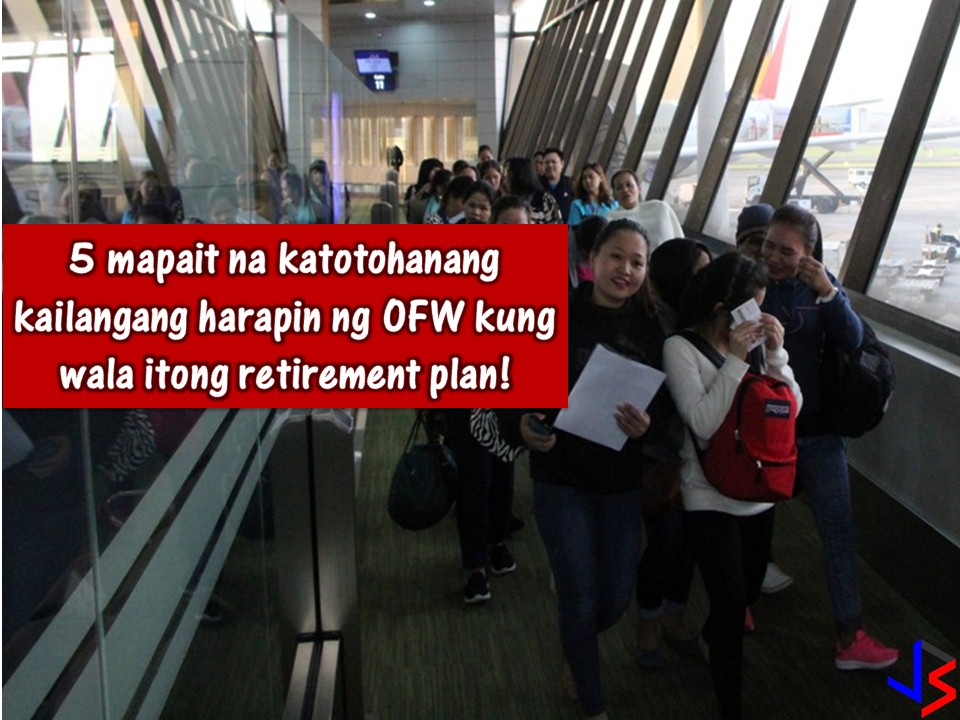 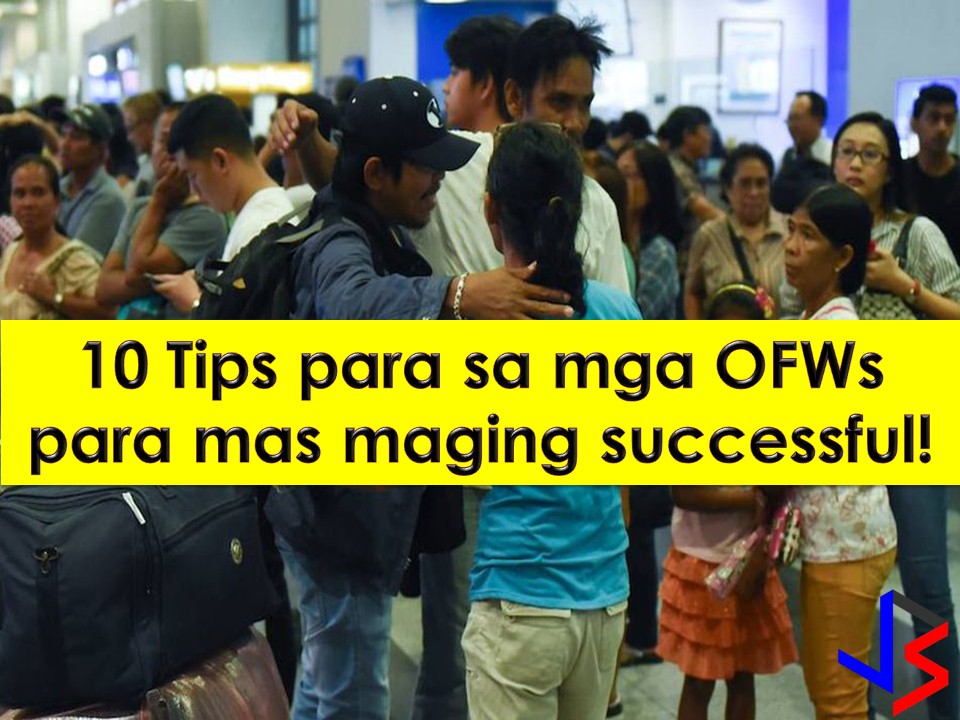 Read: Working Abroad? You Can Be A Happy and Healthy OFW With These 7 Tips 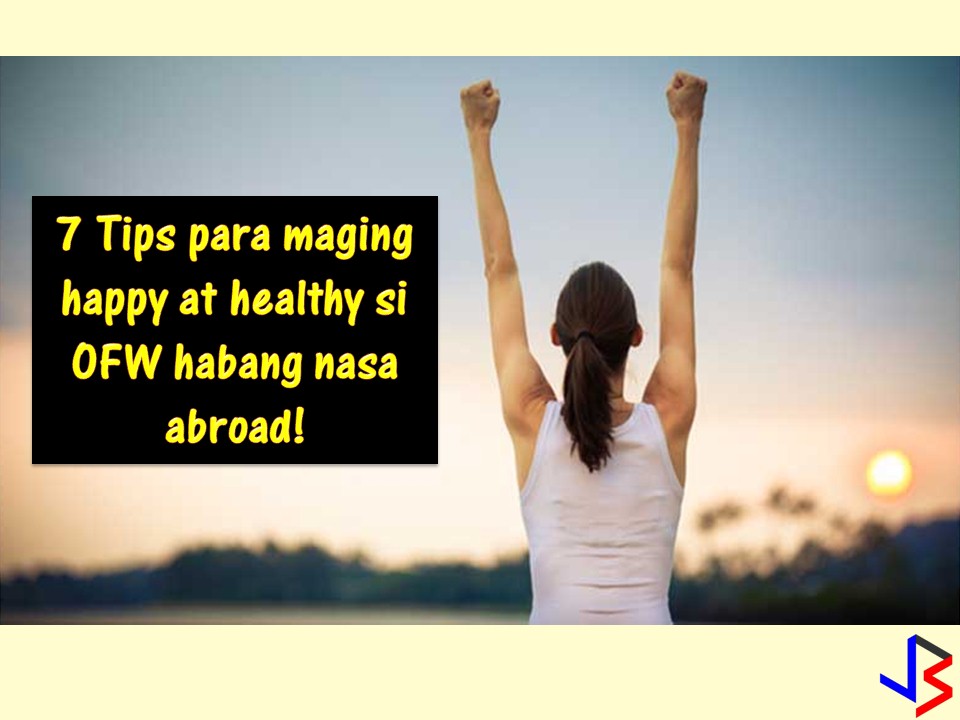 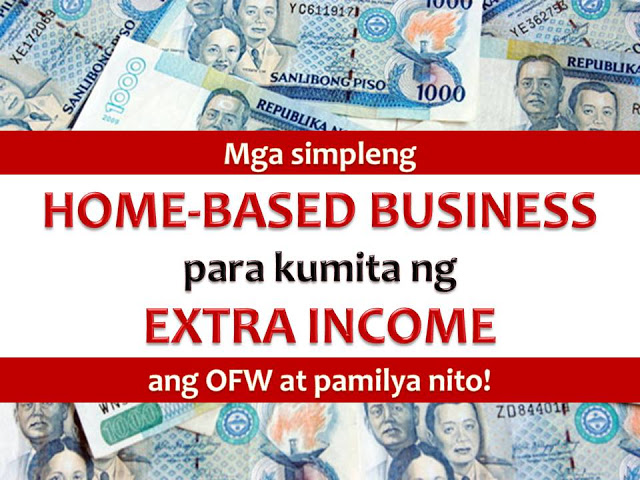