SSS Admits, Pension Funds Will Be Good Only For 7 Years

If the second installment of another P1000 benefit will be released next year without a funding mechanism, government-owned pension fund Social Security System (SSS) will run out of funds in 7 years.

"Should the second tranche of additional pension be implemented in 2019 without any funding mechanism, the SSS will have a fund life of seven years or until 2026," SSS said in a statement.

According to SSS President and CEO Emmanuel Dooc, the SSS fund life significantly dropped from 2042 to 2032 last year, after implementing the first tranche of the additional benefit last year,
Advertisement 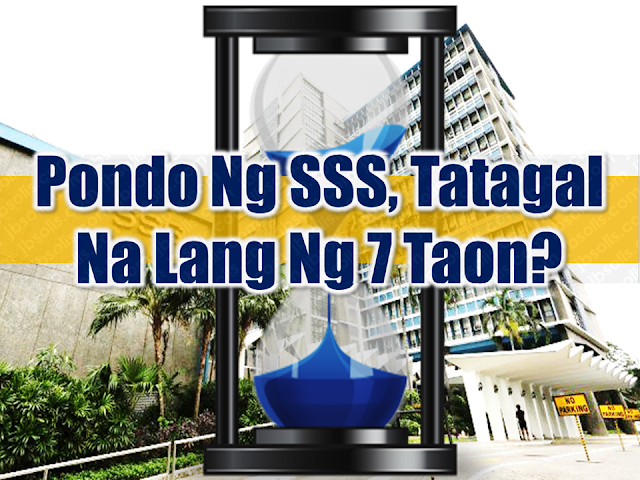 SSS is still waiting for President Rodrigo Duterte to issue an executive order to release the additional benefit he promised to pensioners in 2016. The second tranche can also be released if the proposed amendment of Republic Act 8282, or Social Security Law of 1997 gets enacted.

"Our goal here in SSS is to see to it that we are able to release the second tranche [of pension] still within the term of President Duterte, which can be approved in 2022 during his last year in office," Dooc said.

He also said that to strongly support the implementation of the second tranche of pension increase, there should be approval of either an increase in contribution rate or adjustment in the minimum and maximum monthly salary credits in SSS. 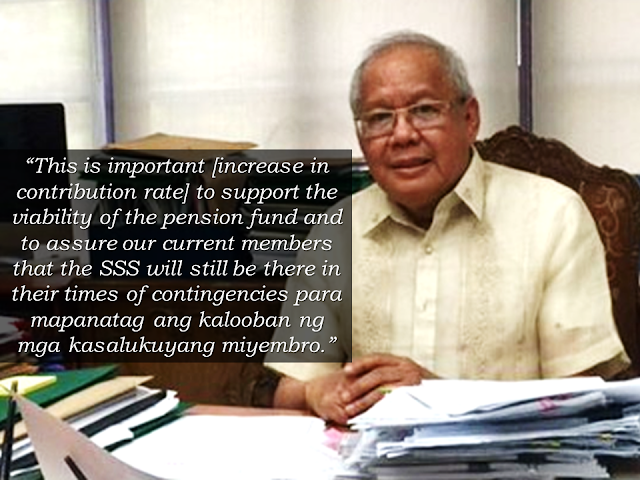 Besides hiking the contribution rate, Dooc also proposed raising the salary ceiling for contributions from P16,000 to P20,000 and the minimum salary level from P1,000 to P4,000.
He said that the pension fund has also been working to raise its collection rate over the past year.
SSS collections grew 10.6 percent to P159 billion by the end of 2017, Dooc said.
"It's a substantial increase, for January to April 2018, we have collected P62.5 billion," he added.
But he said the pension fund needed an Executive Order or a legislative amendment to the SSS charter to hike the contribution rate and offset the promised P1,000 increase in pension benefits.

As of December 2017, SSS has over 960,000 registered employers and a combined 8.63 million registered voluntary and self-employed members. 10% of SSS pensioners or around 218,000  people claimed the additional benefit last year. 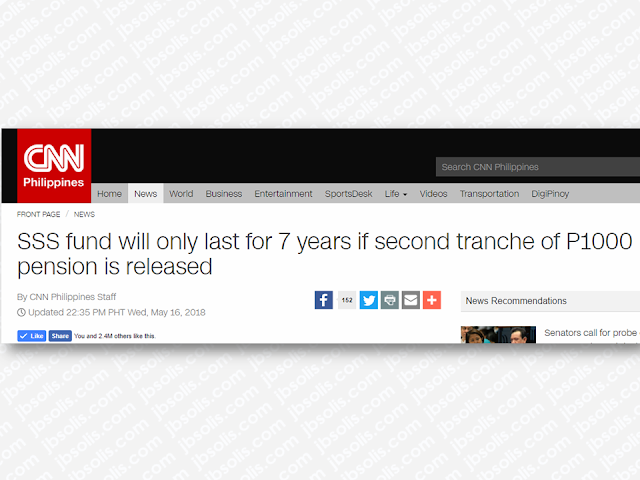 Business Owners? Here's How To Apply For BDO SME Loan

It's More Deadly In The Philippines? Tourism Ad In New York, Vandalized

Earn While Helping Your Friends Get Their Loan

List of Philippine Embassies And Consulates Around The World

Why OFWs From Kuwait Afraid Of Coming Home?

How to Avail Auto, Salary And Home Loan From Union Bank