Do You Know That OFW Women Send More Remittance Than Men?

Share
There are about 2.2 million overseas Filipino workers (OFWs) deployed worldwide, 57% of them are women. A digital money transfer company conducted a study which shows that female OFWs are sending more remittance compared to male OFWs, most of which are intended to support children’s education.

The study, which involves more than 1,000 Filipino participants, reveals that 92% of female OFW respondents regard education as the priority for sending money to the Philippines. Moreover, 72% of female OFWs are also found supporting the education expenses of those outside of their immediate family.
Advertisement 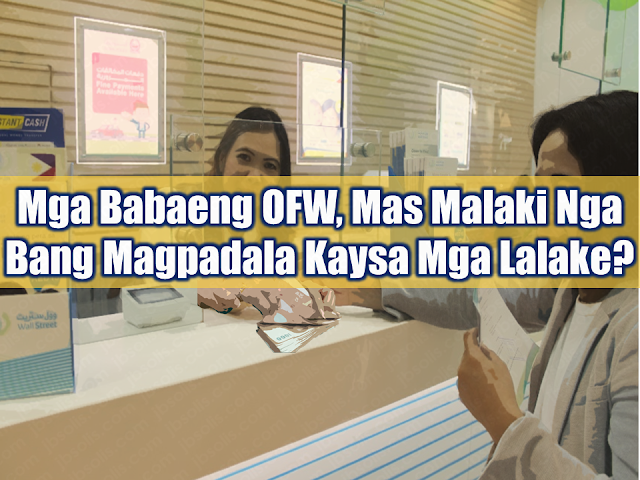 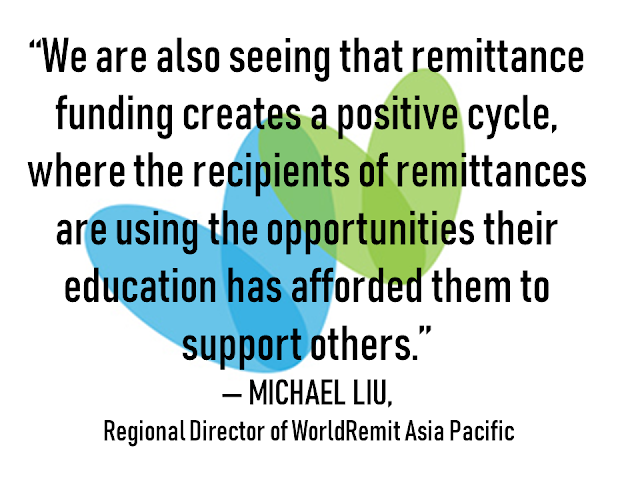 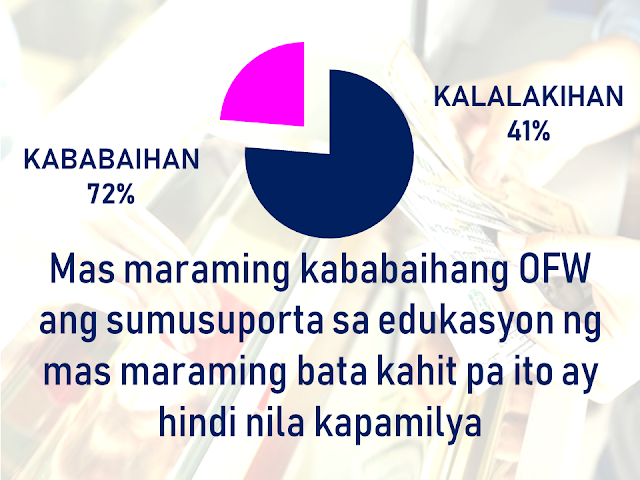 72% of female OFWs send remittances for their support on the education of more children even those who do not belong to their own family circle. 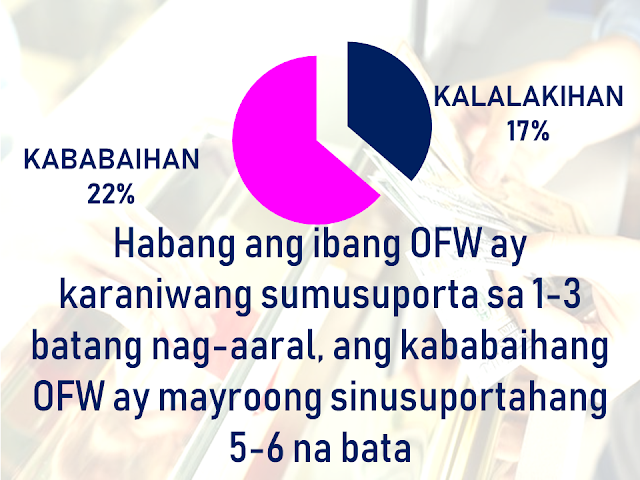 While many OFWs normally support 1-3 students, female OFWs has 5-6. 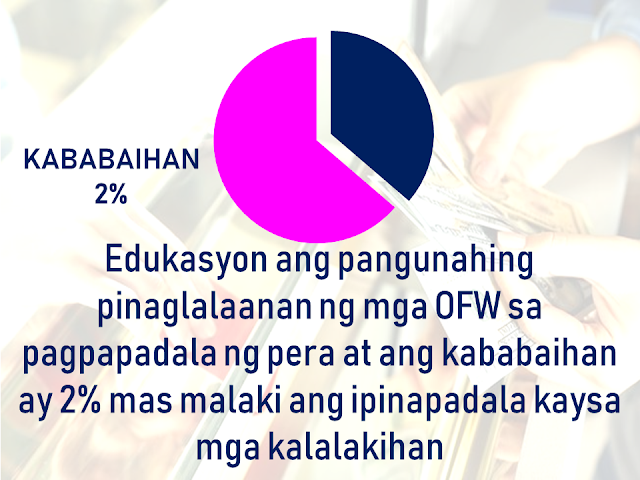 The study said that OFWs allocate a large chunk of their remittances for sending their children to school to have a quality education. OFW women send 2% more than men do. 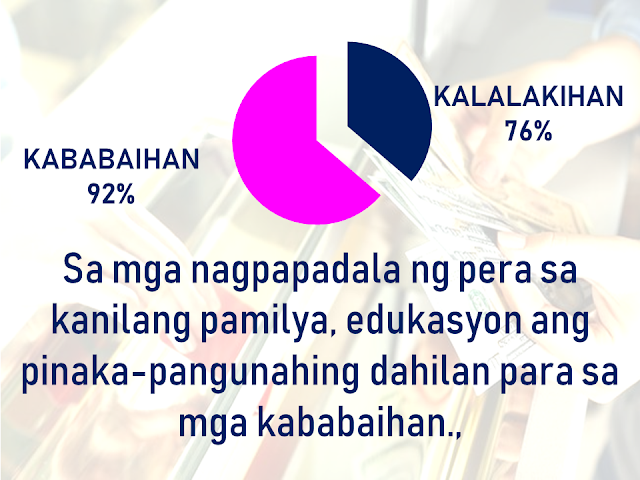 It could be because women who are working abroad are mostly domestic helpers and they don't want their kids to experience the same working conditions.

OFWs working in a foreign household are mostly women, and it is said that they are more vulnerable and prone to abuse and maltreatment.
Nevertheless, the Philippine economy remains stable because of these remittances.

However, the data is not released to despise or degrade OFW men because all the OFWs contributions are equally significant to the country from the remittances they religiously send to their families back home. 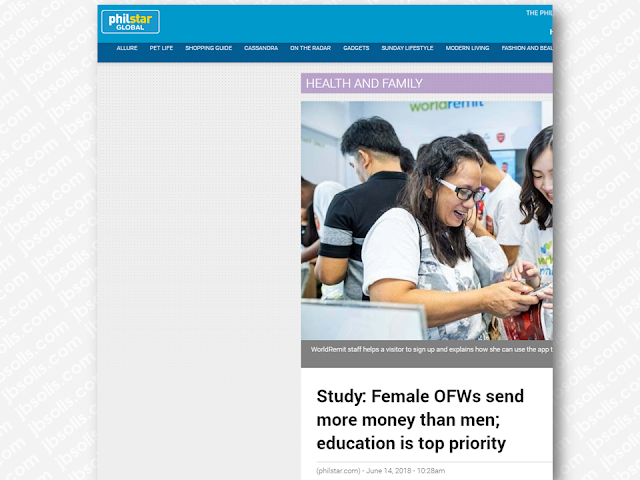