Leptospirosis Awareness, Cause And Prevention

Share
The rainy season is said to be the peak season for getting sick due to the many water-borne diseases that are brought about by the climate. Flooding is also a problem in many areas during rainy days. Cases of diarrhea and dengue rise during this season. Because of flooding, many become victims of leptospirosis as well.
The National Kidney Transplant Institute said that 99 people have already died due to this disease since January.
Advertisement 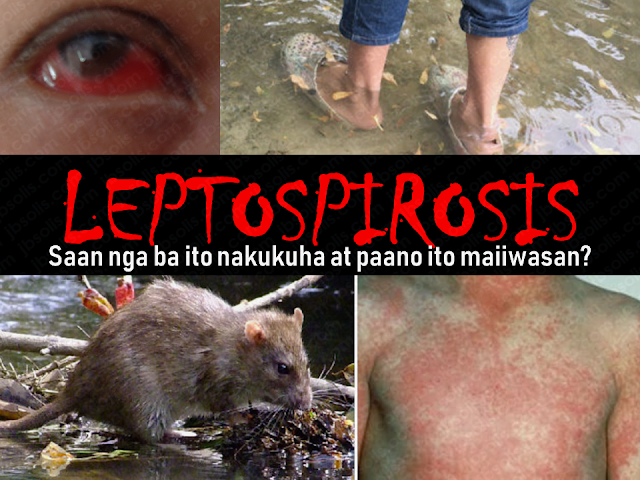 
Leptospirosis is an infection caused by a corkscrew-shaped bacteria called Leptospira. Symptoms can range from none to mild such as headaches, muscle pains, and fevers; to severe with bleeding from the lungs or meningitis.
Studies show that exposure to flood or swimming in a pool contaminated with rat urine is the known major cause of leptospirosis. Exposure to soil with rat urine can also infect humans.

The Department of Health (DOH) has recorded a total of 99 deaths out of the reported 1,030 cases of leptospirosis in different government hospitals in the Philippines from Jan. 1 to June 9, Health Secretary Francisco Duque III said as cases of the flood-borne disease rise nationwide.

Nine patients taken to the National Kidney and Transplant Institute (NKTI) in Quezon City, including those admitted on June 22-27 are among the fatalities, according to Duque. 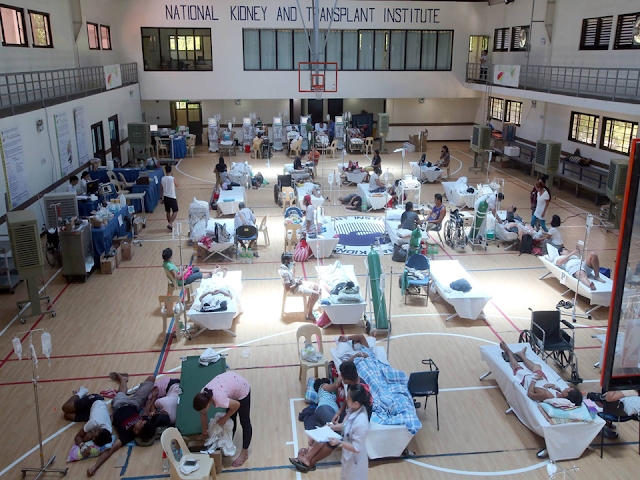 As the cases of leptospirosis continue to grow, they have transformed the hospital gym into an improvised ward and formed a special lane to accommodate the patients, according to NKTI director Rose Marie Liquete.

Duque urged the public to seek immediate treatment when they have a fever or any other symptoms of leptospirosis after wading in flood water.

The DOH is conducting close monitoring, particularly on the regions with rising cases of leptospirosis to determine if there is a need to declare an outbreak of the deadly infection 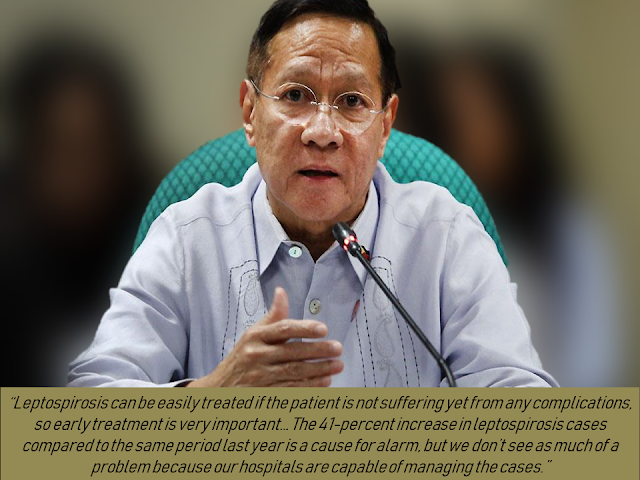 To prevent your family from contracting leptospirosis, these tips have to be followed:
1. Avoid exposure to flooded areas especially if you have any open cuts or wounds. Use boots or any protective gears if you need to.

2. Keep your area clean and free of clutters that attract rats. Observe rodents and rats control.

3. Strengthen your immune system by having a healthy diet.

Complete List Of Contacts For OFWs In The UAE