Share
25 overseas Filipino workers (OFWs) has been granted royal pardon by the Emir of Qatar during the month-long observance of Ramadan.
Without disclosing their identities, Labor Secretary Silvestre Bello III disclosed that most of the pardoned workers were imprisoned for various cases such as bouncing checks as well as drugs and adultery cases.
Advertisement 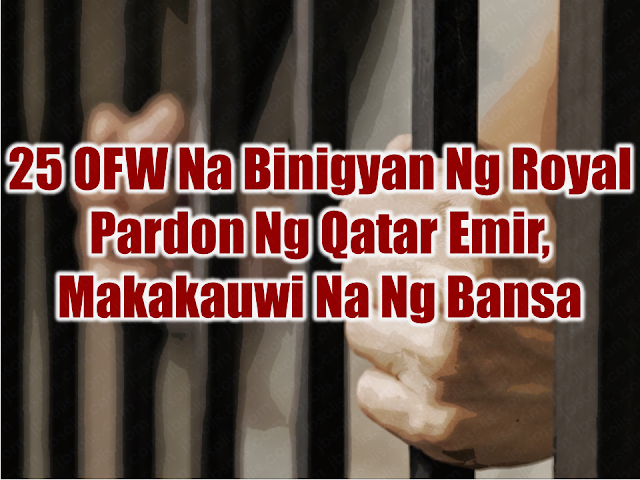 Bello said he has conveyed the gratitude of President Rodrigo Duterte to Sheikh Tamim Bin Hammad Al Thani for his act of compassion. 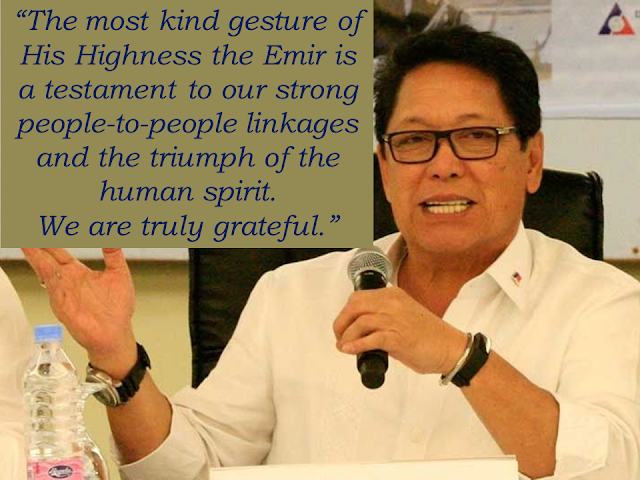 The government shall also provide assistance to pardoned workers and will be repatriated, Bello said..

Bello attended a gathering of more than 4,000 OFWS in Doha last June 12 in observance of Philippine Independence Day organized by the Philippine embassy in Qatar.

The event, which Minister Essa Bin Saad Al Jafali Al Nuaimi of the Administrative Development, Labor and Social Affairs, and other Qatari officials attended, coincided with the celebration of Ed’l Fitr.

The latest study shows that the state of Qatar is among the top destination countries of OFWs in the Middle East, next to Saudi Arabia and Kuwait. 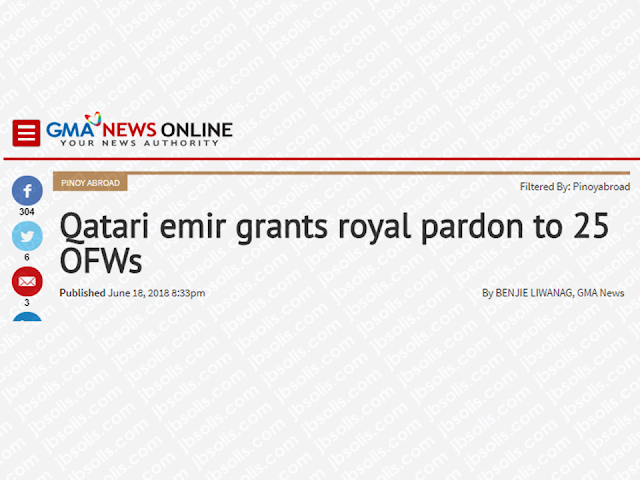