Share
The most notorious modus victimizing the passengers especially the overseas Filipino workers (OFW) at the Ninoy Aquino International Airport  (NAIA) aside from baggage pilferage is the bullet planting or "tanim-bala" where the suspects deliberately slide-in a bullet on passengers baggage without the knowledge of the baggage owner. During the x-ray baggage check, with the passenger totally unaware of it, the bullet will be found at the baggage and the poor passenger will be held under the airport security unless they will give something in exchange of not being offloaded. In many cases, the victims were offloaded and not able to board their flights on time and they end up spending more on their flight rebookings aside from being asked to pay for the fine for illegally carrying an ammunition.
After last years tanim-bala issues, people who are bound to use the airport became conscious and careful, wrapping their every baggage with layers of plastic wrap to prevent the scammers from planting bullets into their luggage.
Advertisement 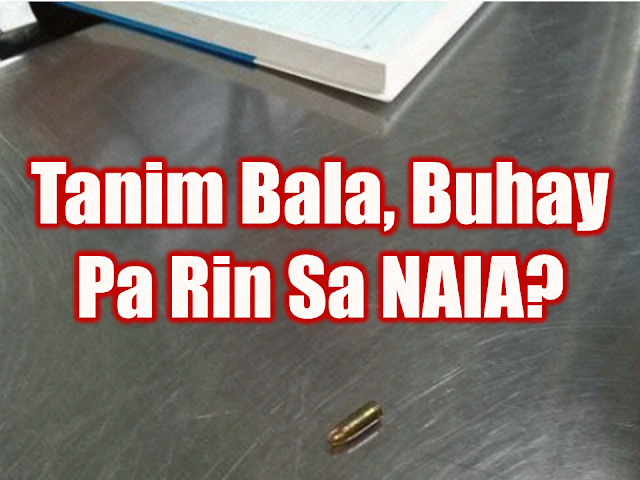 The news about bullet planting incident died down and everybody thinks that it is all over and there is no tanim-bala anymore. We are all appeared to be mistaken.
A woman passenger at the NAIA terminal 3 was a victim of the same modus just a few days ago. She shared her experience in social media to make other people aware that this scheme still exist.
Kristine Bumanglag- Moran narrated her ordeal and how she was terrified when the airport security found a .9mm bullet inside her luggage bag which, to her surprise, and in good faith that it was never in there.
Her initial reaction was to get agitated. Moran was fuming in anger as she speaks with the airport officers. 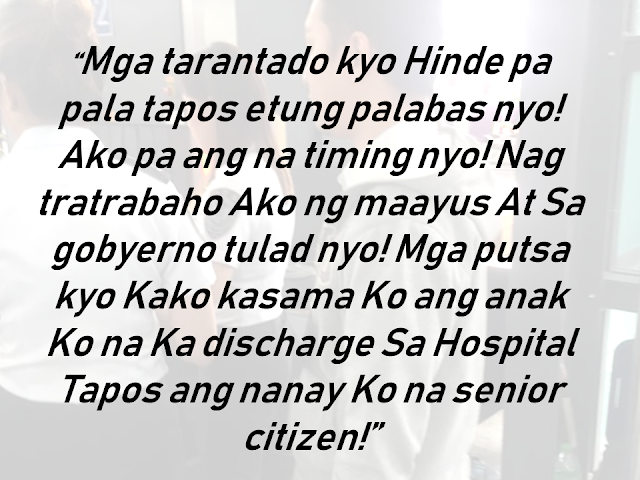 The victim was with her mom who is a senior citizen and her kid who had been just recently discharged from the hospital. A police officer came and she told everything to the officer.
The senior officer said that they will only record the incident on their log book and then they will be free to go.
President Rodrigo Duterte ordered the MIAA to end tanim bala and there was no reported incident again until now. 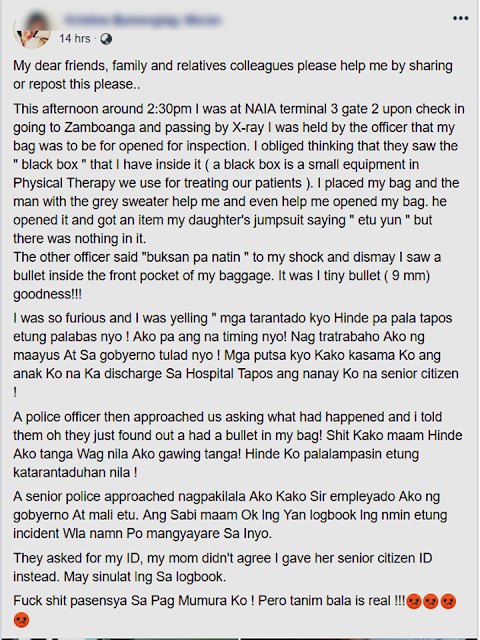 However, the Department of Transportation has issued a statement regarding the incident and assured that the individuals who allegedly planted a bullet into the victim's baggage will be reprimanded accordingly and will not be tolerated. 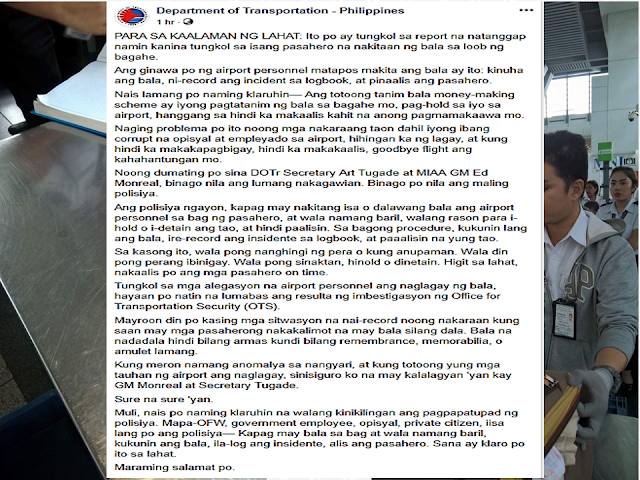 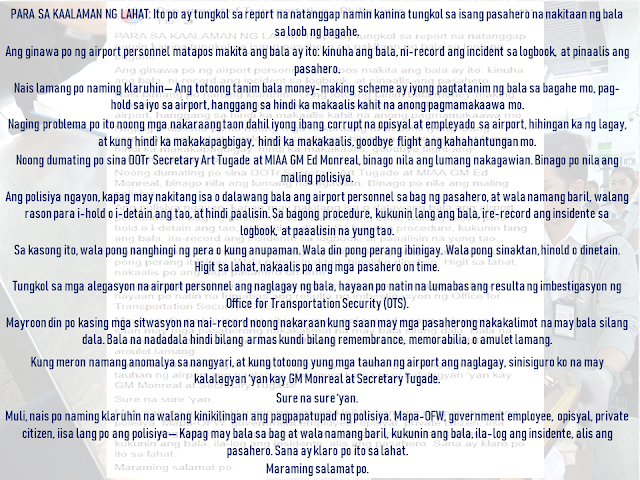 
How Filipinos Can Get Free Oman Visa?