Another 12 Job Categories in Saudi Arabia, to be Off-Limits to OFWs, Expats

Share
No doubt, Saudi Arabia is still one of the top destinations for Overseas Filipino Workers (OFWs). But with the implementation of Saudization, the "world" of OFWs and other expatriates in Saudi Arabia is getting smaller. The push to nationalize several job sectors started in 2011 and in ongoing up to now. The oil-rich kingdom is slowly limiting jobs to foreign workers, giving priorities to locals to boost employment of Saudis. These include jobs that used to be available for OFWs and other expats.
Advertisement 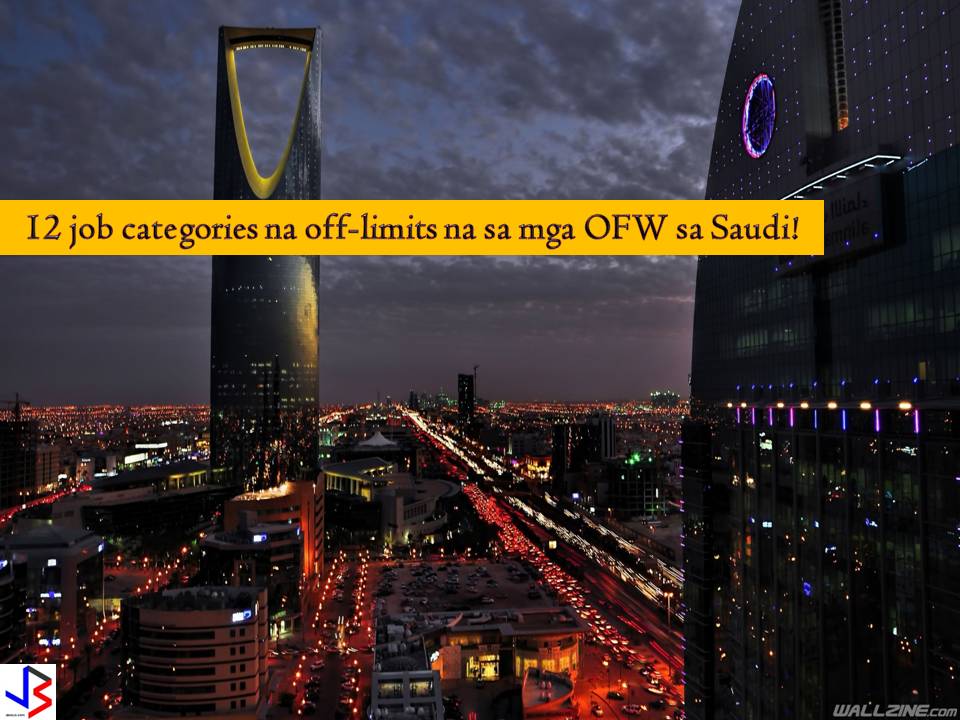 This 2018, another batch of job categories in Saudi Arabia will be limited to locals or Saudi nationals by the end of the year. The Saudi Labor and Social Development Ministry has issued an order that limits 12 jobs and different shops only to their citizens. It means expat workers are no longer allowed to apply for these jobs.
Sponsored Links
According to ministry spokesman Khaled Aba Al Khail, starting September 11, 2018, no expats will be allowed to work in car and motorbike shops, men's and children's wear, home and office furniture, and home utensils.

Read: 8 Changes in Saudi Arabia OFWs Will Experience This 2018

This will be followed by Saudization on shops that sells electronics and electric appliances, watches, and eyeglasses that will take effect on November 9, this year. 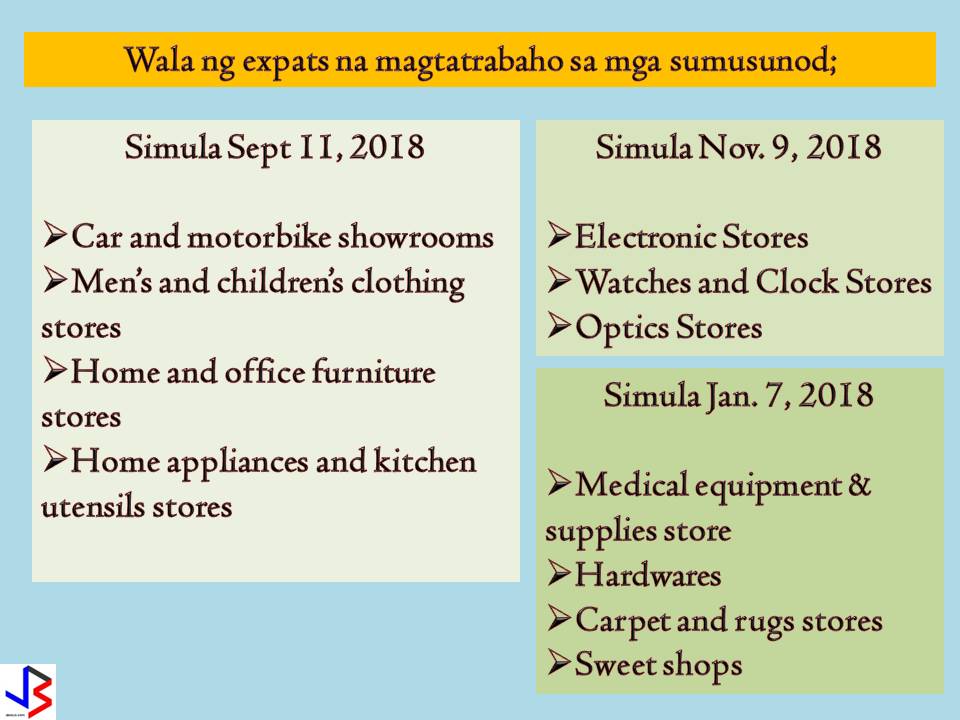 This is not yet the end of the nationalization program. By January next year, Saudi Arabia will also nationalize jobs at medical equipment, building materials, car spare parts, carpet and rugs and confectionery shops. This will start on January 7, 2019.

Saudization started in 2011 as part of the Kingdom's initiative to encourage Saudi nationals to work in the private sector.