Another Fake Facebook Page Promising To Give Away Cars, House and Lot

Share
Fake posts and misleading news titles are rampant on the internet, especially on social media. It may seem harmless but encountering this fakes every day is annoying not to mention the effects of misinformation that can affect our discernment of what is fake and what is real especially when fakes use or quote prominent people to lure their victims to click.
Nowadays, page-selling and buying could be the main reason why there are lots of promo pages that promise giveaways such as cash, cars, and even house and lot. And who wouldn't want these things, right?
The mechanics will be as simple as liking the page, sharing it to your wall, commenting and inviting your friends to like the page as well.
The logic behind why they set up this bait is just one thing, to gain more following for them to be able to sell their pages at a higher price. 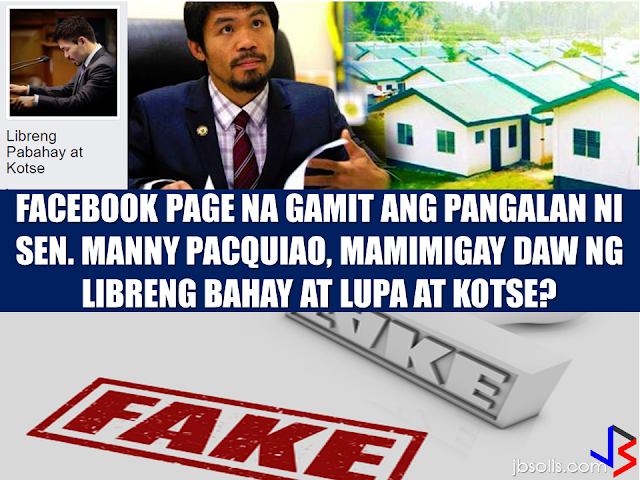 Senator Manny Pacquiao clarified on Tuesday that posts circulating on Facebook saying that he will give prizes to supporters are not true.

Another Facebook page said Pacquiao will pick 100 contestants who will receive motorcycles as a prize.

The said posts quickly spread on social media as sharing the posts was required for one to have the chance to win a prize.

Earlier last year, a newly created FB page uses the name and photo of Philippine Senator and a world champion in boxing, Sen. Manny Pacquiao. The page name itself says: "Free housing and cars"
From their first post, it surprisingly gained more than 47,000 likers in just 2 days. 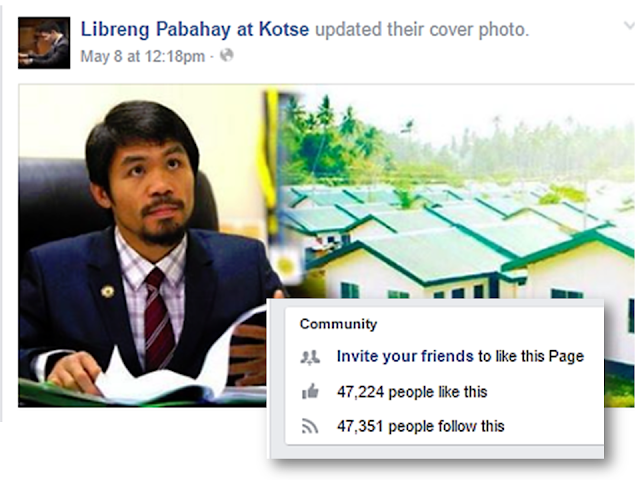 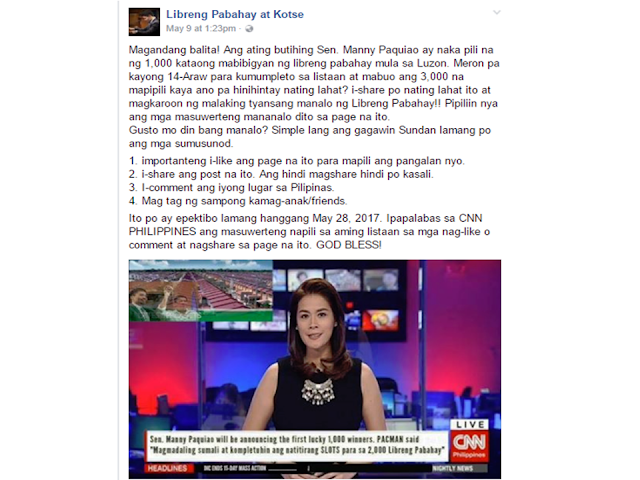 To make their page look legit, aside from using the name of Senator Pacquiao, the page also uses the News agency CNN Philippines. The said news agency, according to the page post, will announce the winners of their bogus promo. 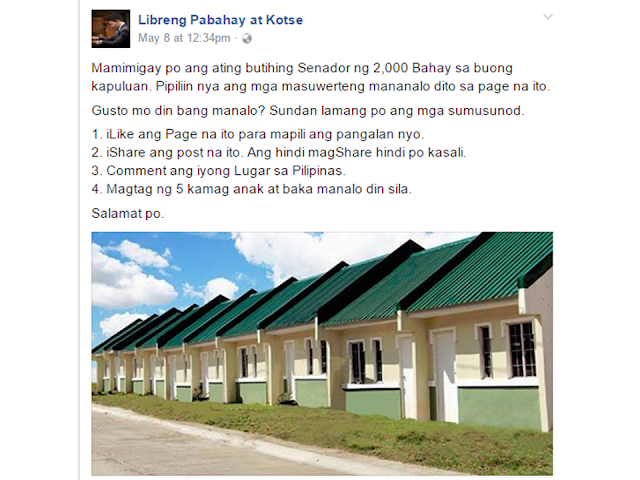 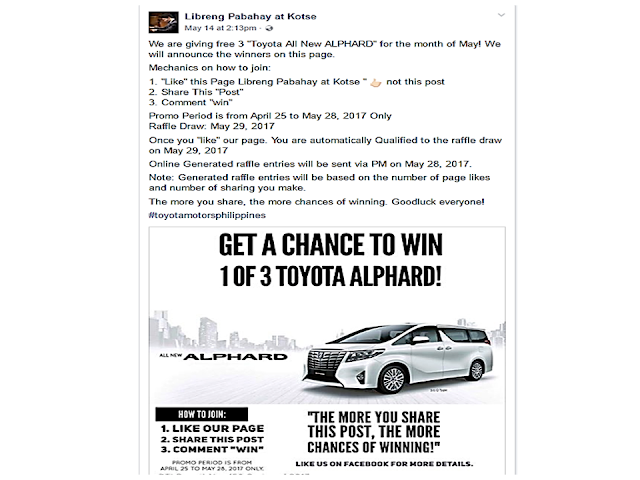 Be warned that the likes of this pages lure people with too-good-to-be-true prices. Do not believe anything you read on social media especially those with unbelievable contents.
Another bogus page surfaced in FB just recently which has been known to be fake.

Support And Protection Of The OFWs, Still PRRD's Priority
©2017 THOUGHTSKOTO
www.jbsolis.com
SEARCH JBSOLIS, TYPE KEYWORDS and TITLE OF ARTICLE at the box below
Share