Makabuhay or Guduchi  (Tinospora cordifolia) is a roughly textured vine that extends from 4 up to 10ft. It is known to have heart-shaped leaves and commonly grow in different areas in the Philippines.

Makabuhay plant contains chemicals that can be beneficial to health such as colombine, a little alkaloid, and glucoside.
It also has picroretine and traces of berberine on its leaves. Being on the list of medicinal plants that are highly potent in giving a solution to common health issues, it has gained the reputation of being a highly recommended medicinal plant in Asia.
Advertisement 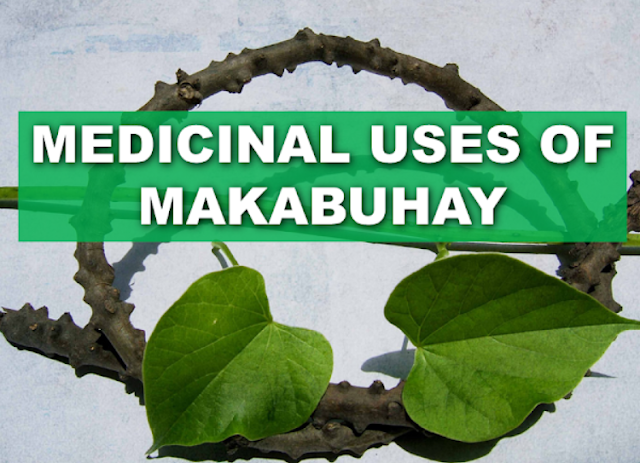 DISEASES THAT CAN BE CURED USING MAKABUHAY PLANT  AND HOW TO USE IT:

FEVER:
Make a tea by boiling the leaves and vines of makabuhay. Drinking the tea can cure high fever and help lower the body temperature.

SCABIES:
Grind or pound the makabuhay vines to extract the juice and apply it directly to skin affected by scabies.

MALARIA:
The tea made from boiling the leaves and the vine of makabuhay can be used  to cure high fever caused by malaria.

WOUNDS AND CUTS:
Washing the wounds using the water from boiled makabuhay plant can speed up the healing process and avoid infections because of the antiseptic properties of makabuhay plant.
Pounded vine soaked in coconut oil can also be applied directly onto affected area.

RHEUMATISM AND ARTHRITIS:
Pound the makabuhay vines and soak it in coconut oil. Use the oil as a liniment and apply it on the affected part.

STOMACH ULCER:
Drinking the water infused with pounded makabuhay vines can help alleviate the pain caused by an ulcer.

FLATULENCE:
The oil with pounded makabuhay vine soaked to it can be applied to the abdomen to ease flatulence.