Manage Your Anger And Avoid Getting Into Trouble Abroad


Anger if not handled well could cause chaos. A moment of a sudden outburst of anger could result in a lifetime of regret. As overseas Filipino workers (OFW) in a foreign land, it is important that we control our emotions to keep us from getting into troubles.
Poor anger management and bad temperament could bring you into a very bad situation which can cause you your overseas job and worse, even your life.
Anger management is a psycho-therapeutic program intended to prevent and control anger. Anger is, most of the time, might be a result of frustration or of feeling blocked or preempted from something important to a person. Just like what happened to an OFW who was supposed to be enjoying his day-off when she was asked to report to work. 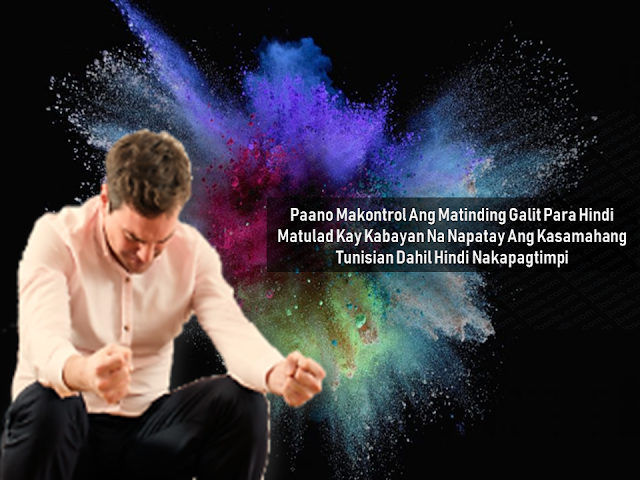 An overseas Filipino worker (OFW) was arrested after killing a Tunisian co-worker in Jeddah, Saudi Arabia

The OFW whos identity is not disclosed, is a 48-year-old kitchen staff hailed from Laguna and working in a hotel in Jeddah.
Consul General Edgar Badajos ofPhilippine Consulate General in Jeddah said that based on their initial investigation, the incident happened on July 20 when the OFW who was supposed to enjoy his weekly off but was asked to report to work. 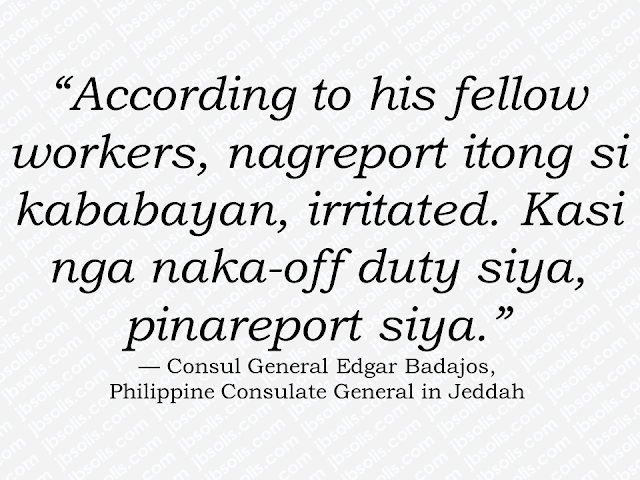 Badajos also said that the OFW had a heated argument with the Tunisian co-worker and a fist fight started between them. The OFW then stabbed the victim to death. The OFW said that he only acted on self-defense as the Tunisian threw the first punch which hit him in the head. There are 4 OFW witnesses who are the OFWs co-worker as well as the incident happens.
The consulate is looking at the case extending legal assistance to the OFW making sure that he is properly represented in court and ensuring that the OFW is given a fair trial.
The OFW is presently detained while an investigation of the incident is ongoing.
Saudi Sharia Law states that murder or homicide is punishable by death by hanging or beheading.

That split second that we let anger take over could cause as a lot.
For example, in a traffic situation when someone tried to cut in front of you, a sudden outburst may lead to a potential brawl.

Here are some tips on how to control your anger:

Relaxation
Learning to relax and remain cool in a certain situation may help you prevent a sudden outburst of anger. Like in the situation of the OFW, he could have handled the situation if he kept his cool over his lost day-off.

Changing the way you think
Having a different perception of things could save you from regrets. If only the OFW think of his canceled day-off as another money-making opportunity, it could end up more peacefully rather than picking a fight.
Sponsored Links

Problem-solving
Making a plan is key.  Most of our come from a problem we don't know how to solve or deal accordingly. If we could solve it, it will not result in anger.

Better Communication
When we are not aware of what is happening around us, we tend to misunderstand things or being misunderstood, and it could irritate us. In a foreign territory with diverse culture, the best way to thrive is to communicate.

Make Use Of Some Humor
Humor makes us chill. Hang with people with a high sense of humor. They are everywhere. Stay away from anger and stress and try to live harmoniously with your co-workers.

The best way to deal anger is to surround yourself with good friends and good friendships are not bound by color, culture or race. 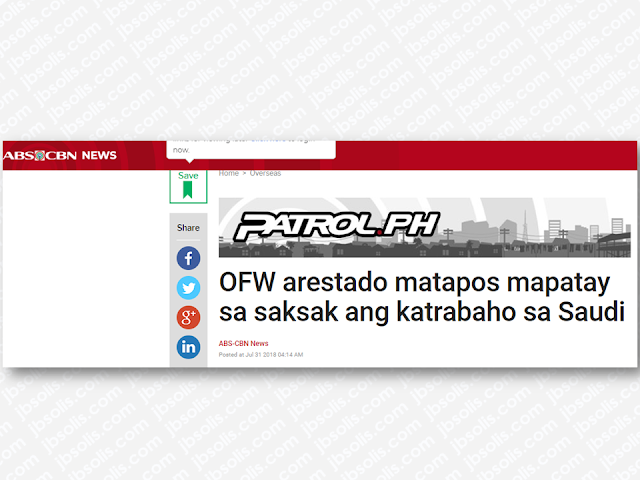 What is OWWA’s Tulong Puso Program and How OFWs or Organizations Can Avail?

Do You Know That You Can Rate Your Recruitment Agency?


Find Out Which Country Has The Fastest Internet Speed Using This Interactive Map
©2018 THOUGHTSKOTO
www.jbsolis.com
Share