Share
The much-awaited iDOLE Card or the OFW ID which will serve as a replacement for the overseas employment certificate (OEC) has been canceled and will no longer be distributed to the overseas Filipino workers (OFW) due to some people within and outside the Department of Labor and Employment (DOLE) who allegedly want to make money out of it, according to Labor Secretary Silvestre Bello III.
Advertisement 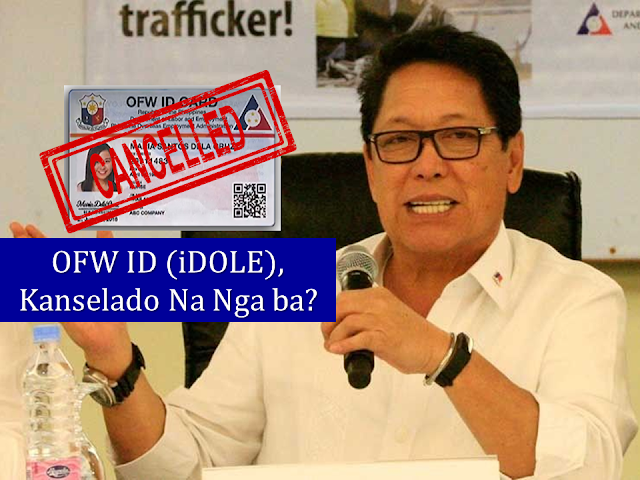 
On July last year, OFWs opposed the Php700 charge in acquiring iDOLE when some of them visited the DOLE website and was asked to pay the said amount for availing the card but the Department of Labor and Employment assured the OFWs that they may get it without any fees.

In a report from GMA 7, Labor Secretary Bello disclosed the cancellation of the implementation and distribution of the OFW ID. 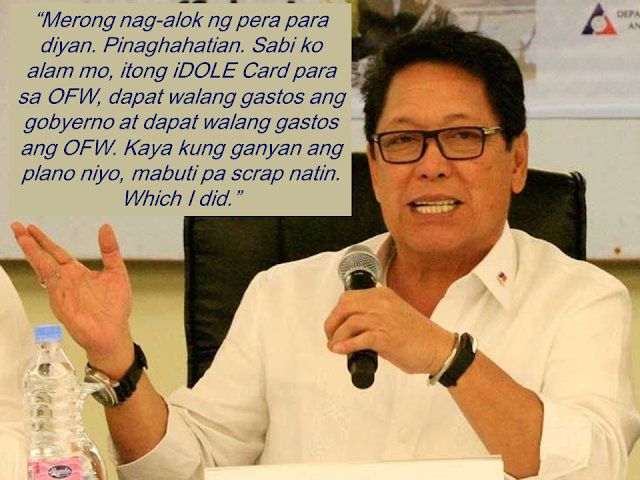 Bello also added that the iDOLE project will be temporarily scrapped until the government finds a system that will provide an I-DOLE Card to the OFWs at no expense to the government and especially at no expense to our OFWs.
An issue arises when a certain lawmaker said that DOLE is charging Php720 for the distribution of the OFW ID which is supposedly free of charge to the OFWs.
DOLE announced last year the abolition of the OEC and replacing it with more convenient iDOLE Card. This will also end the collection of OEC fees which bring hassle to OFWs on vacation as well as newly hired OFWs.

With sweet promises of convenience to the migrant workers, the OFWs eagerly await for the iDOLE card until this issue about the said ID arises. 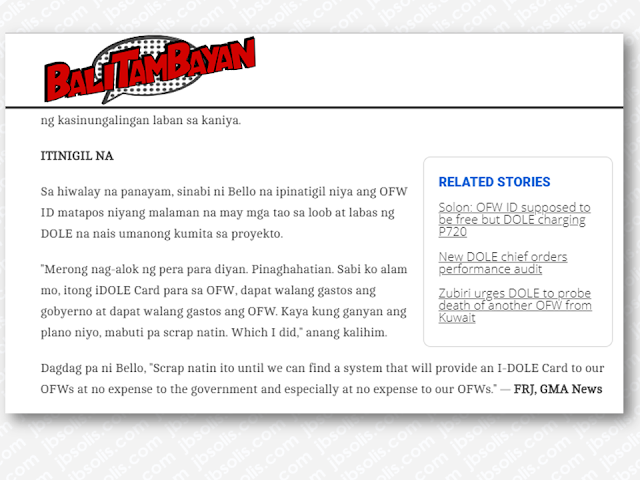 READ MORE:
11 OFWs Illegally Detained In A Room For 1 Week, Asking For Help