Share
As overseas Filipino workers (OFW), in an unfamiliar territory, we are expecting a sense of compassion from our own countrymen and fellow-OFWs.
From time to time, we would meet our fellow Filipino who are under a distressfull situation. Are you willing to give a hand?
Desperate situations result in desperate actions that's why we often see social media posts of our fellow OFWs asking for help using social media. If they are lucky enough, some private and government agencies like Philippine Overseas Employment Administration (POEA), Overseas Workers Welfare Administration (OWWA) through Phillippine Overseas Labor Offices or even the Philippine embassy's Assistance To Nationals Unit of their host country would be informed and rescue them in time. 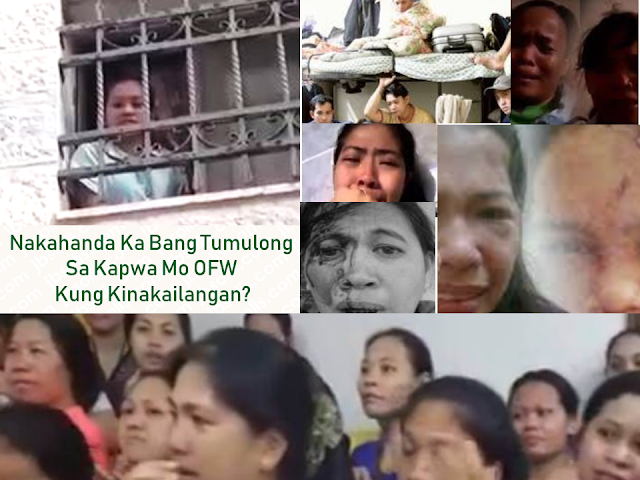 
Just what an OFW did to a certain OFW who looked so burdened and problematic. The name of the OFW is Retchel Granada, 32, hailed from General Santos City, who was allegedly dropped by her employers to the airport  In Kuwait without anything except the clothes that she was wearing.

The good samaritan that noticed her from the airport shuttle, initiated a conversation to know her situation and even asked other passengers to help OFW Retchel is AG Manzano Crisostomo.
She even accompanied Retchel to OWWA for whatever assistance that she could get. She posted Retchel's story on social media hoping that she could get more help. The post had over 12,000 shares and almost 4,000 comments of which admire the OFWs good heart. Another OFW, Joan who is working as a household worker in Jordan, is in a distressfull situation as her male employer was allegedly tried to molest her a number of times.
She tried to get help from another OFW by sliding a letter through her window. According to Shella, Joan said that the only thing that stops the employer from raping her was the plastic sliding door which she was putting her cabinet against to keep her male employer from getting to her. 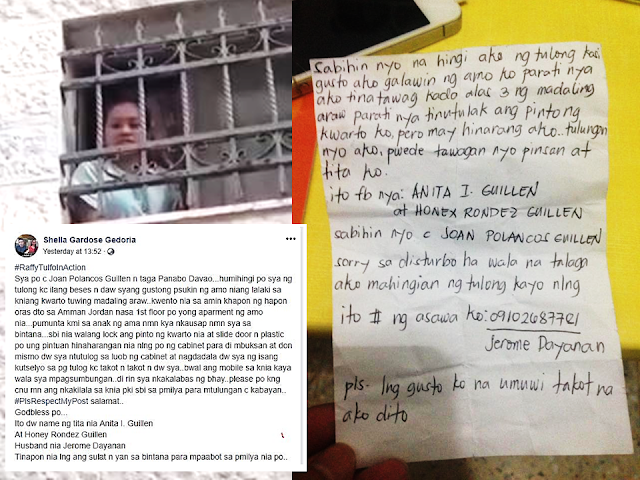 Out of fear of being raped, Joan would also often sleep inside the cabinet with a knife in hand to defend herself should her perverted employer attacks. She was not allowed to use a mobile phone.
Shella decided to share Joan’s story hoping that it could reach proper authorities and rescue her.

Meanwhile, on July 3, 2018, a video of an OFW in Riyadh Saudi Arabia had circulated on social media asking for Raffy Tulfo’s help. Arnel N. Ditua a.k.a Jose Carlos was forced by his employer to work without pay for six months, even after his contract had ended.

Three days after his video was posted, Labor Attache Nasser S. Mustafa with the cooperations of POLO-Riyadh, Community Investigative Support, Guardians (RUBBII, EUGII, etc.) and Filipino Community-KSA initiated a rescue operation on July 6, 2018. Instead of waiting for the rescue workers to arrive, the authorities instructed Arnel to ride a taxi straight to the Philippine Embassy, which made the operation easier.


READ MORE:
Find Out Which Country Has The Fastest Internet Speed Using This Interactive Map