Saudization Starts In This 3 Major Job Sector in Saudi Arabia 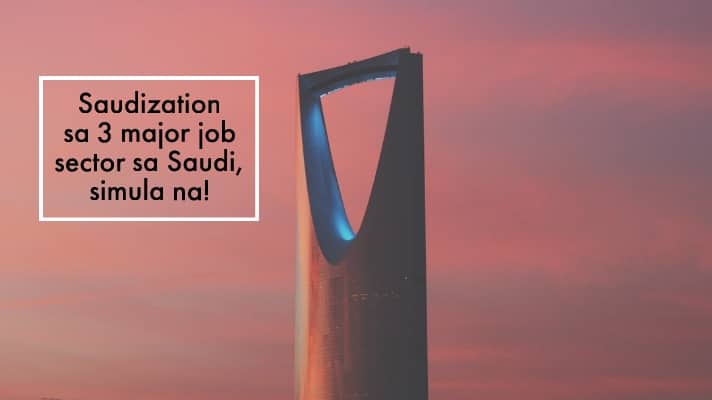 As part of the second phase of Saudization, three key job sector in Saudi Arabia have now started nationalizing their workforce this month of November.

According to the directives of the Ministry of Labor and Social Development, 70% of jobs in electrical and electronic shops, watch shops and optical stores will be exclusive to Saudi nationals.
Ads
Sponsored Links

This development has already started last November 9. The said three sectors are part of 12 major job sectors in the Kingdom that is now embracing Saudization.


The first phase of Saudization took effect last September 11, 2018, in the following sectors;

Meanwhile, the third phase will take effect next year and will start on January 7! This time sectors that will implement Saudization will be the following;
And to make sure that Saudization is fully implemented, the Ministry of Labor is deploying male and female inspectors to monitor and raid shops for possible violation. The Ministry warns of punitive measures against violators. 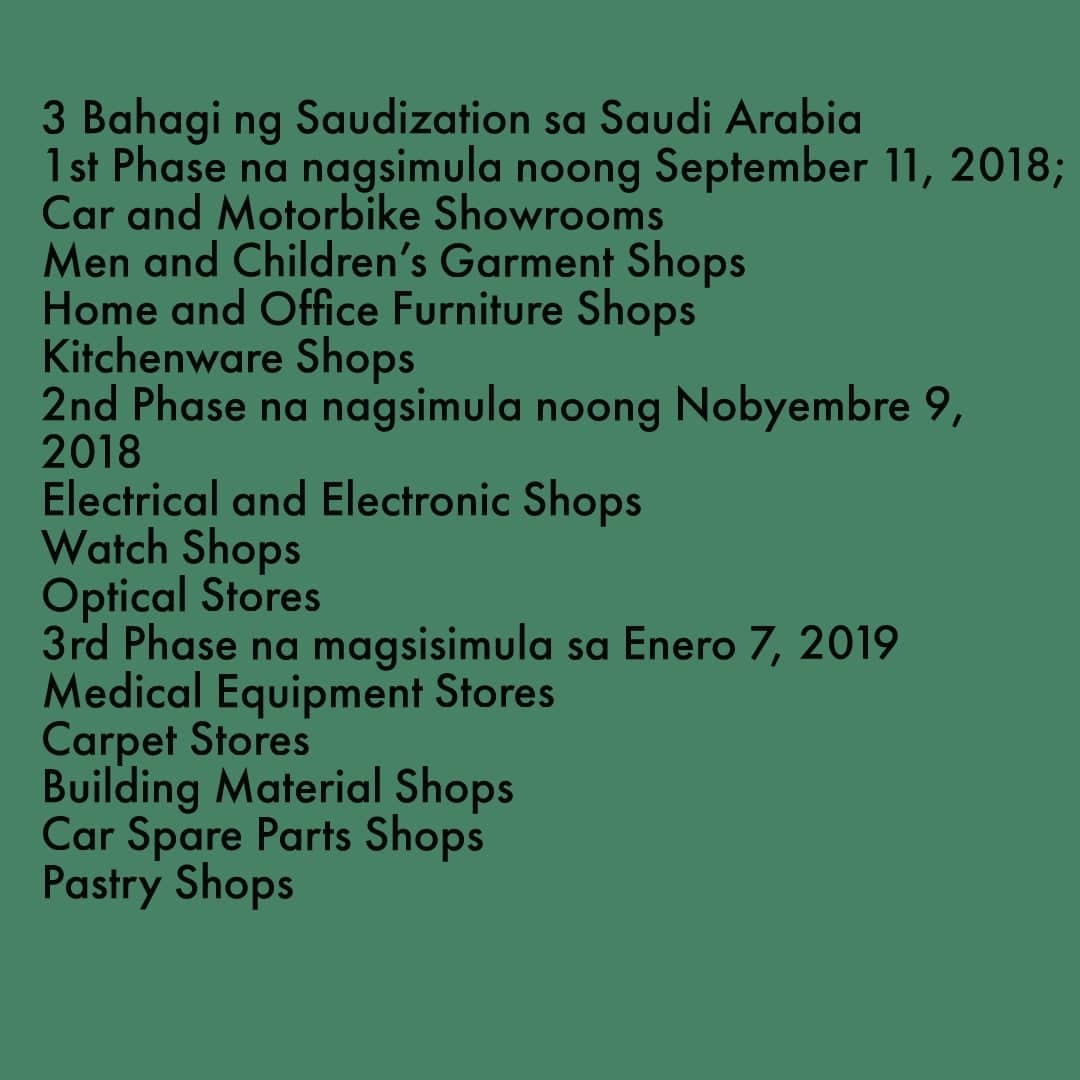 
On the other hand, the Council of Ministers reported that the contracts of more than 71% of expats working in government jobs in Saudi Arabia have been terminated! In line with this, the Ministry of Civil Service will find qualified Saudis to fill vacancies as a result of terminated contracts of expat workers! 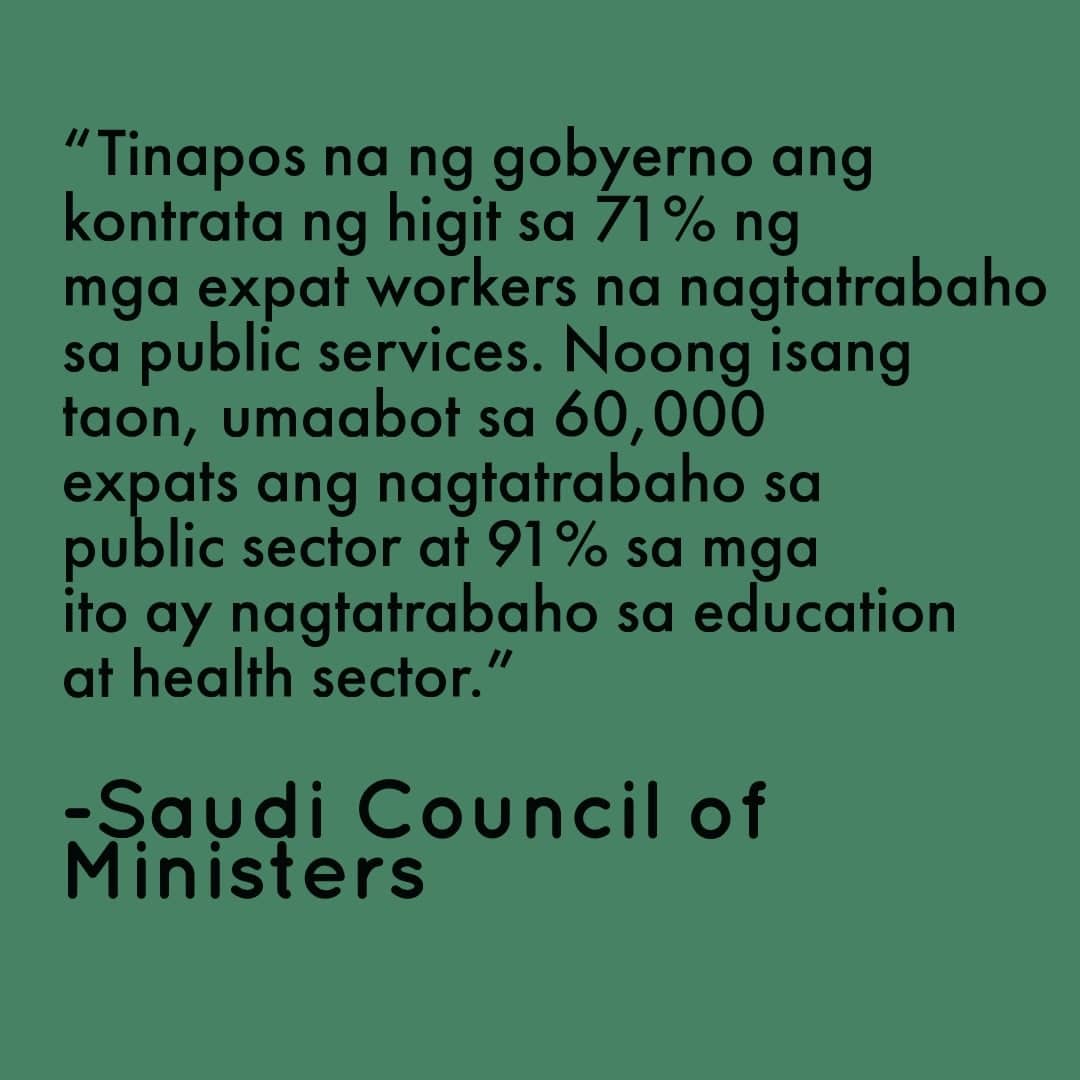 Last year, there are around 60,000 expats working in the public sector of Saudi Arabia and according to the statistics, 91% of these are employed in the education and health sectors!
Speaking of expatriate workers in Saudi Arabia, the Directorate General of Passports (Jawazat) is calling on all foreign workers to register their biometrics! It said that those who have not registered yet must visit Jawazat offices and get their fingerprint scanned in the electronic system.