Lowering Criminal Responsibility to 13? Here's How the CHR Reacts 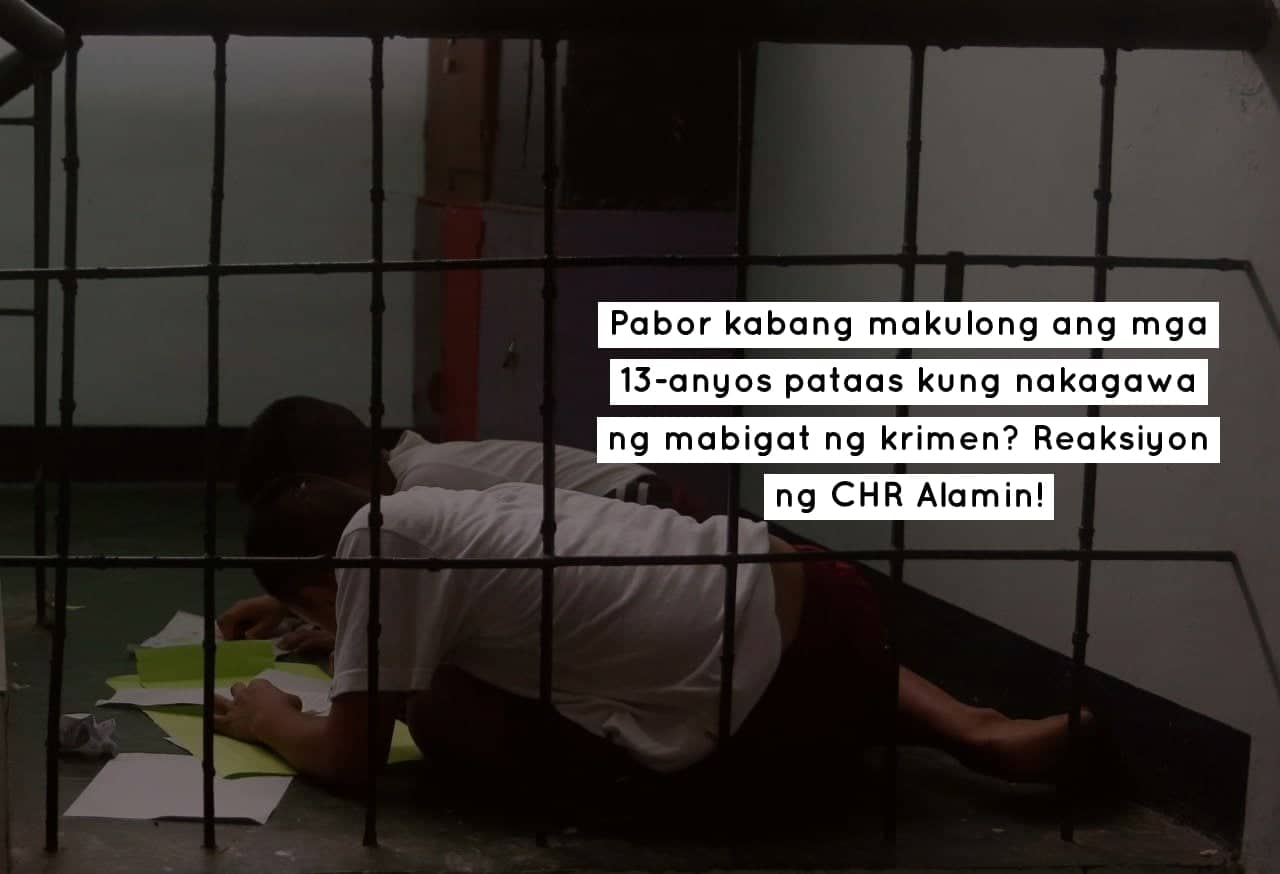 With the increasing number of crimes committed by minors nowadays, Senate President Vicente Sotto III filed a bill seeking to lower the age of criminal liability.

From 15 years old under Republic Act 9344 or the Juvenile Justice and Welfare Act of 2006, Sotto wants to lower the age to 12 under his Senate Bill 2026. The reason it said is the alarming rise in the number of crimes committed by minors. Sotto added that criminal syndicates are abusing the provision of RA 9344 by using minors to commit crimes.
Ads
Sponsored Links
Under Senate Bill 2026, a child proven to have acted without discernment would be exempt from criminal liability and shall be subject to the appropriate intervention program under the law.

Children aged 9 to 12 years old found guilty of committing serious crimes such as parricide, murder, infanticide, kidnapping, and homicide, shall be deemed neglected children under the Child and Youth Welfare Code. These children shall be placed in a special facility within the youth care faculty or Bahay Pag-asa.
Ads

President Rodrigo Duterte supports the House Bill and blamed Senator Francis Pangilinan who is the author of Juvenile Justice Law in 2006. Duterte said because of the said law, law enforcers are now dealing with a lot of crimes by minors because of the said law that allows offenders to be released if they are 15 years and below.

As expected the Commission on Human Rights (CHR) is not in favor and strongly opposing the said measure. CHR Spokesperson Jacqueline de Guia said it is the responsibility of the government to mold the youth and not to send them in prison at an early age. 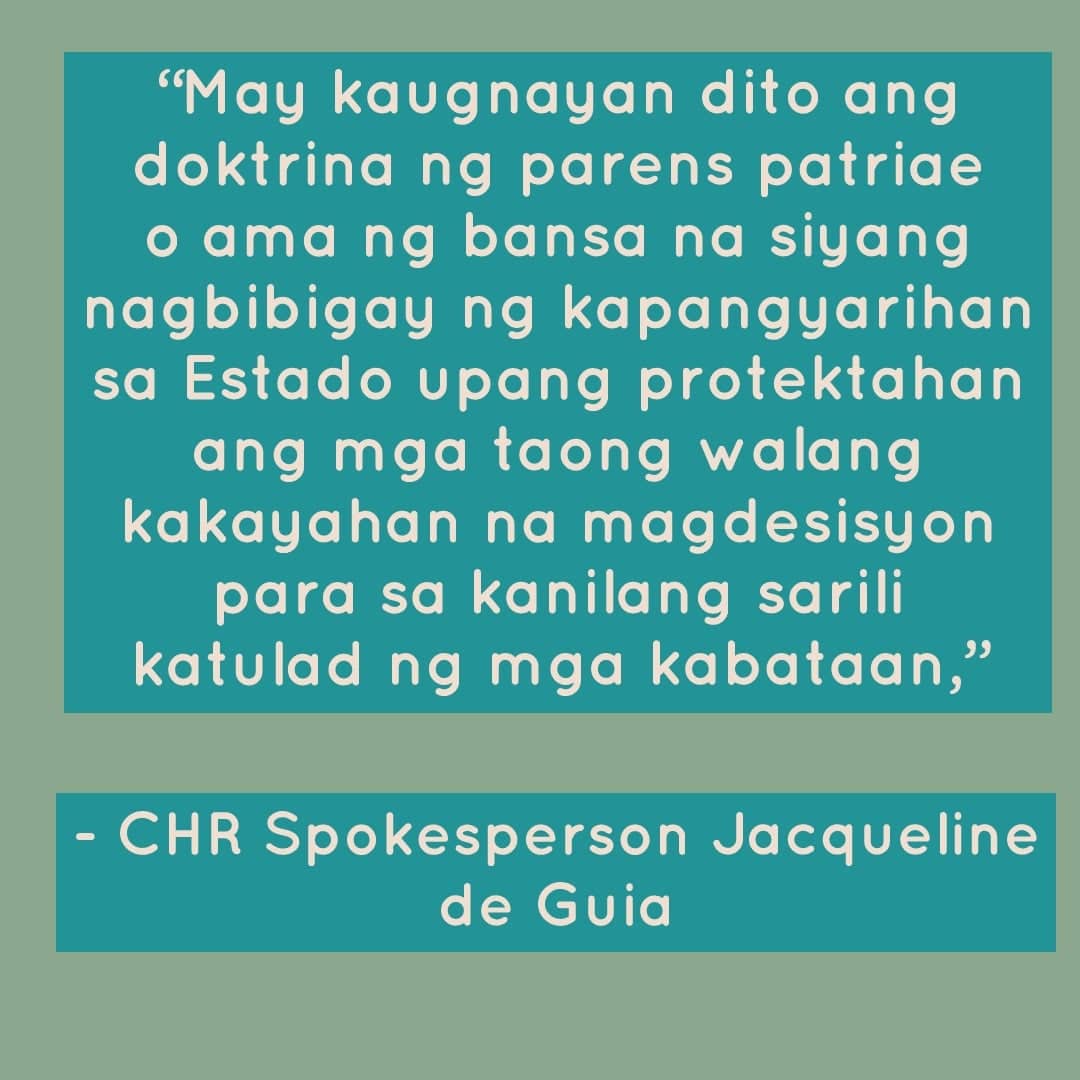 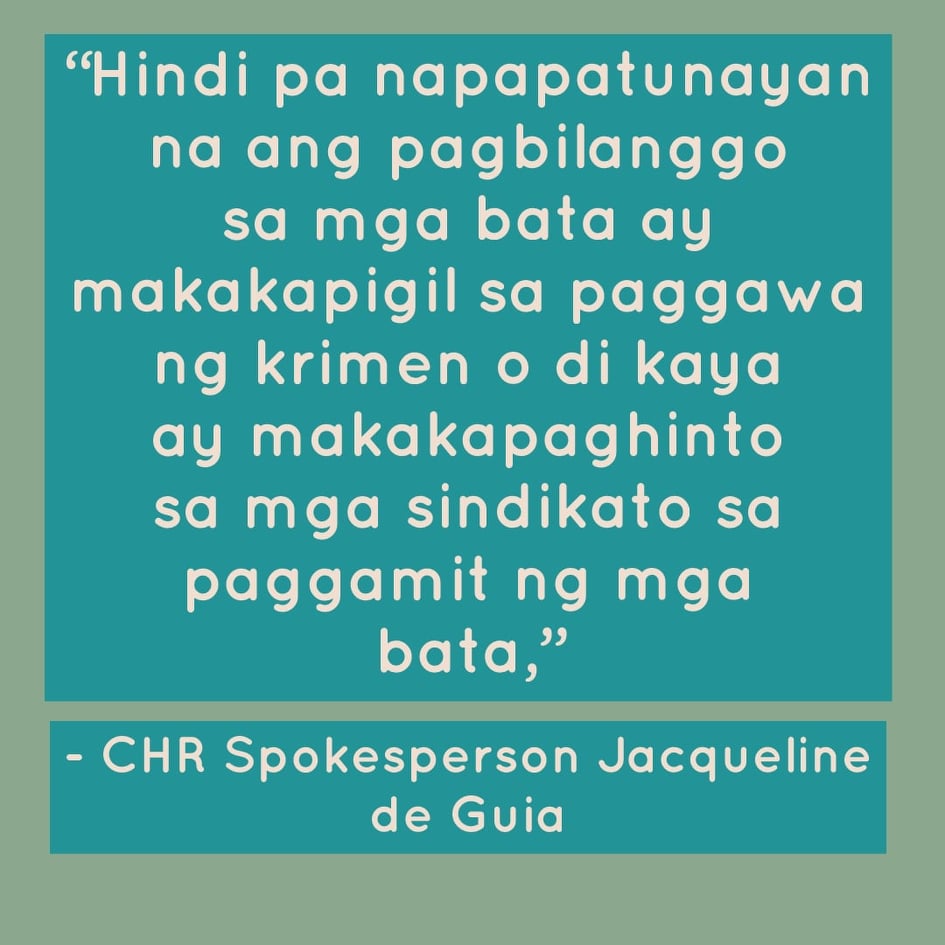 CHR Commissioner Gwendolyn Pimentel-Gana believes that when the age of criminal liability is lowered, the children will be rob of their future. 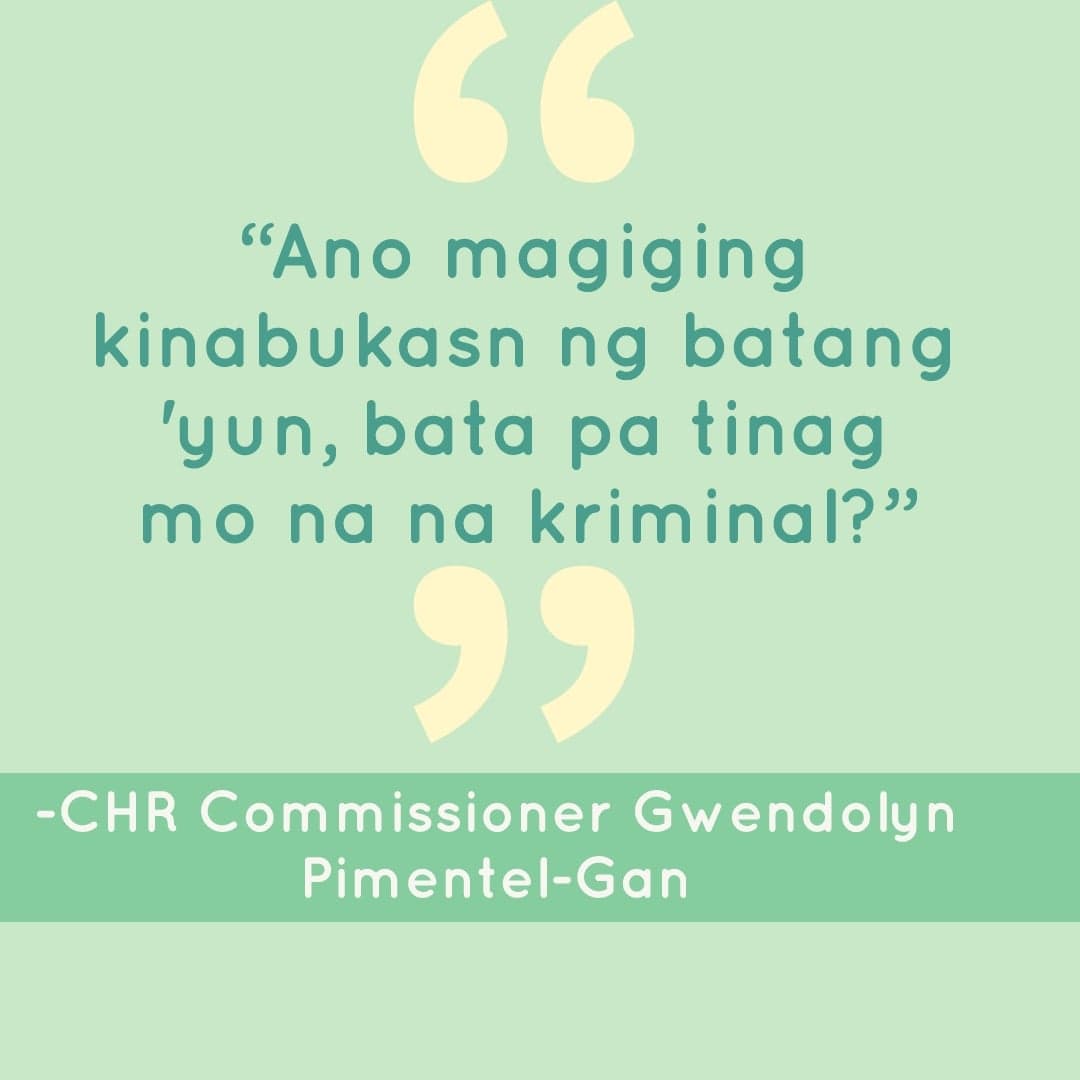 For Salinlahi Alliance for Children’s Concerns, the government must focus on the issue of poverty because this is the number one reason why minors commit crimes. 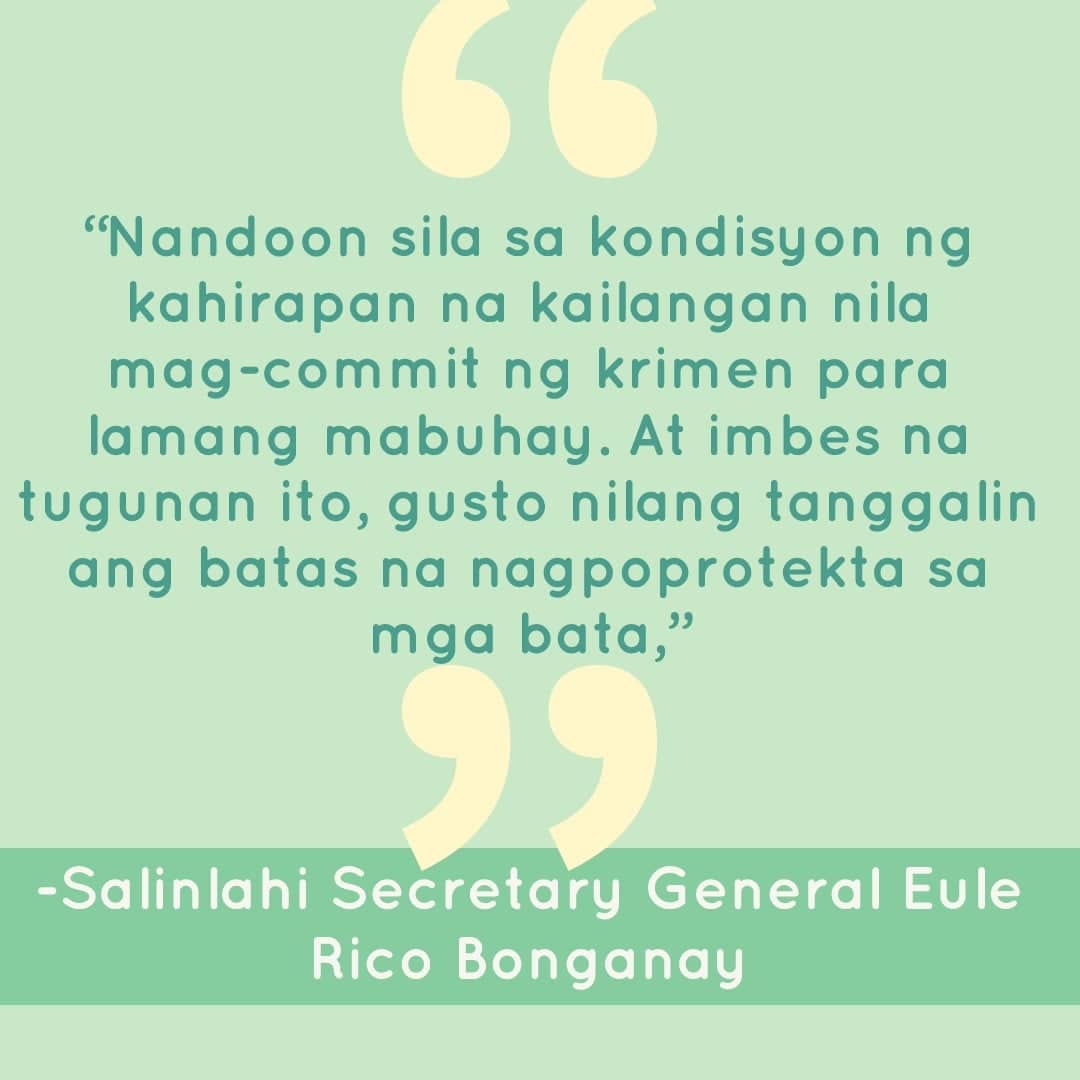 In a study conducted by Salinhali base on the data of the Department of Social Welfare and Development (DSWD) in 2016, there are around 10,000 children involved in crimes.